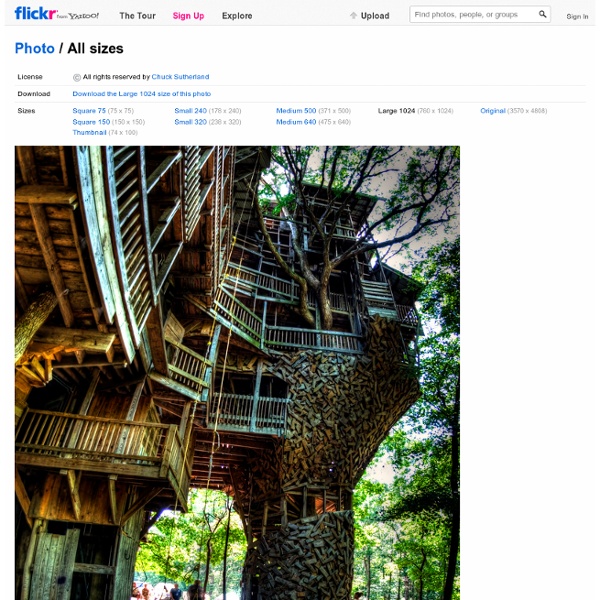 Designed as a Fairy-Tale Houses Designed as a fairy-tale houses are not a fairy tale but a reality .. Yes you read that this is not fake and comics this is the reality .. These are fully functional home and they are leading a normal life. Own house designs are different, the colors, shapes, environments, to the size. Enjoy and if you like fairy tales will easily recognize that the house belongs to which story … Accident Architecture , Designed , Fairy-Tale , Houses , World Wonders

30 Amazing Conceptual Photographs Photography is always about capturing the meaning, significance and essence of a moment in time, however, conceptual photography takes this idea to the extreme, by capturing a thought, idea, or message to the viewer and communicating it in a clever and interesting method. We’ve gathered up 30 awe-inspiring conceptual photographs that will make you take a moment to look a little bit closer and try to decipher the message of each photograph. If you love these photography roundups, check out our other posts: sidewalk chalk guy sidewalk chalk guy «« back to gprime.net all material copyrighted by its original creator | Top 100 Photos of the Year 2012 *Please note the photographs themselves were not necessarily taken in 2012, they just happened to be featured as a POTD this year. The pictures are also listed in reverse chronological order. There is no ranking amongst the photos

This Damn Beautiful Autumn - Fall in Photographs You could easily argue that autumn is the most beautiful season of the year. Leaves turn to yellow, orange, and bright shades of crimson. They fall like a shower from the trees, giving us a way to watch the wind dance.

Jade Mountain St. Lucia: Where All Rooms Have Infinity Pools Located in the eastern Caribbean Sea, Jade Mountain in St. Lucia is one of the most incredible resorts the Sifter has seen. Each room has only three walls and a private infinity pool with stunning panoramic views of the beautiful Caribbean. 3D Street Art at WomansDay.com - Trompe L'oeil Art Using an art technique called trompe l'oeil (French for “deceives the eye”), pavement and mural artists can transform a neighborhood, turning commonplace buildings and sidewalk stretches into fanciful settings, such as an enormous, interactive bowl of wontons or a walkway-bisecting gorge. But, luckily for us, it's through a picture—taken at the right angle—that a trompe l'oeil artwork truly comes to life. Below, check out photos that capture some of the most mesmerizing temporary street art. "The Crevasse" by Edgar Müller

The 10 Most Adorable Unusual Animal Friendships Ah, interspecies animal love – it’s something we simply adore at the PBH Network. So we did a little research and found the 10 most adorable unusual animal friendships for your viewing pleasure: 10. A Chimpanzee Adopts An Orphaned Puma Cub At the The Institute of Greatly Endangered and Rare Species in South Carolina, 5 year old chimpanzee Anjana took up the task of helping to hand-raise an orphaned cub named Sierra. The results were expectedly adorable!

Best Photos of Venice: The Land of Romance - AmO Images: Capturing the Beauty of Life - AmO Images: Capturing the Beauty of Life "This was Venice, the flattering and suspect beauty - this city, half fairy tale and half tourist trap, in whose insalubrious air the arts once rankly and voluptuously blossomed, where composers have been inspired to lulling tones of somniferous eroticism." "Red Boat" Photo by MorBCN Symmetric Alphabet Symmetric Alphabet Love it! Would love it even more if I could link to the artist/creator. Update: It’s made by Scott Kim. Thanks @rbrockerhoff Apple Logo Art If you wanted to have original and cool looking Mac laptop, then check out these awesome designs from Etsy. National Geographic Photo Contest 2011 - In Focus National Geographic is currently holding its annual photo contest, with the deadline for submissions coming up on November 30. For the past nine weeks, the society has been gathering and presenting galleries of submissions, encouraging readers to vote for them as well. National Geographic was kind enough to let me choose among its entries from 2011 for display here on In Focus. Gathered below are 45 images from the three categories of People, Places, and Nature, with captions written by the individual photographers. [45 photos] Use j/k keys or ←/→ to navigate Choose: Many people pilgrimage to Uluru, but what is seen there often depends on where you've come from.

Matthew Albanese's incredible landscape art made from household objects These stunning landscape images should belong in National Geographic magazine but they are actually models made using household items. Artist Matthew Albanese spends hours on his sculptures â whose materials include tile grouting, cinnamon and steel wool â and then brings them to life using clever photography. Some of his designs are less than 1m (3ft) long but the remarkable effect is gained by the angle of the camera. Mr Albanese, 26, began making his Blue Peter-style models two years ago and has already sold seven of his works for more than £600 each.