20 lbs en kg - Buscar con Google. Roman vlasov imagines what putin's house might look like. Inside j balvin's japanese-inspired sanctuary in colombia. Contemplation, tranquility and a constant relation between interior and exterior are the key principles of this house designed by 5 sólidos for colombian superstar j balvin. located in llanogrande, just 30 minutes from medellín, colombia, casa dos aguas was inspired by a japanese aesthetic oriented towards openness and spatial fluidity, something balvin encountered after a trip to japan. 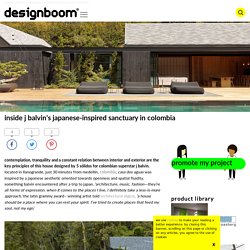 ‘architecture, music, fashion—they’re all forms of expression. when it comes to the places I live, I definitely take a less-is-more approach,’ the latin grammy award– winning artist told architectural digest. We visit sleek Costa Brava house by Mathieson Architects. A white retreat unites minimalism and the Costa Brava landscape This serene Costa Brava retreat is a combination of white, minimalist volumes and expert architectural framing of the surrounding landscape, designed to perfection by Sydney-based studio Mathieson Architects This timelessly elegant Mediterranean retreat presents an image of white-walled perfection, offering spectacular landscape views from within. 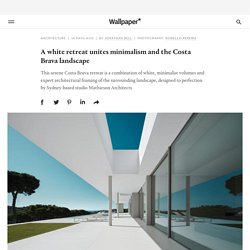 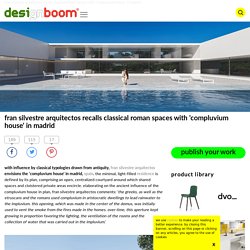 10 of the best remote hotels to switch off in. If you're looking to take a holiday off the beaten track, Dezeen has picked 10 remote hotels – including a secluded guest lodge in the sands of the Sharjah desert and a three-room Greek retreat that overlooks the Mediterranean Sea. 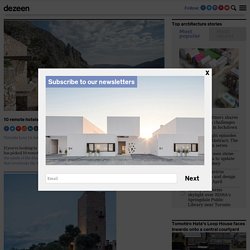 Tainaron Blue Retreat, Greece, by Kostas Zouvelos and Kassiani Theodorakakou A 19th-century defence tower is host to this three-room hotel on Cape Tainaron – the southernmost point of mainland Greece. Looking out over the Mediterranean Sea, the thick stone building has been carefully restored so that it appears to "emerge from the rock upon which it was founded". 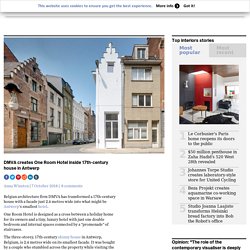 One Room Hotel is designed as a cross between a holiday home for its owners and a tiny, luxury hotel with just one double bedroom and internal spaces connected by a "promenade" of staircases. Deborah Berke Partners completes low black residence in Connecticut. This low-slung residence in rural Connecticut, completed by New York firm Deborah Berke Partners, is clad in black siding to blend into the surrounding forest. 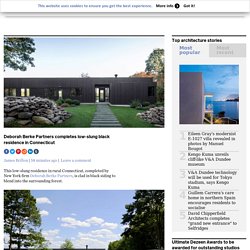 The Sackett Hill House is located in the town of Warren, roughly two hours from New York City by car. João Vieira de Campos completes minimal concrete house in Porto. OPA's sunken cliffside residence gets go-ahead. Open Platform for Architecture is moving forward with plans to build a subterranean residence that will slice into a mountain near Beirut and feature a glass swimming pool for a roof (+ slideshow). 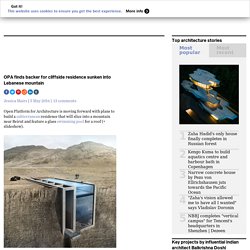 OPA originally released plans for Casa Brutale in July 2015, with no site, client or budget to build it. But the viral success of the renderings has now brought forward a backer with a plot of land on Faqra mountain near Beirut and a budget of $2.5 million (£1.7 million). The project is expected to break ground this summer and its owner will be Alex Demirdjian, the chief executive of Lebanese real estate agent Demco Properties. Hong Kong warehouse into home for two artists, four dogs and a cat. Hong Kong studio Lim + Lu has converted a former printing press into a loft apartment for an artist couple, featuring white walls, sliding steel partitions and bright red pipes. 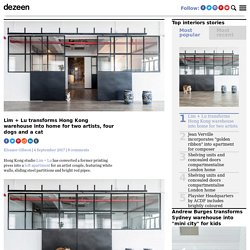 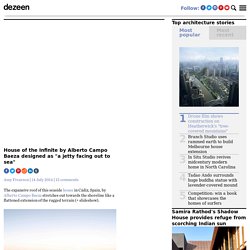 VT House, also known as "house of the infinite", was conceived by Spanish architect Alberto Campo Baeza first and foremost as a piece of landscape architecture, with its architectural elements sunken underneath. "We have erected a house as if it were a jetty facing out to sea," said the architect. "On this resoundingly horizontal plane, bare and denuded, we face out to the distant horizon. " The building comprises a bulky rectangular box, 20 metres wide and 36 metres deep, although the extensive upper terrace gives the impression that the structure is much larger. Reyes ríos + larraín completes cliff-side home in mexico. 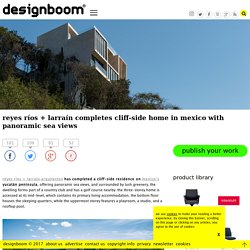 The most beautiful homes surrounded by nature. 40 Incredible Lofts That Push Boundaries. Like Architecture & Interior Design? Follow Us... In this collection we've put together some of the entries of the Evermotion 'Whole Lotta Loft' competition that are sure to blow your mind. Incredible designers from the world over have poured their hearts, souls, and creativities into these spaces - and you won't believe what they've come up with. Explore ultra modern, boho chic, old airplane hangers, and even a loft with a seaworld sized aquarium. While some of the design elements you may be able to incorporate into your own space - this post is really all about dreaming. Tadao Ando's Casa Monterrey nestles against a hillside in Monterrey. This house in Mexico by Japanese architect Tadao Ando boasts a swimming pool that projects from a hillside and concrete walls that frame views of the Sierra Las Mitras mountains (photos by Edmund Sumner + slideshow).

Mirage house by Kois Architects to feature rooftop infinity pool. An infinity pool will form the roof of this cavernous house designed by Athens studio Kois Associated Architects for the Greek island of Tinos (+ slideshow). Designed for the rocky terrain that makes up the island's south-west coastline, the Mirage house is conceived by Kois Associated Architects as "an invisible oasis" where residents can enjoy panoramic views over the Aegean Sea without giving up their privacy. The team decided to bury part of the building in the landscape and then create a large open-air living room in front. These will all be sheltered beneath the rooftop pool, which will act as a huge mirror to help the building camouflage with its surroundings. "Some of our clients' major concerns were visibility and privacy," project architect Nikos Patsiaouras told Dezeen.

Brick architecture and design projects. Casa AL by Studio Arthur Casas sits between a mountain and the ocean. Brazilian firm Studio Arthur Casas was invited to choose the location for a client's idyllic Rio de Janeiro residence, and selected a hillside plot facing out towards the ocean (+ slideshow). Designed to take advantage of Rio's dramatic landscape, Casa AL was built as the home for a long-standing friend of Studio Arthur Casas, whose previous projects include a golden house in São Paulo and a lakeside family residence. Stunning Spanish Home Built Around Transparent Rooftop Pool - My Modern Met. For The Love of Wood. Wood is both universal and unique. No other material is as deeply embedded in the history, culture and life of humans worldwide as wood, yet every single piece of wood is unique.

The color tone, texture, durability, flexibility and even sound qualities of different tree species have puzzled and challenged artists, architects, designers, builders and artisans for thousands of years. Still today, nothing matches wood in versatility or beauty, so it is great to see how today’s designers and architects continue to face the challenge of wood, and use it creatively to interpret sleek, modern designs. They use wood to meet their current needs and desires for which wood is ideally suited.