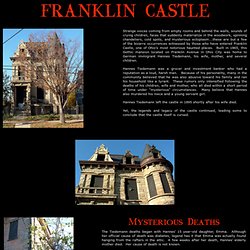 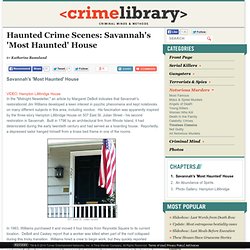 His fascination was apparently inspired by the three-story Hampton Lillibridge House on 507 East St. Julian Street - his second restoration in Savannah. Built in 1796 by an architectural firm from Rhode Island, it had deteriorated during the early twentieth century and had served as a boarding house. Reportedly, a depressed sailor hanged himself from a brass bed frame in one of the rooms. 507 East St. In 1963, Williams purchased it and moved it four blocks from Reynolds Square to its current location. 3rd Floor Window One worker reportedly went to an upper story to investigate a loud noise in a room supposed to be empty. (4) The Conjuring. 'The Conjuring' IS based on a 'true story'…our story. 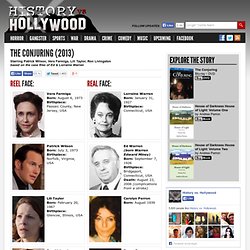 However, the film is not based on my trilogy 'House of Darkness House of Light'. It is, instead, based upon the case files of Ed & Lorraine Warren. ... There are liberties taken and a few discrepancies but overall, it is what it claims to be — based on a true story, believe it or not. (4)Living in a Haunted House. 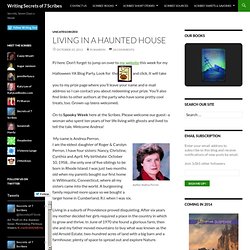 Don’t forget to jump on over to my website this week for my Halloween YA Blog Party. Look for the and click. It will take you to my prize page where you’ll leave your name and e-mail address so I can contact you about redeeming your prize. You’ll also find links to other authors at the party who have some pretty cool treats, too. On to Spooky Week here at the Scribes. My name is Andrea Perron. (4) History of the Perron family. History of the Perron family and the Harrisville Haunting (true story behind the movie The Conjuring) // July 21st, 2013 // Violent Ghosts Ed and Lorraine Warren had been investigating paranormal activity since the early 1950’s. 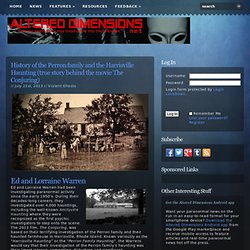 During their decades-long careers, they investigated over 4,000 hauntings, including the well-known Amityville Haunting where they were recognized as the first psychic investigators to step onto the scene. The 2013 film, The Conjuring, was based on their terrifying investigation of the Perron family and their haunted farmhouse in Harrisville, Rhode Island. Known variously as the “Harrisville Haunting” or the “Perron Family Haunting”, the Warrens would say that their investigation of the Perron family’s haunting was their “most intense, compelling, disturbing and significant investigation” of their careers. Seeking to move the children to a quieter home life in the country, Roger and Carolyn Perron purchased their dream home in the winter of 1970. 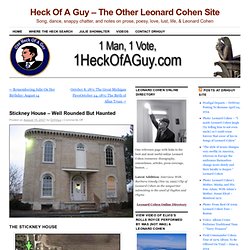 Built in 1836 as the residence of George and Sylvia Stickney, The Stickney House (AKA The Stickney Mansion) building is known for its rounded corners, a structural detail resulting, in this case, from the sacrifice of architectural efficiency to the percepts of spiritualism. Corners were forbidden the architect by the Stickneys, who were followers of a form of Spiritualism which held that evil spirits could be trapped in square corners or even be attracted to them with catastrophic consequences. (6) History. There is a beautiful old mansion in Bull Valley. It's known as the Stickney House and seems to be mostly famous for having no corners and once being home to séances.

Further investigation reveals so much more history about this remarkable man and his life. His home certainly worth saving and his history is an important part of McHenry County. George Stickney was born in Jaffrey, Cheshire County, New Hampshire, June 26, 1809. His father was a war hero, having served as a cavalry Captain in 1813. (7) Ashmore Estates. (8) The Erie Mansion. (8)Investigating the Paranormal. (8) Eerie mansion investigation. (9) Rowan Oak. (10) Pittock Mansion.