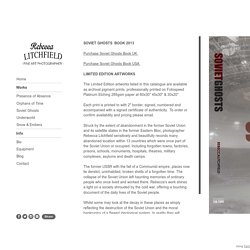 To order or confirm availability and pricing please email. Struck by the extent of abandonment in the former Soviet Union and its satellite states in the former Eastern Bloc, photographer Rebecca Litchfield sensitively and beautifully records many abandoned location within 13 countries which were once part of the Soviet Union or occupied. The former USSR with the fall of a Communist empire, places now lie derelict, uninhabited, broken shells of a forgotten time. 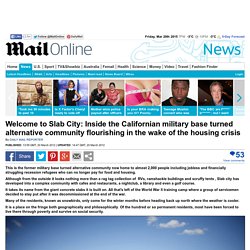 Although from the outside it looks nothing more than a rag tag collection of RVs, ramshackle buildings and scruffy tents , Slab city has developed into a complex community with cafes and restaurants, a nightclub, a library and even a golf course. It takes its name from the giant concrete slabs it is built on. All that's left of the World War II training camp where a group of servicemen decided to stay put after it was decommissioned at the end of the war. Many of the residents, known as snowbirds, only come for the winter months before heading back up north where the weather is cooler. It is a place on the fringe both geographically and philosophically. Residents chat over a bite to eat. Residential Sites. 100 Abandoned Houses. Economic Crisis in Spain. Spain is one of the countries hardest hit by the European economic crisis. 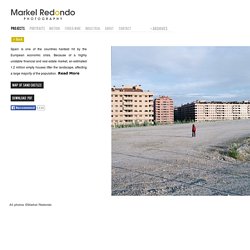 Because of a highly unstable financial and real estate market, an estimated 1.2 million empty houses litter the landscape, affecting a large majority of the population. In parallel, unemployment figures are growing to such an extent that cities are experiencing unemployment rates as high as 40%. I visited several ghost towns and documented the daily lives of unemployed people in Espera and Moron de La Frontera, two Andalucian towns where unemployment levels are among the highest in Spain.

And yet, as a proactive attempt to find ways of tackling the crisis, many are organizing themselves to protest and to request local companies to recruit new workers. In Moron, the tactics are perhaps more urgent, with unemployed civilians mobilizing to gather potatoes missed by the farmers' harvests in an attempt to survive; either through sales or as a simple source of food.

Ireland in the Time of Recession. Caption: Anti-government demonstration The recession in Ireland began in the autumn of 2007 and has dominated Irish media reports and general conversations in the intervening years. 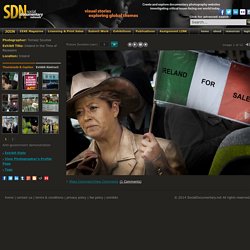 The Irish people have struggled with the repercussions of the financial crisis, which has altered the economic, political and social landscape of the country. The result of this has been a reshaping of their lives in a way they didn’t expect. Number of demonstrations rolled across Dublin streets in recent months. Foreclosed Dreams. Caption: Kids toys left behind in a foreclosed house in Talahassee, Florida, United States Owning a home was once the American dream. 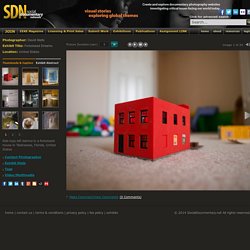 At the peak of the foreclosure crisis, more than one in seven American homeowners were either behind on their mortgage payments or in the process of foreclosure. After a house is foreclosed upon, there is a fleeting moment when the ghosts of the one-time owners are all that is left – before the houses are cleaned and returned to the real estate market. The remaining signs of life photographed during this period of time echo the voices and footsteps that once filled these emptied houses. I chose not to focus on individual families in foreclosure because I wanted to explore the issue from a broader perspective.