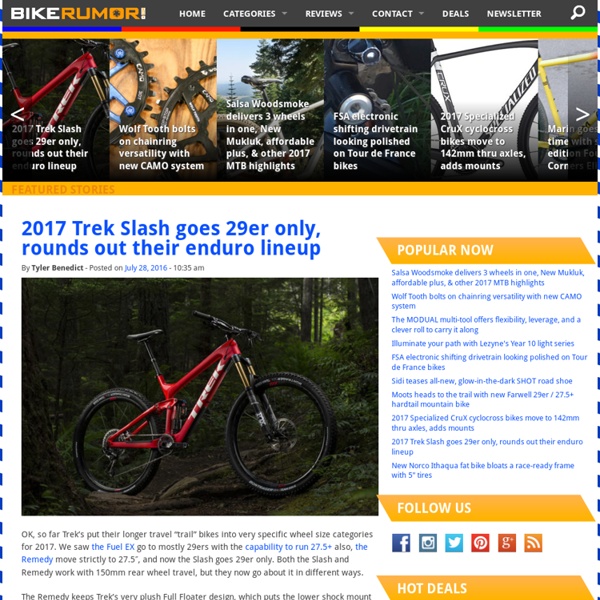 The Recumbent & HPV Information Center Project346 - home cyclingweekly.co Frame builder, mountain bike pioneer, component, wheel and tyre designer, consultant with Trek Bicycle and a hell of a cook, Keith Bontrager has been at the pointy end of the bike industry for over 30 years. A former motocross racer who also tuned engines, Bontrager started building road frames in the late 1970s. He then made some of the earliest mountain bike frames before he sold his company to Trek in 1995, who also hired him as a parts designer and consultant. But Bontrager, now an absurdly youthful looking 59-year-old with a range of experience that is unique in the bike industry, actually started out as a physicist, gaining a degree in the subject from the University of Santa Cruz. “You can look at things, at explanations and say, ‘No, that’s not right.’ You can’t always explain precisely what’s happening but it gives you a solid start point and you can refine it from there. Keith Bontrager racing the three peaks So what about the future?

Chopper Style Bicycles BikeHacks Reader Matteo recently contacted us and noted that he had turned an old wheel into a ceiling light. His bike deco hack kicked my brain into search mode for another post along the same lines, and before I knew it was in full search mode for hacks we have posted related to decorations made from bike parts. A bunch of time typing and mousing through memory lane resulted in this cumulative post. If you have a bike deco hack you would like to have featured on bikehacks.com let us know. 1. Reader Matteo sent along this ceiling light he created which is featured on his website. 2. Reader Song put a bit of a more modern twist on a discarded Spinergy rim that he submitted to us. People usually have a love-it-or-hate-it relationship with Spinergy Rev-X wheels, but when I saw a damaged specimen at a flea market, I figured I just had to buy it and think of something to do with it. 3. Via the blog ViaComIt I stumbled on a great little house decoration hack possibility. 4. 5. 6. 7. 8. 9. 10. 11. 12.

Fietshandel Improving Chain Lubrication The majority of chains used in industry suffer unnecessarily short lives. This leads many companies to forego chains all together and replace them with belts. In most cases, however, the problem is not the fault of the chains but rather the method in which they are lubricated. The current chain lubrication practice consists of applying a heavy oil or grease to the outside of the chain. The majority of chains fail from the inside. Figure 1. A penetrating-type chain lubricant not only displaces water, but also cleans dirt and wear metals out of the pins of the chain and off of the sprockets. The operating conditions (including load, environment, temperature and speed) must also be considered. The method of lubrication is equally important. Lubrication is required between the rollers and bushings, but other important areas to lubricate are the pin and bushing surfaces, which articulate with each other while the chain is under full load.