Giant Anthem X Advanced SL 1 review. The alloy Anthem X is one of the few bikes that totally dominates its class. 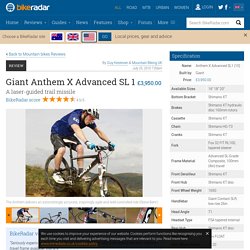 Very few 100mm-travel rides come close on performance, and none do on speed for spend. The brand-new carbon fibre Advanced adds an extra dose of the X-factor for those lucky enough to be able to afford it. Ride & handling: Short travel and extra bulk enable you to command the trail. Home. HAM'R Leaderboard. How UK pros winter-proof their bike. By Sam Dansie | Saturday, November 9, 2013 8.00am Mud, potholes, ice, snow, salt and Noah's flood volumes of rain – the challenges a UK winter serves up are diverse and infinitely disagreeable. 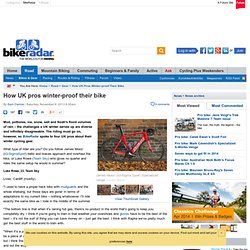 The riding must go on, however, so BikeRadar spoke to four UK pros about their winter cycling gear. The Best Mountain Bike Trails - IBIKERide. If it's Old School, It's in. 2013 Specialized Road, Cyclocross & Triathlon Bikes – Complete Overview & Actual Weights. As with the mountain bikes, Specialized highlighted their key road bike models in a formal presentation, then left us to our own devices to see what else was new across the line. 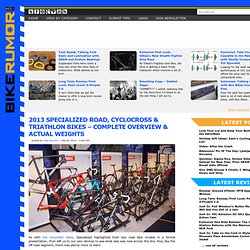 And, like the off road segment, there was plenty more to learn. The big news for road was the all-new Roubaix SL4 with enhanced Zertz damping, size specific frame tuning and tube shapes and sizes and the new Cobl-Gobl’r seatpost. Check the full details on that bike here. A lot of you have asked if anything changed on the Tarmac. Introduced last year, the top of the range SL4 frame remains unchanged, but the lower models see some trickle down improvements, and as you can see from the range above, there’s a color for everyone. Across the entire range, all bikes with a tapered headtube get a carbon fork. Cycling in the northern Alps. As the end of the summer racing season approached I was invited on an ‘Ultimate cycling tour’ by Rpm 90, to take in their very own ‘Tour of Mont Blanc’ including rides through three countries in as many days and some legendary Northern Alpine climbs. 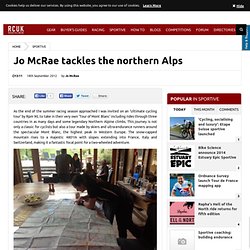 This journey is not only a classic for cyclists but also a tour made by skiers and ultra-endurance runners around the spectacular Mont Blanc, the highest peak in Western Europe. The snow-capped mountain rises to a majestic 4801m with slopes extending into France, Italy and Switzerland, making it a fantastic focal point for a two-wheeled adventure. Chester Road Club - Home. Garmin Edge 200 In Depth Review. Yesterday the Edge 200 was announced as Garmin’s latest cycling computer in the Edge lineup. 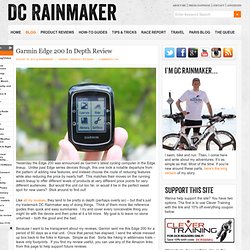 Unlike past Edge series devices though, this one took a notable departure from the pattern of adding new features, and instead choose the route of reducing features while also reducing the price by nearly half. This matches their moves on the running watch lineup to offer different levels of products at very different price points for very different audiences. But would this unit cut too far, or would it be in the perfect sweet spot for new users? Stick around to find out! Like all my reviews, they tend to be pretty in depth (perhaps overly so) – but that’s just my trademark DC Rainmaker way of doing things.

View forum - Cyclocross / Touring. The Rules. Cycle A-way. CTC’s unique guide to all the published cycle routes in the British Isles, whether on or off-road. 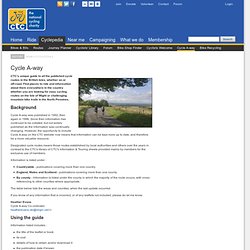 Find places to ride and information about them everywhere in the country whether you are looking for easy cycling routes on the Isle of Wight or challenging mountain bike trails in the North Pennines. Background Cycle A-way was published in 1992, then again in 1996. Since then information has continued to be collated, but not widely published as the information was continually changing.

However, the opportunity to include Cycle A-way on the CTC website now means that information can be kept more up to date, and therefore be a more valuable resource. 2013 Cannondale SuperSix EVO Standard Road, Disc Cyclocross & Women’s Bikes. For 2013, Cannondale’s SuperSix EVO line expands with a new standard modulus carbon frame. 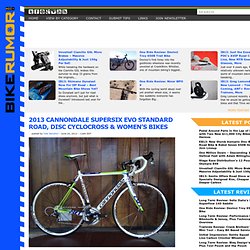 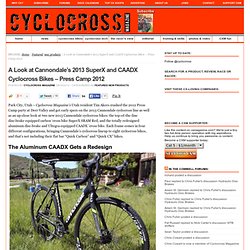 Each frame comes in four different configurations, bringing Cannondale’s cyclocross lineup to eight cyclocross bikes, and that’s not including their flat bar “Quick Carbon” and “Quick CX” bikes. Boardman Pro FS Review. Ever since we tested the stunning value Boardman Comp FS, we’ve wanted to get the Pro version in to see if the better shock sorts the ride and creates a pocket money trail rocket. 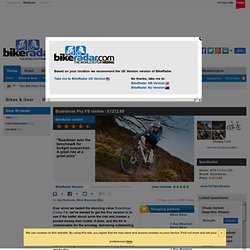 It does, and the kit is unbelievable for the pricetag, delivering outstanding weight and performance dividends to create a genuinely great trail bike at a cost where others simply can’t compete. Ride & handling: Well balanced in almost every detail, and great value With an exceptional spec for the money, the complete weight of the Boardman is up with many £2,000 trail bikes. That translates to easy and permanently enthusiastic acceleration, and efﬁcient and rapid climbing, which the rear suspension does nothing to dampen. While Horst linkage suspension designs are often prone to pedalling squat and a slightly sluggish feel, the RockShox Monarch shock has a distinctly terse feel. Up front, the RockShox Reba fork gives equally capable and controlled danger damping unless you push it right to the ragged edge.

Cycling Art. A celebration of bicycles through film, art and music. BFF12NY_Program_6.12.2012.jpg 1,296×864 pixels. Cat & Fiddle 55-mile Cycle Challenge [Cystic Fibrosis Trust] 2012 Cyclo-sportive calendar. Welcome to Cycling Weekly’s extensive calendar of British cyclo-sportive events for 2012. Events are sorted by date. Event information will be added and updated regularly. Have we missed out your ride? Have we got something wrong? Racing.