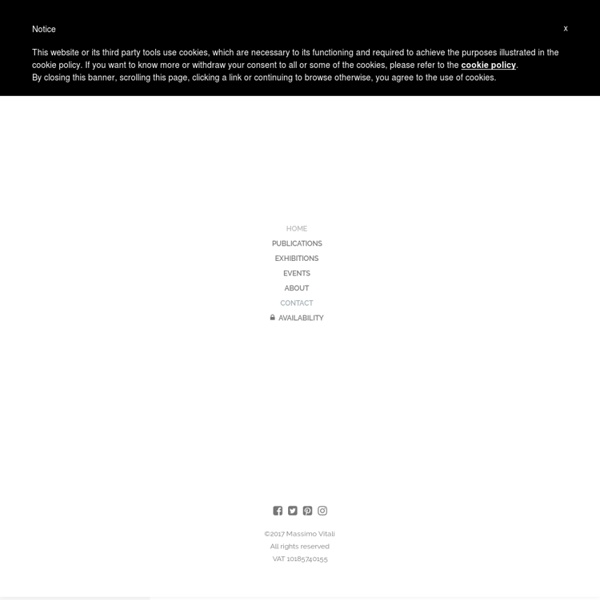 Important news: On October 12th at the auction house Leclere in Marseille, France, 6 photographs of Massimo Vitali were sold. These works were part of a commission for the PACA region in 2005. The works were exhibition prints, were unsigned, and the artist does not recognize them as being part of his work, or as having any commercial value whatsoever within his market. These 6 editions will be part of an ongoing litigation.

ADI NES as born in 1966 and raised in Kiryat Gat, Israel, to Sephardic Jewish parents of Kurdish and Iranian descent. Despite his poor upbringing, his parents nurtured his creative side and he studied photography at Jerusalem’s Bezalel Academy of Art and Design. Now based in Tel Aviv, he has participated in numerous group and one-person exhibitions since 1993. His work is in the collections of the Israel Museum, the Tel Aviv Museum of Art, the Jewish Museum (New York), the Museum of Contemporary Art, San Diego, and the Fine Arts Museums of San Francisco. While Nes’s photographs are staged, they aim to illuminate the space between Israel’s social realities and its ideals.

Michael Hoppen Contemporary - Artist - Byung-hun Min - Flowers - Byung-Hun Min was born in Seoul, South Korea in 1955. Min started out as a musician and vocalist, then a student of electronic engineering, before finally discovering photography. He turned to study photography in his late 20’s at the Soon-tae Hong studio, from where he has pursued a successful career in photography. He has been awarded the Dong-A International Photography Salon’s silver medal (1984).

Protest Photographs by Chauncey Hare Over the next month, time willing, I will be featuring several books which are my picks for best books of the year. The first is the new Steidl and Steven Kasher publication of Chauncey Hare's Protest Photographs. Chauncey Hare is known primarily for his 1978 book Interior America from Aperture. Attuned to his own estrangement in the corporate world being a research engineer for Standard Oil, he began photographing as an escape from his everyday routine. In his written introductory essay he describes the physical and psychological toll that such an environment had on his health including daily nausea and extreme panic disorders from which he suffered. These unpleasant attacks would let up as the week ended and Hare could look forward to photographing during the weekends.

Camouflage... Fred Lebain Unique photo series by Fred Lebain, a talented French photographer, features creative camouflage posters that blend into their surroundings. After visiting New York for the first time and taking some pictures, Fred Lebain returned for a second visit with large poster prints and aligned them with their original locations. Also check out: Invisible Man and Camouflage Art by Liu Bolin Disney Princesses This is my new Disney Princess series....after researching into them whilst I spent time in New York in 2010, I wanted to empower the princesses with the thought in mind that this would empower young girls. Tonight I went to see the amazing 'Missrepresentation' film and the quote 'you can't be what you can't see' really inspired me. It's what I wanted to do with this work. Girls, you can do anything.

David Lindsey Wade The Wade Brothers shot a selection of famous Portugese footballers in Lisbon for Nike Portugal’s latest campaign – featuring William Carvalho, Raul Meireles, Miguel Veloso, Christiano Ronaldo and Pepe. Share This The Wade Brothers photographed the global above the line campaign for Bacardi with BETC in Panama and Mexico. The images focus on the brand’s famous heritage, and the incredible struggles that the family have overcome to get to where they are today – including fires, exile, prohibition and Cuban revolutionaries! Captured: Great Depression Photos: America in Color 1939-1943 Posted Jul 26, 2010 Share This Gallery inShare324 These images, by photographers of the Farm Security Administration/Office of War Information, are some of the only color photographs taken of the effects of the Depression on America’s rural and small town populations. The photographs and captions are the property of the Library of Congress and were included in a 2006 exhibit Bound for Glory: America in Color. Faro and Doris Caudill, homesteaders. Pie Town, New Mexico, October 1940.

Don McCullin · Biography For the next two decades war became a mainstay of Don’s journalism, initially for the Observer and, from 1966, for The Sunday Times. In the Congo, Biafra, Uganda, Chad, Vietnam, Cambodia, Israel, Jordan, Lebanon, Iran, Afghanistan, Northern Ireland and more, he time and again combined a mastery of light and composition with an unerring sense of where a story was headed, and a bravery that pushed luck to its outermost limits. “Photography has given me a life… The very least I could do was try and articulate these stories with as much compassion and clarity as they deserve, with as loud a voice as I could muster. Anything less would be mercenary.” He has been shot and badly wounded in Cambodia, imprisoned in Uganda, expelled from Vietnam and had a bounty on his head in Lebanon.

Work and Family Counseling Work abuse is more than simply "bullying"; it's the systems-sourced brutalizing or persistent emotional dehumanizing of people at work. Work abuse goes beyond "bullying" and "mobbing" to describe the systems that demand and enforce "bullying" and "mobbing" behavior. As with child abuse fifty years ago, work abuse is mostly denied and the victim is blamed for his or her reactions to the maltreatment that has its origin in dysfunctional work systems.

21st century Gypsies: New Age Travellers adopt horse drawn-caravans and a love of Facebook (as long as it's solar powered) By Daily Mail Reporter Published: 11:35 GMT, 30 September 2012 | Updated: 10:12 GMT, 1 October 2012 They were the inner-city youth who, fuelled by punk spirit, anarchist philosophy and a hate of Margaret Thatcher, clambered aboard a fleet of battered old vehicles to shun the trappings of the modern world for a life of nomadic freedom. And while today's new-age travellers appears to have taken the philosophy even further, preferring to use traditional horse-drawn caravans instead of gas-guzzling vans, they also appear to be embracing the modern technology like mobile phones, laptops and even Facebook. During the late 1980s and 1990s stories about the travellers were commonplace - illegal raves, clashes with the police, drug busts and fury at the criminal justice act.

THE RAW FILE - Brenda Ann Kenneally Brenda Ann Kenneally is a mother, documentarian and interdisciplinary artist living in Brooklyn. Kenneally’s obsession with capturing a core truth of the people she photographs earned her The W. Eugene Smith Award in 2000 for photographers who work in the tradition of the legendary Life Magazine photographer. Her long-term projects are intimate portraits of social issues that intersect where the personal is political. WORLD EXCLUSIVE: BEHIND-THE-SCENES AT ROYAL WEDDING PARTY Revealed: Shocking glimpse into the pomp and play as Royals and guests celebrate the wedding of Kate and Wills. Royal reception: Elton joins Camilla and the Queen at the finger buffet. Best man: Prince Harry reveals all about his brother in the wedding spech. Tiers for the couple: Wills and Kate cut the Royal Wedding cake. Drinking Becks: David Beckham pops the cork on a bottle of champagne to get the Royal party going. Odd couples: Elton spins the Queen while Kate and Becks share an intimate dance.