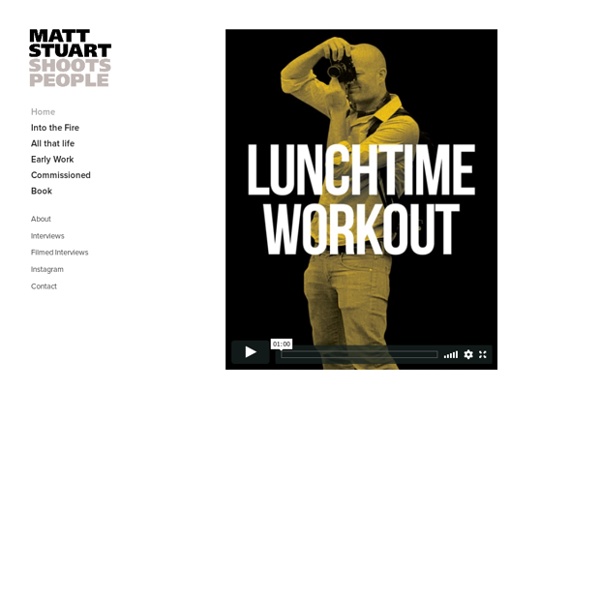 Main : Simon Vansteenwinckel Alex Liverani - #LadiesDay - Projects - InQuadra Ascot – Berkshire countryside | June 2015 An absurd lobster pink suit jacket, a white wrinkly shirt, and a ceremony black bow tie embellished with a plastic sparkling pearl. A brand new day was waiting for me, the “Ladies Days”, the very heart of the Royal Ascot week, the hottest European horse race. A muster for the sake of kitsch of biblical proportions distinguishes the Silver Ring atmosphere. The latter which frankly is neither a ring nor in silver, is a a patch of land flanking the initial portion of the racecourse straight road end. What may appear to be an enormous and lavish wedding reception or an odd and fake elegant picnic becomes even more interesting when liters of beer and pimm’s show their effects.

500 Photographers Waldemar and Max Women At Work In The 1940′s Before the WWII few women followed careers. Most jobs for women were ‘traditional’ roles such as nursing, secretarial or caring jobs. Only when millions of men joined the armed forces, women took on an active role in World War II and took on many paid jobs that previously had been held by men – such as bank teller, shoe salesperson or aircraft mechanic. Woman started working in factories – this was called the “Rosie the Riveter” phenomenon. As a way to lure young women into the factories, advertisers showed women workers as glamorous and even fashionable. It’s hard to believe but some of your grandmothers actually made WWII bombers! Women are trained as engine mechanics in thorough Douglas training methods, Douglas Aircraft Company, Long Beach, Calif. 1942 Oct. photographer: Palmer, Alfred T. Part of the cowling for one of the motors for a B-25 bomber is assembled in the engine department of North American Aviation, Inc.' Woman aircraft worker, Vega Aircraft Corporation, Burbank, Calif.

Lukas Vasilikos Photography The Shadow of the Bear: Ukraine This project is a document looking at the aftermath of the peaceful “colour” revolutions in Georgia and Ukraine set against the backdrop of Russia’s resurgence as a major global power and its ongoing interference in their sovereign and domestic affairs. A major geopolitical battle is being fought out in Ukraine and Georgia, in their nascent stages of nation-building and as they try to free themselves from Russian influence. Russia, fuelled by energy dollars, has emerged after its difficulties under Yeltsin into a more assertive and aggressive force. It still sees both countries as part of its sphere of influence, or its “near abroad”, and as such acts like an imperial power towards its smaller neighbours. At the same time the European Union and NATO are expanding and gaining influence close to the borders of Russia. In both Georgia and Ukraine, Russia has played a major role in using its economic, military and energy resources to destabilise their pro-western Governments.

The Big Picture For 19 years, the US government had given Patricia Carbajal permission to stay in this country, to work, to put down roots. For 19 years, administration after administration extended Temporary Protected Status for Honduras after the destruction wrought by Hurricane Mitch in 1998 was compounded by crippling poverty, destabilizing corruption, and violence so pervasive that the murder rate in Honduras is now among the highest in the world. After 19 years, Patricia’s status had long ago stopped feeling temporary. Marlou Films Some Really Weird History Photos | Hossit - Galleries, Funny Pictures, People Pictures Back into the history, people were little bit weird. They are taking pictures funny dressed, with some really strange people, and I wanna say thanks to all people who saved these pictures, and allow us to see them today. I think that most of people will agree with me about these pictures, and for those who are not agree with me, take a look, and be a judge. So, take a look, and enjoy.