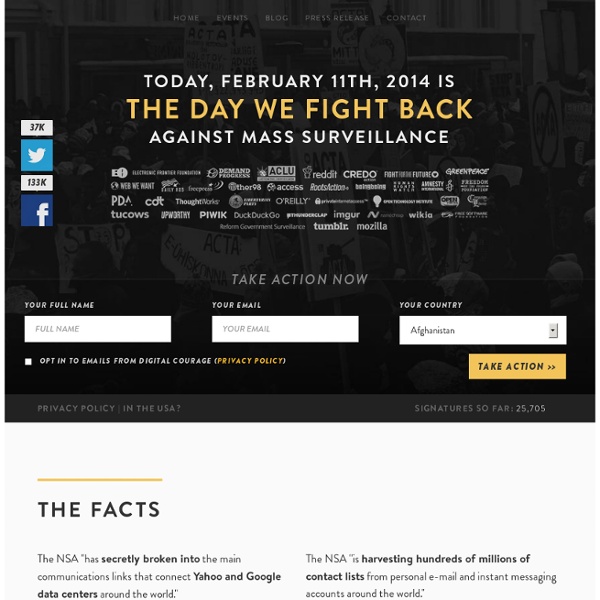 Take part By signing the Principles, you will show that you're part of a movement that knows mass surveillance is a violation of international human rights law. We'll use your signature, with thousands of others, to pressure governments and international institutions to forbid mass surveillance anywhere in the world. Add the banner to your site Or simply copy the code below and add it just before the closing tag in your site's HTML. <!

Bar Association Exposed Note to all people, when you have to navigate in the court rooms, know that these quasi-courts so called judges are really Magistrates or Administrators, and they are practicing Law over the bench and making legal determinations for the people, which is an absolute violation of due process of Law. Also know that there are only two courts, such as Criminal and Civil, there is no indices in the Constitution for Traffic Court, which means that every ticket they give you is illegal. So when you are in Criminal Court, there must be indictment papers before any acceptance of you of charges against you, in which most courts want you to take a plea, which is really to give up your rights. Why, because they know taking a plea involves signing papers of such which waive away your rights, and those papers take the place of indictment papers.

Almost everyone involved in developing Tor was (or is) funded by the US government “The United States government can’t simply run an anonymity system for everybody and then use it themselves only. Because then every time a connection came from it people would say, “Oh, it’s another CIA agent.” If those are the only people using the network.” —Roger Dingledine, co-founder of the Tor Network, 2004 In early July, hacker Jacob Appelbaum and two other security experts published a blockbuster story in conjunction with the German press. They had obtained leaked top secret NSA documents and source code showing that the surveillance agency had targeted and potentially penetrated the Tor Network, a widely used privacy tool considered to be the holy grail of online anonymity.

Data on the Crisis: The Human Toll Sex Crimes 1. How many priests have been accused? Yes, There Are Paid Government Trolls On Social Media, Blogs, Forums And Websites Do you want solid proof that paid government shills are targeting websites, blogs, forums and social media accounts? For years, many have suspected that government trolls have been systematically causing havoc all over the Internet, but proving it has been difficult. Image: Keyboard (Wikimedia Commons).

Axis of Evil - Cheney, Bush and the Real Axis of Evil by Ed Komarek March/24/2008 from ExopoliticsBlogSpot Website I have noticed a convergence of awareness between UFO/ET investigators and general conspiracy investigators in relation to how autocratic power in today’s society exerts itself from the control of an elite few down the chain of command to the many. Globally and in America we have two very contradictory political forces that work in direct opposition to each other one being autocratic and the other democratic. In general I believe that autocrats still dominate world governments as they have throughout human history. In some places they rule overtly but in so called democratic societies clever autocrats covertly use democracy and national security as fronts or guises to secretly manipulate and rule. Autocrats are able to do this because the general population even today is easily intimidated and lead through a combination of fear and bribes.

Operation Iraqi Freedom Support iCasualties Notes Coalition Military Fatalities By Year Filter Deaths By Year Coalition Military Fatalities By Year and Month Filter Deaths By Month The U.S. Government Is Creeping Into Syria ‘The US has claimed it will begin reconnaissance flights over Syria – a tentative first step toward direct military intervention it has sought in attempts to overthrow the Syrian government since 2011. While the US is using the Islamic State in Syria and Iraq (ISIS) as a pretext to carry out these intrusions into Syrian territory, it was the US itself that created and to this day perpetuates ISIS and other extremist militant fronts amid a documented attempt to reorder the entire Middle East. What is expected to follow is an incremental expansion of US military intervention in eastern Syria that will include further arming and funding of the very terrorist networks it claims it is violating Syria’s borders to attack, culminating in eventual military operations carried out against the Syria government itself.’ Read more: The U.S. Government Is Creeping Into Syria