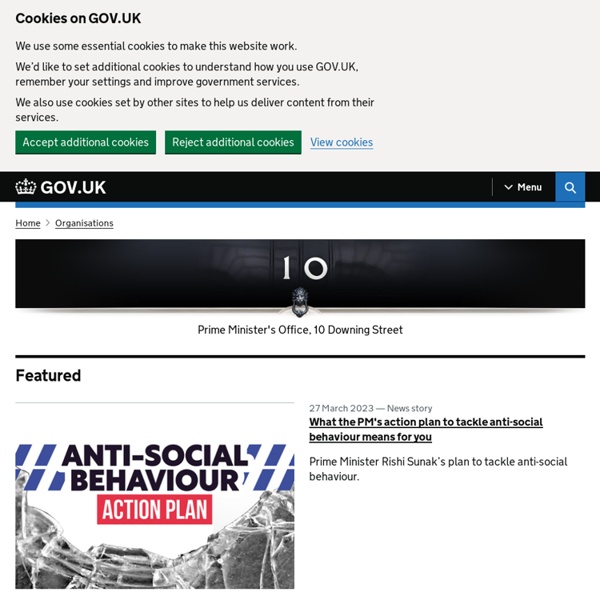 Skip to main content GOV.UK uses cookies to make the site simpler. Find out more about cookies Is there anything wrong with this page? Help us improve GOV.UK Don’t include personal or financial information, eg your National Insurance number or credit card details.

Semantic Web by Example: Semantic CrunchBase - benjamin nowack&# CrunchBase is now available as Linked Data including a SPARQL endpoint and a custom API builder based on SPARQLScript. Update: Wow, these guys are quick, there is now a full RSS feed for CrunchBoard jobs. I've tweaked the related examples. This post is a bit late (I've even been TechCrunch'd already), but I wanted to add some features before I fully announce "Semantic CrunchBase", a Linked Data version of CrunchBase, the free directory of technology companies, people, and investors. CrunchBase recently activated an awesome API, with the invitation to build apps on top of it. Tea with Mr Miliband "There might be a knock at the door from the police," the voice on the phone warned me. Crikey, I hadn't expected that one. But then when you allow your front room to be the venue for a campaign visit from David Miliband with BBC cameras, furry broom mics and Laura Kuenssberg in tow, you can't expect normality. The possible police involvement (which never materialised) was raised because, as a former foreign secretary, the elder Miliband has continuing special branch protection, who sometimes like to scope out his surroundings. In the event there was nothing much to fear from the normal terraced street he came to and regular party members he met. The campaign websites of both David Miliband and Labour mayoral contender Oona King each have a section where you can click to host a house-meeting.

Kansas State Information - Symbols, Capital, Constitution, Flags, Maps, Songs « Previous: Iowa Next: Kentucky » Capital City: Topeka City Guides: Kansas City Guides Location: 39.037N, 95.691W Capital Tour: Capitol Tour 50states School Directory: Find your school! Social Web Incubator Group The mission of the Social Web Incubator Group, part of the Incubator Activity, is to understand the systems and technologies that permit the description and identification of people, groups, organizations, and user-generated content in extensible and privacy-respecting ways. The topics covered with regards to the emerging Social Web include, but are not limited to: accessibility, internationalization, portability, distributed architecture, privacy, trust, business metrics and practices, user experience, and contextual data. The scope includes issues such as widget platforms (such as OpenSocial, Facebook and W3C Widgets), as well as other user-facing technology, such as OpenID and OAuth, and mobile access to social networking services. The group is concerned also with the extensibility of Social Web descriptive schemas, so that the ability of Web users to describe themselves and their interests is not limited by the imagination of software engineers or Web site creators.

HMG - Your Freedom The Coalition Government is committed to restoring and defending your freedom – and we're asking you to participate. We're working to create a more open and less intrusive society through our Programme for Government. We want to restore Britain’s traditions of freedom and fairness, and free our society of unnecessary laws and regulations – both for individuals and businesses. This site gives you the chance to tell us which laws and regulations you think we should get rid of. Your feedback will inform government policy and some of your proposals could end up making it into bills we bring before Parliament to change the law.

47 Countries - 800 million citizens Welcome to our weekly look at news and views of people involved in issues of human rights, democracy and the rule of law in Europe ! - Russian delegates no longer able to vote in Parliamentary Assembly PACE says the annexation of Crimea goes against Russia's commitments to the Council of Europe - Edward Snowden exposes reality of global mass surveillance to PACE Snowden says security agencies specifically targeted human rights organisations

The Lesbian & Gay Foundation » Enough is Enough Homophobic abuse is more common than most people think. 1 in 3 LGBT people have experienced some kind of homophobic attack. Join the movement to take ACTION against homophobia now! Every single day, lesbians, gay men and bisexual (LGB) people are the targets of hatred and violence because of who they choose to love. It’s called homophobia, and all over the world it’s on the rise. Homophobia is an irrational hatred and it thrives on diversity. Countries Member countries of the EU (year of entry) The European Union has 28 member countries: On the road to EU membership The London haunts of VI Lenin Lenin's memorial in Islington attracted both pilgrims and antipathists One hundred and forty years since the birth of Vladimir Ilyich Lenin, Darina Kucheruk of BBCRussian.com retraces the revolutionary's steps through London. Few people know that a housing project named after Lenin was commissioned in London in the early 1940s. Designed by a Russian emigre architect, Berthold Lubetkin, who is now considered one of the giants of constructivism, it was to be called Lenin Court.

How the EU works The EU is a unique economic and political partnership between 28 European countries that together cover much of the continent. The EU was created in the aftermath of the Second World War. The first steps were to foster economic cooperation: the idea being that countries who trade with one another become economically interdependent and so more likely to avoid conflict. The result was the European Economic Community (EEC), created in 1958, and initially increasing economic cooperation between six countries: Belgium, Germany, France, Italy, Luxembourg and the Netherlands. Since then, a huge single market has been created and continues to develop towards its full potential.

Global Views Welcome to Global Views, opinions about the world from ESL students from around the world. These students were interviewed in Kelowna, BC, Canada between April 1994 and the present. Their views presented in 'Global Views' are their own, and are not meant to represent their country or culture as fact. and Making of America aking of America (MoA) is a digital library of primary sources in American social history from the antebellum period through reconstruction. The collection is particularly strong in the subject areas of education, psychology, American history, sociology, religion, and science and technology. The collection currently contains approximately 10,000 books and 50,000 journal articles with 19th century imprints. For more details about the project, see About MoA. Making of America is made possible by a grant from the Andrew W.

Museological Complex of the Museum of Civilization It consists of a virtual exhibit of five historic periods from 1870 to today. A blog for teachers and their students introduces the concepts of science journalism. Discover the history of this fascinating place and observe vestiges of the past through five 360 degree panoramas. Home Incidence of TB in Cattle, Great Britain - Data to January 2014 Release time: 9:30am Agriculture and Environment | Environment, Food and Rural Affairs | GB Latest national statistics bringing together various sources of statistics relating to the incidence of TB in Cattle, Great Britain according to arrangements approved by the UK Statistics Authority. Regional labour market statistics - April 2014 Labour Market | Office for National Statistics | UK