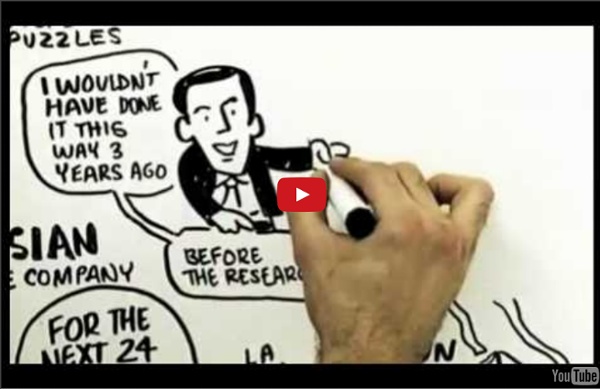 Giving makes young children happy If it is indeed nobler to give than to receive, it may also make you happier -- even if you're a toddler, according to a new study co-authored by three psychologists at the University of British Columbia. The study, published in PLoS One, an on-line journal from the Public Library of Science, finds that toddlers under the age of two are happier when giving treats to others than receiving treats themselves. Furthermore, children are happier when they give their own treats away than when they give an identical treat that doesn't belong to them. These findings support recent research showing that adults feel good when they help others and may help explain why people act pro-socially, even when doing so involves personal cost. This is the first study to show that giving to others makes young children happy.

In rich and poor nations, giving makes people feel better than getting, research finds Feeling good about spending money on someone else rather than for personal benefit may be a universal response among people in both impoverished countries and rich nations, according to new research published by the American Psychological Association. "Our findings suggest that the psychological reward experienced from helping others may be deeply ingrained in human nature, emerging in diverse cultural and economic contexts," said lead author Lara Aknin, PhD, of Simon Fraser University in Canada. The findings provide the first empirical evidence that "the warm glow" of spending on someone else rather than on oneself may be a widespread component of human psychology, the authors reported in the study published online in APA's Journal of Personality and Social Psychology. Researchers found a positive relationship between personal well-being and spending on others in 120 of 136 countries covered in the 2006-2008 Gallup World Poll.

Lean into the pain This post is part four of the series Raw Nerve. When you first begin to exercise, it’s somewhat painful. Not wildly painful, like touching a hot stove, but enough that if your only goal was to avoid pain, you certainly would stop doing it. But if you keep exercising… well, it just keeps getting more painful. When you’re done, if you’ve really pushed yourself, you often feel exhausted and sore. What motivates us at work? 7 fascinating studies that give insights “When we think about how people work, the naïve intuition we have is that people are like rats in a maze,” says behavioral economist Dan Ariely in today’s talk, given at TEDxRiodelaPlata. “We really have this incredibly simplistic view of why people work and what the labor market looks like.” Dan Ariely: What makes us feel good about our work?When you look carefully at the way people work, he says, you find out there’s a lot more at play—and a lot more at stake—than money.

The Simple Phrase that Increases Effort 40% Every teacher or coach worth their salt knows that there’s no moment more important than the moment feedback is delivered. Do it correctly, and the learner takes a step forward. Do it poorly, and the reverse happens. The deeper question is, what’s the secret of great feedback? Douglas LaBier: 5 Steps That Reveal Your Life's Purpose Like many of us, you might feel that there's a true purpose to your life but you haven't yet found or discovered it, especially when trapped within a life that's unfulfilling or feels out of synch with your true purpose for being. Teachings of Eastern mystics say each of us have a particular purpose in life, though we might not know how to recognize it. Interestingly, some new research suggests ways to discover and pursue your true purpose. Moreover, having a purpose in life is found to help you protect yourself from mental decline -- not a bad byproduct. Some are awakened to it from an event or moment of illumination that opens the way.

Survival of the ... Nicest? Check Out the Other Theory of Evolution by Eric Michael Johnson A new theory of human origins says cooperation—not competition—is instinctive. posted May 03, 2013 A century ago, industrialists like Andrew Carnegie believed that Darwin’s theories justified an economy of vicious competition and inequality. They left us with an ideological legacy that says the corporate economy, in which wealth concentrates in the hands of a few, produces the best for humanity. Daniel Kahneman on Making Smarter Decisions The bestselling author of Thinking, Fast and Slow talks about overcoming the cognitive biases and errors that can affect decision-making. You can avoid decision-making mistakes by understanding the differences between these two systems of thought. Nobel winner Daniel Kahneman says we tyically fear loss twice as much as we relish success.

What Behavioral Economics Is Not Since the release of 2008′s Nudge, behavioral economics (BE) has quietly invaded the public’s perception. Some of the most well-known examples include the creation of the Behavioral Insights Team in the UK, Cass Sunstein’s appointment in the Obama Administration, and the rise of popular economics books like Daniel Kahneman’s Thinking, Fast and Slow (and to a certain extent Freakonomics, which is not actually about BE). This prominence has led to gut reactions, polarized opinions, and popular misconceptions. However ideas42’s Matt Darling and Saugato Datta, as well as ideas42 co-founder Sendhil Mullainathan, recently published an essay with the Center for Global Development to tackle this very topic. They identify three common misconceptions, and delve into the nuances of each.

Empathy Recently, I read an article about the (ab)use of railways in the nazi genocide. Now, there is a lot to say about that, but I would like to focus on one specific half-sentence that spoke of the jews "...whose biographies didn't count in that murderous nazi system". I think that there is more wisdom in these few words than, probably, even their own writer was aware of. When we start to listen to what other people have to say about their own lives, this creates empathy. It does so automatically, perhaps by way of our mirror neurons firing away. How money helps us trust each other What makes money essential for the functioning of modern society? An international group of researchers from Switzerland, Italy and the U.S. have shown through an experiment how money helps modern societies prosper by fostering cooperation among strangers. As a species, human survival depends on cooperation, which our ancestors developed by banding together in small, close-knit groups of individuals who thrived by reciprocating help over time.