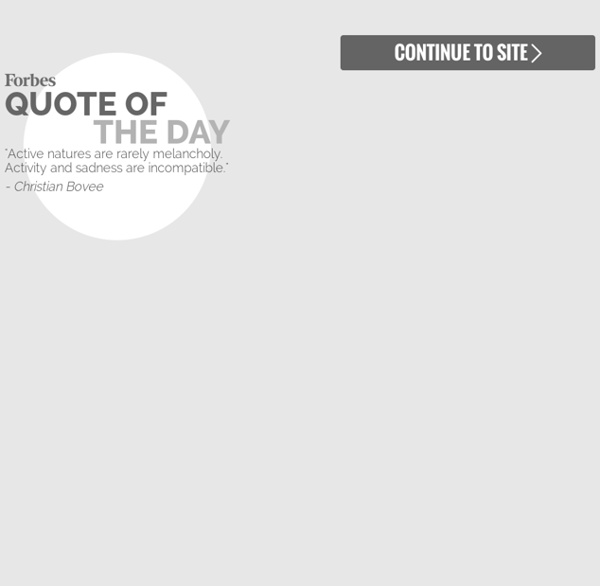 'Corporations Bleeding Rural India, Killing Our Farmers' | Pragya Singh | Oct 12,2015 A sudden pest attack has ruined cotton crops in large parts of Punjab, bringing biotech, or BT Cotton back into focus. Farmers who used bio-fertilisers in the Malwa region of the state are said to be safe from this latest pestilence. But those growing BT cotton have lost everything. There are reports of farmer suicides. Dr Vandana Shiva, scientist and longtime activist against genetically modified BT seeds, talks about why BT has a devastating fallout, and the growing pressure from the seeds industry on Prime Minister Modi to change IPR laws in India. Edited excerpts of an email interview with Pragya Singh: There has been a massive Whitefly attack on BT Cotton farms in Punjab. We scientists working on bio-safety and ecological assessment of BT technology had predicted that it is a crime technology. The farmers who used non-BT seeds were able to protect their yield while those who used BT Cotton face complete loss. There have been so many other instances of this kind.

Retort: The 147 Companies That Run The World? They're You. Fascinating post by colleague Bruce Upbin on the dominant ownership position of the “147 companies that control everything.” But I think there is basic flaw in the thinking of the underlying study, which as Bruce notes comes from three systems theorists at the Swiss Federal Institute of Technology in Zurich, and which was picked up by the magazine New Scientist. So, here’s the issue. We have met the enemy, as Walt Kelly once wrote in the comic strip Pogo, and he is us. Most of the companies on the top 50 list are simply investment companies – they aren’t operating companies. Consider a few tidbits: According to the Investment Company Institute, a trade group for the mutual funds industry, as of the end of August, mutual funds held $11.6 trillion in assets. And wait, a few more stats: 51.6 million U.S. households own mutual funds; they are held by 90.2 million individuals. 44% of U.S. households are fund investors.

The Evolution of Foreign Aid Research: Measuring the Strengths and Weaknesses of Donors In 2012, 149 countries around the world received more than $125 billion of Official Development Assistance (ODA). Keeping track of those disbursements is no small feat. Measuring the effectiveness of the aid requires even greater legwork. Fortunately, data on ODA—unlike data on aid from many philanthropic organizations around the world—is systematically collected and monitored by the OECD Development Assistance Committee (DAC). In total, 31 DAC member countries and agencies reported on their aid disbursements in 2012. The new report is the third edition of the Quality Official Development Assistance (QuODA) assessment. When it comes to improvements in the quality of foreign aid from 2008 to 2012, Kharas and Birdsall find that the results are mixed. Maximizing Efficiency: Few Improvements Have Been Made Few donors have shifted their aid allocations to poor countries. In the same vein, donors have not shifted resources toward better governed economies, but have actually done the opposite.

Zuckerberg & Sandberg on how Facebook's culture differs from Google's With Google+ on the rise and Facebook making rapid changes to the platform, it’s only natural that media’s curiosity has peaked a bit in terms of what exactly separates the two competitors from one another. Charlie Rose in particular seemed very interested in the subject during his interview with Facebook’s CEO and COO just yesterday. Rose asked, how does [Facebook's] culture differ from Google? Facebook COO, Sheryl Sandberg (once the Vice President of Global Online Sales and Operations at Google), notes that although Facebook and Google might be similar in a lot of ways — they are both founder-led, based in Silicon Valley and driven by engineers — they are still fundamentally different. According to Sandberg, Google is all about “algorithms and machine learning”, a process that she notes is very important and that Google just so happens to be very good at. “For us, our vision of the world is that we are like a hacking culture… We build things quickly and ship them.

Plague of Insects Ravages Monsanto GMO Cotton, Causing 15 More Farmer Suicides in India Whiteflies are often kept in check by spiders, but infestations can happen when predators are nowhere to be found due to chemical-intensive farming. The Monsanto Company has long denied its GMO crops and chemicals have had much of an effect on the Indian farmer suicide epidemic, but a new development is once again casting doubt on their assertion. While some claim that Indian suicides have been caused by an economic crunch in general, others point the finger squarely in Monsanto’s direction. In fact, recent rates have climbed as high as “one suicide every 30 minutes.” In total, 290,000 suicides by farmers over the last 20 years have occurred according to the national crime records bureau of India. Plague of Whiteflies Destroys Cotton Crops According to this article from The Times of India, a massive swarm of whiteflies recently destroyed large amounts of cotton crops in Punjab, a state in northwest India. Naresh Kuma Lehri, a seed and pesticide dealer, described the scene to the Times.

These 6 Corporations Control 90% Of The Media In America Where the world buys its weapons - Business Insider The $8 Trillion Internet: McKinsey's Bold Attempt to Measure the E-conomy - Derek Thompson - Business The Internet -- that 200 million-person, $8 trillion global economy -- accounted for 21 percent of GDP growth in the world's largest economies over the last 5 years, McKinsey found in a report released this week.* As an entity, it accounts for more GDP than the Spanish or Canadian economies, and it's growing faster than Brazil. As a sector, it is now larger than these countries' agriculture or energy industries. Sweeping statements about the size and growth of the Internet are tough to swallow. So here are three highlights from the new McKinsey report: 1. There is a lot of Internet to measure, with two hundred million global consumers and $8 trillion in total revenue. 2. As an industry, the Internet contributes more to the typical developed economy than mining, utilities, agriculture, or education. Much of the Internet's contribution to our lives is nearly impossible to measure. 3. China and India have a peculiar Internet economy -- in addition to the fastest growing Internet sectors.

The Vegetables of Truth - How Modern Science Keeps You In Your Place There are two - parallel - universes of science. One is the actual day-to-day work of scientists, patiently researching into all parts of the world and sometimes making amazing discoveries. The other is the role science plays in the public imagination - the powerful effect it has in shaping how millions of ordinary people see the world. Often the two worlds run together - with scientists from the first world giving us glimpses of their extraordinary discoveries. This happened in a dramatic way in the second half of the twentieth century. But by the 1970s it became clear that there were unforeseen consequences. What emerged instead was a powerful distrust of the idea that science and technocratic experts could make a better world. Jane Fonda makes a celebrity appearance - and her interview articulates the mood very well. “Just give me the restless power of the wind Give me the comforting glow of the wood fire But please take all your atomic poison power away” Beck used the word risk.

“There is nothing we can do” – Meadows | Damn the Matrix FORMAT interviews Dennis Meadows, author of “The Limits to Growth”, about the shocking position of the planet. 40 years ago, Dennis Meadows presented the best seller “The Limits to Growth”. In it, he predicted, not the exact date of the apocalypse, but the U.S. researchers showed by means of computational models, that by mid-century, the resources of planet Earth will be depleted. The book sold 30 million copies and Meadows is now regarded as the most famous “Sunset prophet” of the world. FORMAT: Mr. Meadows: What we meant in 1972 in “The Limits to Growth”, and what is still true, is that there is simply no endless physical growth on a finite planet. FORMAT: In your 13 scenarios the end of physical growth begins – that is, the increase in world population, its food production, or whatever else they produce or consume – between 2010 and 2050. Meadows: You cannot compare our current situation that way. FORMAT: cancer as a metaphor for uncontrolled growth? Meadows: Yeah. FORMAT: How?

Deluge of Content on the Web Swamps Yahoo Our Worst Nightmares Confirmed: Full Text of TPP Finally Revealed ‘President Obama has sold the American people a false bill of goods,’ says Friends of the Earth (COMMONDREAMS) “Worse than anything we could’ve imagined.” “An act of climate denial.” As expert analysis of the long-shrouded, newly publicized Trans-Pacific Partnership (TPP) final text continued to roll out on Thursday, consensus formed around one fundamental assessment of the 12-nation pact: It’s worse than we thought. “From leaks, we knew quite a bit about the agreement, but in chapter after chapter the final text is worse than we expected with the demands of the 500 official U.S. trade advisers representing corporate interests satisfied to the detriment of the public interest,” said Lori Wallach, director of Public Citizen’s Global Trade Watch. On issues ranging from climate change to food safety, from open Internet to access to medicines, the TPP “is a disaster,” declared Nick Dearden of Global Justice Now. ‘Act of Climate Denial’ International observers were no less critical. “If U.S.