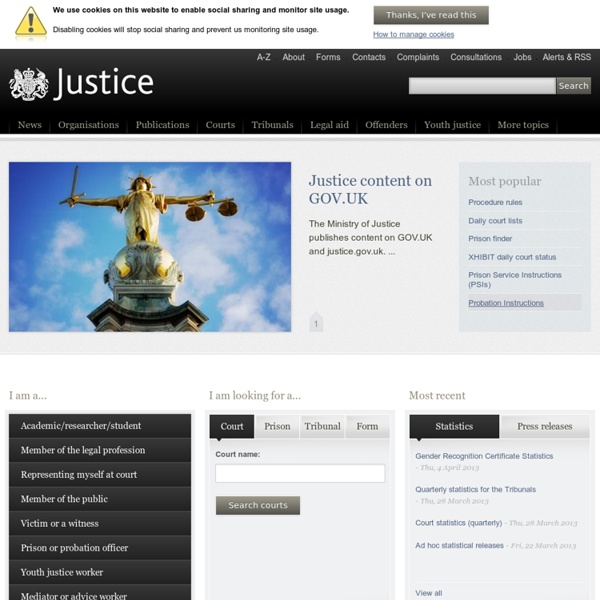 FOI Policy: Applying section 32 beyond the end of litigation / inquiry Section 32 provides that : “32. – (1) Information held by a public authority is exempt information if it is held only by virtue of being contained in- (a) any document filed with, or otherwise placed in the custody of, a court for the purposes of proceedings in a particular cause or matter, (b) any document served upon, or by, a public authority for the purposes of proceedings in a particular cause or matter, or (c) any document created by – i) a court, or ii) a member of the administrative staff of a court, section 32 FOIA; court records December 17th, 2011 by Christopher Knight The Institute of Chartered Accountants (“ICA”) has a policy of seeking the Certificate of Conviction of any of its members who have been found guilty of an offence which may relate to their appropriateness to act as a chartered accountant. However, the Courts Service (“HMCTS”) refused to confirm or deny holding an individual’s Certificate under section 32 FOIA because it was a document created by the court for the purpose of proceedings. A Certificate of Conviction is currently governed by section 73 of the Police and Criminal Evidence Act 1984, but has existed since the mid-nineteenth century.

European Ombudsman Find an Ombudsman in your country Play The European Network of Ombudsmen consists of over 90 offices in 32 European countries. The Network includes the national and regional ombudsmen and similar bodies of the Member States of the European Union, the candidate countries for EU membership, and certain other European countries, as well as the European Ombudsman and the Committee on Petitions of the European Parliament. More: HM Treasury In english The Treasury building viewed from St. James' Park The new eastern entrance to HM Treasury Her Majesty's Treasury (HM Treasury), sometimes referred to as the Exchequer, or more informally the Treasury, is the United Kingdom government department responsible for developing and executing the British government's public finance policy and economic policy. The Treasury maintains OSCAR the replacement for COINS Combined Online Information System that contains a detailed analysis of departmental spending under thousands of category headings.[4] and from which the Whole of Government Accounts are now produced. History[edit]

Freedom of Information Requesting Information If you wish to access your own information please see Data Protection Act - How to request your personal data. If you wish to obtain information about the way that the Judicial Office handles its business or any other information about the organisation a request can be made under the Freedom of Information Act. Internship - Communications Intern · The AIRE Centre Start Date: ASAP Job Title: Communications Intern Job Type: Full-time or Part-time Duration: 4-6 Months Based: Holborn, London It Was the Breast of Times, It Was the Worst of Times for Risperdal Patients Vancouver, BC: It’s hard to ignore a medical study that involves a million participants. However, that was the size of the database researcher Mahyar Etminan, PharmD and his team at the University of British Columbia (UBC) in Vancouver used in determining that Risperdal side effects, and specifically gynecomastia, can impact older men to the tune of 69 percent. “This is the first and largest epidemiologic study on this question using data from 1 million men in the United States,” said Dr. Etminan, who is also a drug safety researcher in the Therapeutic Evaluation Unit at Provincial Health Services Authority of British Columbia, in comments published in Medscape Medical News (3/17/14). “There has been a lot of interest on the risk of gynecomastia with Risperdal, mainly in adolescent boys but also in older men. There have been reports to the FDA [US Food and Drug Administration] and case reports from academics,” said Dr.

Exposing China's vast underground economy High performance access to file storage Analysis A new academic study has set out to illuminate for the first time the size and structure of the Chinese online underground, and found it affected nearly a quarter of the country’s internet users last year and cost the economy over 5 billion yuan (£500m). Investigating China’s Online Underground Economy was put together by researchers at California University’s Institute on Global Conflict and Co-operation to highlight the scale and sophistication of China’s cyber black market and to aid global collaboration efforts against hi-tech crime. The report claims that in 2011 the online underground involved over 90,000 participants, costing the local economy 5.36 billion yuan (£536m), making victims of 110m internet users (roughly 22 per cent) and affecting 1.1m web sites (20 per cent).

Ministerial role Chancellor of the Exchequer George Osborne became Chancellor of the Exchequer in May 2010. He has been the Conservative MP for Tatton, Cheshire since June 2001. Education He was born and educated in London, studying modern history at Oxford University. A fatal wait: Veterans languish and die on a VA hospital's secret list CNN has been reporting on delays in appointments and veterans' deathsNew revelations of 40 deaths involving Phoenix VA are perhaps the most disturbing yetRetired VA doctor says there's an official wait list that he calls a shamHe says the real list is kept secret and has wait times that stretch into the months (CNN) -- At least 40 U.S. veterans died waiting for appointments at the Phoenix Veterans Affairs Health Care system, many of whom were placed on a secret waiting list. The secret list was part of an elaborate scheme designed by Veterans Affairs managers in Phoenix who were trying to hide that 1,400 to 1,600 sick veterans were forced to wait months to see a doctor, according to a recently retired top VA doctor and several high-level sources. For six months, CNN has been reporting on extended delays in health care appointments suffered by veterans across the country and who died while waiting for appointments and care. Dr.

Body found in search for missing 14-year-old Jessica Blake - Crime - UK Police teams searching for missing Jessica Blake were called to a wooded area near Chester Avenue, Bervely, near Hull, at around 16:00 this afternoon where they found the body of a young girl. The body is yet to be identified but Jessica's family have been informed of the discovery. A major police search was underway after the 14-year-old girl was reported missing from her home yesterday afternoon. Jessica is believed to have left her home in a distressed state and was last seen riding a pink bicycle and carrying a yellow newspaper bag in her home town of Beverley, near Hull, in East Yorkshire.

Dying for Justice in Israel Among developed countries, Israel is one of the world's most socially, politically, and economically unjust. It mocks democratic values and social justice. It's run of, for, and by privileged elites. INDEPENDENT online David Pace, Pierluigi Paganini Ron Kelson Fabian Martins Benjamin Gittins How do you become Power of Attorney when elder is no longer making good financial decisions. AgingCare.com – Online Caregiver Support Home » Money & Legal » Elder Law » Questions » How do you invoke power of attorney when the… Share