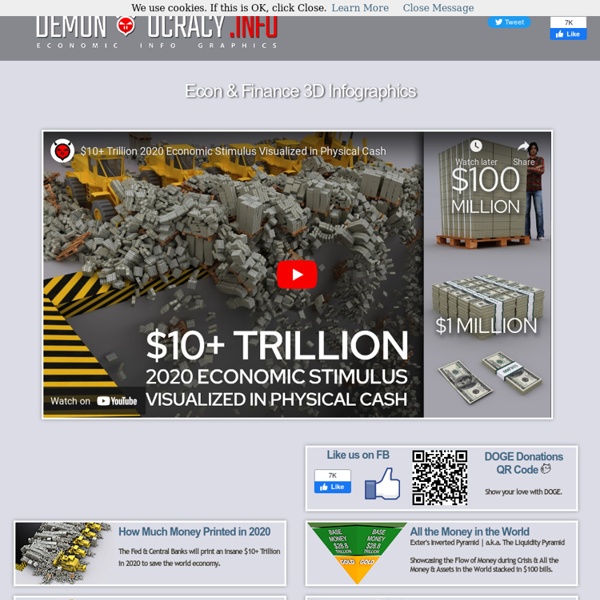 the capitalist network that runs the world - physics-math - 19 October 2011 AS PROTESTS against financial power sweep the world this week, science may have confirmed the protesters' worst fears. An analysis of the relationships between 43,000 transnational corporations has identified a relatively small group of companies, mainly banks, with disproportionate power over the global economy. The study's assumptions have attracted some criticism, but complex systems analysts contacted by New Scientist say it is a unique effort to untangle control in the global economy. Pushing the analysis further, they say, could help to identify ways of making global capitalism more stable. The idea that a few bankers control a large chunk of the global economy might not seem like news to New York's Occupy Wall Street movement and protesters elsewhere (see photo). "Reality is so complex, we must move away from dogma, whether it's conspiracy theories or free-market," says James Glattfelder. The Zurich team can. So, the super-entity may not result from conspiracy. 1. (Data: PLoS One)

Flip The Debt The Biggest Price-Fixing Scandal Ever | Politics News Conspiracy theorists of the world, believers in the hidden hands of the Rothschilds and the Masons and the Illuminati, we skeptics owe you an apology. You were right. The players may be a little different, but your basic premise is correct: The world is a rigged game. We found this out in recent months, when a series of related corruption stories spilled out of the financial sector, suggesting the world's largest banks may be fixing the prices of, well, just about everything. You may have heard of the Libor scandal, in which at least three – and perhaps as many as 16 – of the name-brand too-big-to-fail banks have been manipulating global interest rates, in the process messing around with the prices of upward of $500 trillion (that's trillion, with a "t") worth of financial instruments. That was bad enough, but now Libor may have a twin brother. The Scam Wall Street Learned From the Mafia Why? The bad news didn't stop with swaps and interest rates. "You name it," says Frenk.

140 Years Of Monetary History In 10 Minutes