Capitalism Is The Crisis (Full Movie) 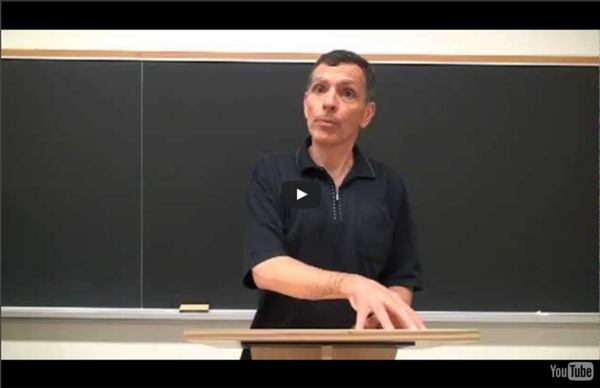 Would Jesus Occupy Wall Street? There’s a fascinating article at Michigan Live about the faith community’s efforts to connect to the burgeoning Occupy Wall Street movement. I must say (and I’m as secular as they come) I did actually describe my three recent visits to Occupy Wall Street to several people as being like “Going to a new church and EVERYONE you meet is friendly and very WELCOMING.” There’s something special going on at Zuccotti Park and if you think otherwise you are… wrong. It makes sense that a state as hard hit economically as Michigan has been would have clergy so supportive of the anti-capitalist protests. It’s because they know what post-capitalism looks like in Michigan! If Jesus were alive today, would he be at Occupy Wall Street movement? As senior pastor of the nondenominational Fountain Street Church, [Rev. —Snip— It’s interesting to read this brain-damaged comments thread at NewsBusters for the opposite side of this issue, including who Jesus would hate, using nukes on OWS, etc, etc.

Wall Street protesters won’t leave financial avenue - BlogPost Posted at 10:22 AM ET, 09/19/2011 Sep 19, 2011 02:22 PM EDT TheWashingtonPost Some 5,000 people descended on Wall Street for a “Day of Rage” Saturday to protest the United States’s “corrupt democratic process” and the use of corporate money in American elections. People voice their frustration with the economy and Wall Street in the financial district on Saturday. (DAVID KARP - AFP/GETTY IMAGES) Only a few hundred people remain on the financial avenue, but they say they aren’t leaving, ABC news reports, and they have blankets, food and heaters to sustain them. Occupy Wall Street, which organized the protests, says it was inspired by the demonstrations around the world this year from “our brothers and sisters in Egypt, Greece, Spain, and Iceland.” Watch the protesters face off with the wealthy of Wall Street in a video below: Follow updates on the protest on Twitter by watching the the hashtag #occupywallstreet. People from all over the country gather near Wall Street in New York.

Television for the Environment Freedom Archives Home Alternative Radio Wall of Films! | Over 500 Social Change Documentaries on 1 Page Just imagine what could become possible if an entire city had seen just one of the documentaries above. Just imagine what would be possible if everyone in the country was aware of how unhealthy the mainstream media was for our future and started turning to independent sources in droves. Creating a better world really does start with an informed citizenry, and there's lots of subject matter to cover. From all the documentaries above, it's evident that our society needs a new story to belong to. The old story of empire and dominion over the earth has to be looked at in the full light of day - all of our ambient cultural stories and values that we take for granted and which remain invisible must become visible. But most of all, we need to see the promise of the alternatives - we need to be able to imagine new exciting ways that people could live, better than anything that the old paradigm could ever dream of providing. So take this library of films and use it.