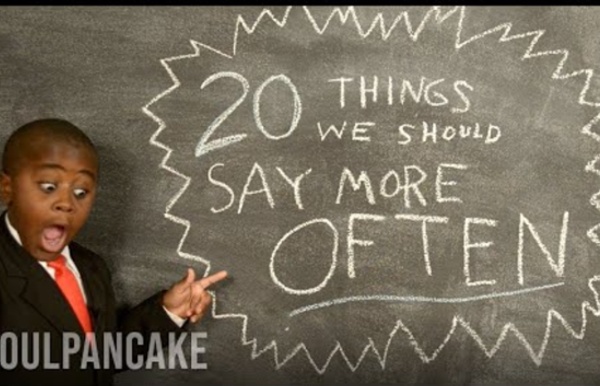 A Sputnik moment for STEM education: Ainissa Ramirez at TED2012 Photos: James Duncan Davidson Ainissa Ramirez comes on stage armed with a blowtorch. Well, that sure got everyone’s attention. She promptly uses said blowtorch to straighten a piece of bent piece of wire. How a Bigger Purpose Can Motivate Students to Learn Jane Mount/MindShift A few years ago, psychologist David Yeager and his colleagues noticed something interesting while interviewing high school students in the San Francisco Bay Area about their hopes, dreams and life goals. It was no surprise that students often said that making money, attaining fame or pursuing a career that they enjoyed were important to them. But many of them also spoke of additionally wanting to make a positive impact on their community or society — such as by becoming a doctor to take care of people, or a pastor who “makes a difference.” What’s more, the teens with these “pro-social” types of goals tended to rate their schoolwork as more personally meaningful. Given this information, Yeager and his colleagues wanted to know: could such a bigger sense of purpose that looks beyond one’s own self-interests be a real and significant inspiration for learning?

How Facebook’s newest teen engineer supported his family with apps until cashing in There’s nothing that highlights the fact that Silicon Valley is the new Wall Street, gold rush, colonial settlement — insert your American Dream rags-to-riches historical moniker here — quite like the story of 18-year-old Miami resident Michael Sayman. This week, Facebook hired Sayman as one of its youngest full-time engineers in history. He wouldn’t tell me his salary, but admitted his friends are already pressuring him to “buy a Tesla,” which he won’t do because he’d “rather save the money.” Before you go throw up at the idea of a teenager buying himself a Tesla off tech riches, there’s few people who deserve that luxury quite as much as this kid. I met Sayman four months ago, when the then 17-year-old developer caught Mark Zuckerberg’s eye. Zuckerberg featured him at the company’s f8 conference, and offered him an internship in one of Facebook’s first class of high school interns.

Educational Technology and Mobile Learning: 5 Great YouTube Channels for Learning English Youtube is undoubtedly a great source of educational content to use in class with your students. It also hosts tons of channels that provide instructional tutorials specifically tailored for different learning needs and styles. We have already reviewed some of these channels in previous posts and today we are sharing with you some of our favourite YouTube channels for learning English. You can use them with your ELL/ESL/EFL students to enhance their grasp of English in different areas: speaking, writing, listening , vocabulary, and grammar. 1- BBC Learning English

Teenager Wins $400,000 For His Video Explaining Einstein's Theory of Relativity Still baffled by Einstein’s theory of relativity, or even the parts in the movie Interstellar when everyone experiences time differently? Well, this teenager’s explanation of special relativity even gives Carl Sagan a run for his money. Ryan Chester, from North Royalton in Ohio, submitted his video for the Breakthrough Junior Challenge, which invites students aged 13-18 to share their passion for math and science with the world. The competition received over 2,000 applications from 86 countries. After being narrowed down to 15 finalists, Ryan managed to wrangle the prize and glory.

Motivation and the Power of Not Giving Up Listen Have you ever set a goal for yourself, like getting fit, making honor roll, or being picked for a team? Like lots of people, maybe you started out doing great, but then lost some of that drive and had trouble getting motivated again. 5 Reasons To Write A Letter To Your Future Self In March, I turned twenty-five years old, and on that most dreaded day I received a letter from my twelve year-old-self. At twelve, I distinctly remember listening to Britney Spears’ “Ooops I did it Again,” consuming Fruit by the Foot, surviving Y2K, and wearing checkered school jumpers that came down to my knees. It was that magical time right before pimples started growing uncontrollably and watching Saturday morning cartoons was still acceptable. Oh how much has changed since those simple times.

MegaMazes.com: Free printable MAZES! Kids love to print our mazes! Keep in mind that we truly do have too many types of mazes to even list each individually. We are constantly coming out with ideas for new maze designs, formats, rules, and other puzzlery. Usually, we add one to two new mazes every week. 8 amazing kids who changed the world: Get ready Interested in uplifting stories on the natural world, sustainable communities, simple food, and new thinking on how to live well? Please enter a valid email address and try again! No thanks

Your Words Matter Your Words Matter. I had a teacher who once told me I would most likely be a college dropout. Her words mattered. When I told my wife I wanted to write a book and she said without blinking an eye, “Do it.” I told my daughter the other day how proud I was of her for writing a full sentence! USEFUL EXPRESSIONS TO EXPRESS YOUR OPINION In my opinion, ... In my eyes, ... To my mind, ... As far as I am concerned, ... Speaking personally, ... From my point of view, ... Crossword Puzzle Maker Instructions: Complete the crossword below We have premade word/clue sets. Or use our Copy-n-Paste Quick Add Feature *NEW* Word List Saving Options Top 10 Under 20: 10 Teenagers Who Changed the World in 2013 “Out of the mouths of babes…” or so the saying goes – but time has told us that actions speak much louder than words. When we talk about the up-and-coming bright young things, we tend to pay attention to the young graduates, the talented 20-somethings; but there are several young people who have made a significant impact on our world today who haven’t even left the teenage bracket yet. Some energised and individually-minded young people have proven wisdom doesn’t necessarily come with age, demonstrating their ability to change the world with their wits, their emotions, and ideas. These kids have taken advantage of their circumstances to make the world a better place, resulting in huge changes to our society. With the right connections, resources, and plenty of luck, these fresh-faced kids have influenced even the politicians most set in their ways in the right direction.

What it’s like to grow old, in different parts of the world At TED2013, Jared Diamond shares some of his research on how different societies treat the elderly. Photo: James Duncan Davidson The world’s population is getting older.

A fun video in which Kid President, delightful youtube motivator, reminds us of 20 things we should say more often that contribute to the exhibition of positive character traits. Great for use in the classroom with students, with teachers for professional development, or just as a quick positive reminder after a long day. by kandace_stephenson Nov 22

Related:  Kid President
Related:  Cool Teaching things   -  Motivate and Inspire   -  Motivation   -  Inspire Change   -  Motivate your learners   -  inspire etc   -  Blog About It! Using Blogs to Motivate Students   -  Inspire me!   -  Science and Space Facts, Science and Space, Human Body, Health, Earth, Human Disease   -  Free Word Search Maker - make personalized word search puzzles with images, clues, or text hints   -  LOOK AT YOURSELF AFTER WATCHING THIS.mp4 - YouTube   -  How to Be Charismatic: 7 Powerful Tips from the Mentalist   -  Building Self-Confidence - Stress Management Skills from Mind Tools   -  Denis Dutton: A Darwinian theory of beauty - YouTube   -  Two questions that can change your life on Vimeo   -  aa0518b21b29e6fd15b442ba33f084b9e465cf83.jpeg (JPEG Image, 500 × 800 pixels)   -  Ten Ways To Use Your Edublog – Click play for some great ideas! – Edublogs – free blogs for education   -  Expand Your Mind - Puzzles and Brain Teasers   -  RSA Animate - Choice - YouTube   -  Obvious to you. Amazing to others. - by Derek Sivers - YouTube   -  Guy travels the world and shoots 1 second of footage in each location (Video)   -  The Holstee Manifesto: Lifecycle Video - YouTube   -  NeverWet Super Hydrophobic Coating Products | Waterproofing Spray   -  5 Ways to Give Yourself an Education That Kicks the Crap Out of the One You Got in School   -  MOTIVATION - PAIN IS TEMPORARY - YouTube   -  99 Tiny Stories to Make You Think, Smile and Cry   -  Want People to Return Your Emails? Avoid These Words [INFOGRAPHIC]   -  Science360 - Video Library   -  J.K. Rowling Speaks at Harvard Commencement - YouTube   -  3 Words That Guarantee Failure | Inc.com   -  Make It Count - YouTube   -  Caine's Arcade - YouTube   -  40 Questions Everyone is Afraid to Ask   -  How Can I Recharge My Depleted Motivation?   -  Never, ever give up: Arthur's inspirational transformation. [VIDEO]   -  Questions no one knows the answers to - Chris Anderson | TED-Ed   -  The 50 Greatest Movie Monologues - Film.com   -  Resources - AccreditedOnlineColleges.com   -  15 Ways to Be Irresistibly Attractive   -  50 Apps Students Will Be Using In Your Classroom | Edudemic   -  Teachers Quick Guide to BYOD ~ Educational Technology and Mobile Learning