Two questions that can change your life 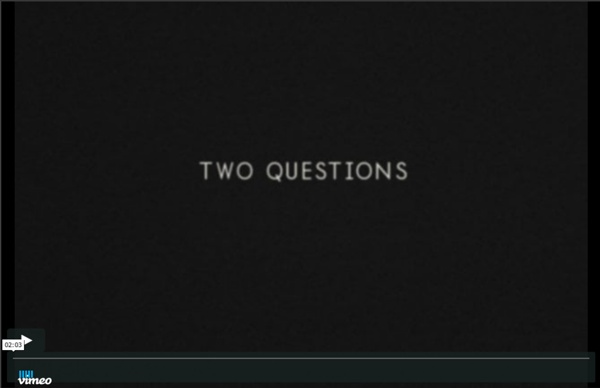 How Facebook’s newest teen engineer supported his family with apps until cashing in There’s nothing that highlights the fact that Silicon Valley is the new Wall Street, gold rush, colonial settlement — insert your American Dream rags-to-riches historical moniker here — quite like the story of 18-year-old Miami resident Michael Sayman. This week, Facebook hired Sayman as one of its youngest full-time engineers in history. He wouldn’t tell me his salary, but admitted his friends are already pressuring him to “buy a Tesla,” which he won’t do because he’d “rather save the money.” I met Sayman four months ago, when the then 17-year-old developer caught Mark Zuckerberg’s eye. He had poured the last year of his life into building the game, which was a version of charades. “I’m beating Starbucks, Luminosity, Fitbit, Lyft… oh my gosh, it’s number 123 in the overall app store ratings!” But getting to the top of the app store wasn’t just a fun goal for Sayman. Since the age of 13, Sayman had been supporting his parents and his sister with profits he made from prior apps.

Casual (subculture) In the mid-1990s, the casual subculture experienced a revival, but emphasis on style had changed slightly. Many football fans adopted the casual look as a kind of uniform, identifying them as different from the ordinary club supporters. In the late 1990s, many football supporters began to move away from the brands that were considered the casual uniform, because of the police attention that these brands attracted. Casual fashion experienced an increase in popularity in the 2000s, with British music acts such as The Streets and The Mitchell Brothers sporting casual outfits in their music videos. Casuals United, also known as UK Casuals United,[7] is a British anti-Islamic protest group that formed in 2009.[8] It is closely affiliated with the English Defence League,[9] a far right[10][11][12][13][14] street protest movement which opposes what it sees as the spread of Islamism, Sharia law and Islamic extremism in England.[15][16]

5 Reasons To Write A Letter To Your Future Self | This Is QuarterLife In March, I turned twenty-five years old, and on that most dreaded day I received a letter from my twelve year-old-self. At twelve, I distinctly remember listening to Britney Spears’ “Ooops I did it Again,” consuming Fruit by the Foot, surviving Y2K, and wearing checkered school jumpers that came down to my knees. It was that magical time right before pimples started growing uncontrollably and watching Saturday morning cartoons was still acceptable. Oh how much has changed since those simple times. Reading my letter evoked a lot of emotions in the span of two minutes. Aside from the obvious hilarity that comes out of a twelve year-olds mind, it amazed me how much my twelve year old self seemed to know about life. 1) It reminds you of who you once were We’re always growing and changing — you’re not the same person now that you were at 15, and at 35 who knows what new interests, goals, and people will be a part of your life. 2) Writing a letter helps you reflect

String Tripod This is an old photographers trick - here is my design. Sometimes referred to as a string tripod or string bipod or string monopod. Also known as a chain tripod, bipod, etc... This device is used to stabilize a camera in order to get clearer pictures at a slow shutter speed. Since image stabilization systems work best with rotational vibration, translational vibration can still create blurry pictures. More on VR here Advantages:-Cheap-Easy to make-No special tools needed (or really any at all)-Hard to break-Small-You can use this where tripods are disallowed (such as museums)-If the "tripod" gets dirty you can throw it in the wash-If you misplace it, you can make another-Rotational movement still available for panning and recomposition Disadvantages:-Does not hold as steady as a real tripod-You can get some looks while using it

Your Words Matter Your Words Matter. I had a teacher who once told me I would most likely be a college dropout. Her words mattered. When I told my wife I wanted to write a book and she said without blinking an eye, “Do it.” I told my daughter the other day how proud I was of her for writing a full sentence! My words mattered. And when I hear back from the teachers and parents that read this blog, I know my words matter. “Learning how to use language effectively will be the most valuable skill you will have to use for the rest of your life.” Woah. Want to get a job? Want to get married? Want to sell something? What Are We Teaching Our Children About Their Words? The problem I see across the board in schools and in the workplace, is that most people rarely think about the power their words have to make a positive impact. DON’T use your words to bully another person (important). or DON’T use contractions (not that important). Your Words Matter To matter means to be of consequence or importance to others.

[link] This Chelsea restaurant has gone from brasserie to brassiere. Chef Daniel Angerer is letting diners at Klee Brasserie munch on cheese made from his wife’s breast milk. “It tastes like cow’s-milk cheese, kind of sweet,” he told The Post. The flavor depends on what the cheese is served with — Angerer recommends a Riesling — and “what the mother eats,” said Angerer, who once bested Bobby Flay on TV’s “Iron Chef.” Breast milk doesn’t curdle well due to its low protein content, so a little moo juice has to be added to round out the texture, Angerer said. After blogging about his efforts with the human cheese, customers started demanding a sample, he said. “The phone was ringing off the hook,” the chef said. The response has been generally positive from those who’ve tried the cheese, although many customers are too squeamish to attempt it. “I think a lot of the criticism has to do with the combination of sex and cheese, but . . . the breast is there to make food,” said Lori Mason, the chef’s wife.

What it’s like to grow old, in different parts of the world At TED2013, Jared Diamond shares some of his research on how different societies treat the elderly. Photo: James Duncan Davidson The world’s population is getting older. Across the globe, people are living longer thanks to improvements in healthcare, nutrition and technology. Jared Diamond: How societies can grow old better In today’s talk, Jared Diamond examines the vast differences in how societies across the globe view and treat their senior citizens. The Western system for elder care is far from perfect, notes Diamond, and everyone stands to learn something from how different societies care for their seniors. Who is considered old? As Diamond mentions in his talk, the perceived value of the elderly is an important factor in determining whether seniors are respected or not. The United Nations recently turned its attention to developing policy to support aging populations around the world — and their line for elderly begins at 60. Where do the elderly live?

Install Bookmarklets on Delicious Bookmarklet Our bookmarklet lets you quickly add links from any web page. Make sure your bookmarks toolbar is visible, then drag this button there. Click '+ Add to Delicious' any time you want to add a page. Safari users need to enable third party cookies to remain logged in to the bookmarklet. This can be done by going to your Safari Preferences, selecting Privacy, and setting Block cookies and other website data to Never. Delicious Web Get more organized by saving links directly from Firefox. In Firefox, choose "Bookmarks Toolbar" in View > Toolbars. Save Buttons With a "Save this on Delicious" button, you can provide your site visitors an easy way to save it to Delicious. Add this link to your page to let people add your site to Delicious. Save this on Delicious

Make Your Life into a Masterpiece Make Your Life into a Masterpiece The most important masterpiece you’ll ever create is your life. But to create your masterpiece you must first design it. You must have a vision of what it looks like. Once you have a vision and design it you can begin the process of building it. To help you with your design you can ask questions such as: What does your life look like when you are at your healthiest, strongest, and best? What does your family situation look like while you are pursuing success in your work? What matters most? What priorities drive you each day? What are you doing that makes you come alive? What are you born to do? What are you doing to live and share your purpose? When you look back on your life what do you want to be able to say about it? How do you want to feel? What will you have wanted to accomplish? What legacy will you have left? For some the answers to these questions may lead you to a new career. Stay flexible and adaptable through the process. -Jon

Mad Scientist Light info: (the boxes with an 'S' inside are fluorescent light starters) photos: video: 4 inspiring kids imagine the future of learning After more than 13 years of research convinced him that children have the ability to learn almost anything on their own, 2013 TED Prize winner Sugata Mitra aspires to shape the future of learning by building a School in the Cloud, helping kids “tap into their innate sense of wonder.” In the spirit of Mitra’s invitation to the world to “ask kids big questions, and find big answers,” we asked four brilliant young people to tell us: What do you think is the future of learning? Here, their answers. Adora Svitak, 15-year-old writer, teacher and activist “One of the most powerful shifts in the future of education will come from not only the tools at our disposal, but from an underutilized resource: the students whose voices have for too long been silent. Watch Adora’s talk to discover “What adults can learn from kids” » Kid President, 10-year-old inspiration machine “My older brother and I believe kids and grown ups can change the world. Watch Kid President’s inspiring “pep talk” for the world »

Loving Day Flagship Celebration 2010 | Loving Day It was a rainy day in New York City, but that didn't stop nearly 1,000 guests from attending the Loving Day Flagship Celebration! Under our giant festival tent, our guests enjoyed food, drinks, music, dancing, and conversation. In the Art and Family area, people wrote letters to the president, asking for official recognition of Loving Day. Loving Day founder Ken Tanabe announced a recent article about Loving Day in Time Magazine online. As always, the crowd was incredibly warm, welcoming, and diverse in terms of age, ethnicity, culture, and nationality. A special thanks to our very talented photographers! Willie Davis has been published in the New York Times, The Village Voice, Rolling Stone, Vanity Fair, and many more. Mauro Clerici travelled across 26 states over 2 months to document Americans and coping with sustainability in his latest project entitled Provocative Nation, which was was exhibited at the Pratt gallery in New York.