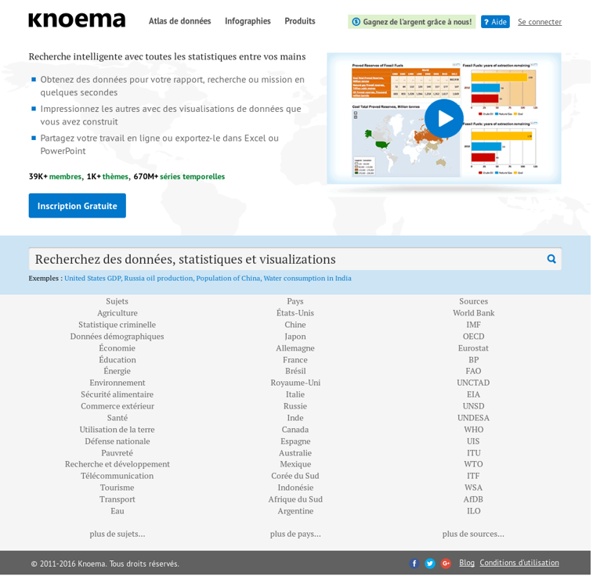 3 is here Today, we’re excited to introduce you to Wunderlist 3! With lightning-fast Real-time Sync, a beautiful new design and more than 60 improvements, Wunderlist 3 is our biggest update yet. We know it’s been a long time coming, so before we get to what’s new, we’d like to share what this release means to us. Ten months ago – after launching Wunderlist 2, introducing Wunderlist Pro and Wunderlist for Business – we set out on a journey that we knew would take some time. Seeing millions of you organize your daily life with Wunderlist, share your grocery lists, track your favorite movies and run your business, we made a plan to rebuild Wunderlist from scratch, with the goal to make it better, faster and most importantly, ready for the future.

Tagxedo - Creator Processing ... Personal $ Svg $20 ✓ Up to $75 merchandises for personal use. Create Stunning Infographic With These Great Tips And Tutorials Infographics is where data and information meets design. These graphic visual representations are able to quickly and effectively share knowledge with your audience. In Today’s post, you will learn how to create stunning infographic with these very useful tutorials and articles. 40 maps that explain the Roman Empire by Timothy B. Lee on August 19, 2014 Two thousand years ago, on August 19, 14 AD, Caesar Augustus died. He was Rome's first emperor, having won a civil war more than 40 years earlier that transformed the dysfunctional Roman Republic into an empire.

The world as 100 people, glimpsed over 200 years of history Max Roser, the Oxford economist behind Our World In Data, has devoted his career to spreading a statistically informed view of global development. Chart how things have actually changed over history, he says, and you'll see that we've come a long way. Roser recently released a commentary on the last two centuries. Learn piano online As a beginner I was able to progress very quickly. It was so easy to get started and learn new songs. I can’t wait for the mobile version! 46 Tools To Make Infographics In The Classroom Infographics are interesting–a mash of (hopefully) easily-consumed visuals (so, symbols, shapes, and images) and added relevant character-based data (so, numbers, words, and brief sentences). The learning application for them is clear, with many academic standards–including the Common Core standards–requiring teachers to use a variety of media forms, charts, and other data for both information reading as well as general fluency. It’s curious they haven’t really “caught on” in schools considering how well they bridge both the old-form textbook habit of cramming tons of information into a small space, while also neatly overlapping with the dynamic and digital world. So if you want to try to make infographics–or better yet have students make them–where do you start? The 46 tools below, curated by Faisal Khan, are a good place to start.

Hohli Hohli Online Charts Builder New version: Roads to Rome Roads to Romes (US) Following this fact, we adjusted our routing to find the closest Rome to every location in the USA. Each color represents routes leading to the closest Rome of this very starting point. Adjusting and coloring the routing to multiple destinations resulted in a very interesting territorial picture. Thus, every location is connected to the nearest Rome according to fastest travel time. As we know the melting pot is the home of many Americans who centuries ago migrated from Europe.