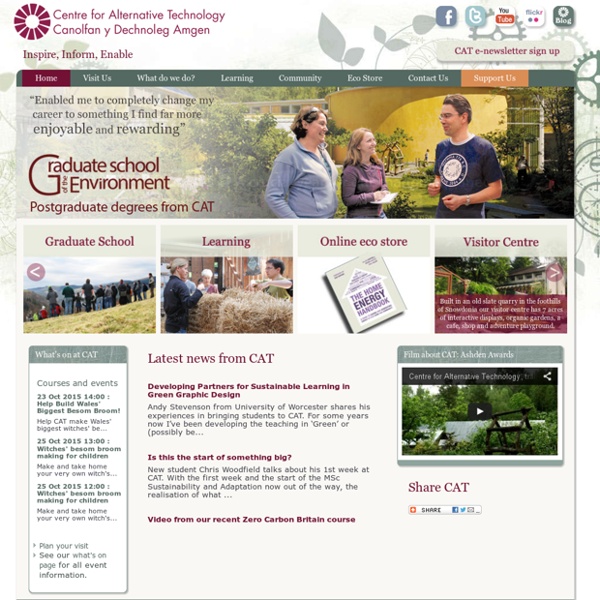 Hedgehog Self Build Hedgehog Self Build: Brighton UK The project began in 1996, when a small group of local people without permanent housing became aware of the recently completed Diggers Self Build Project in Brighton, itself an innovative ecological project in Brighton. The four people who initiated the project were all in housing need with little hope of being rehoused by Brighton council, and saw another self build project as a means of enabling them to literally build a future for their children. They used the contacts and structures as put together for the Diggers project to initiate this project with the council - and encountered a positive response. They then spent a good two years building up the group, lobbying councillors and publicising the initiative, and were eventually rewarded with the offer of a beautiful (tho' difficult to develop) site. The houses will be for rent at a discount from the standard Housing Association rate.

This Mexico City Building Eats Smog For Lunch There are plenty of architects these days who are doing their best to design buildings that are energy efficient and utilize green technology. And then there’s Allison Dring and Daniel Schwaag of the Berlin-based firm Elegant Embellishments. For Torre de Especialidades, a hospital with a new tower currently under construction in Mexico City, the duo has developed a tile called proSolve370e, which will cover the façade of the building. The tile’s shape and chemical coating will help neutralize the chemicals present in the city’s smog. Yes, that’s right, this building will literally eat pollution. Dring tells TakePart that Elegant Embellishments was formed in 2006 as a kind of architectural start-up to self-initiate projects that incorporate new and often invisible technologies.

Community Energy Initiatives Information has been collected as consistently as possible for projects funded or supported by the following community-orientated Government Programmes and other community energy programmes or networks: Government community energy programmes: Clear Skies Community Renewables Initiative (CRI)* Scottish Community and Householder Renewables Initiative (SCHRI) PV Grant Programme Community Energy EST Innovation Programme this plant will charge your phone Next time you ask to borrow your friend’s charger, it might live in their greenhouse. No, really. While saving the planet is no small task, Barcelona-based company Arkyne Technologies recognizes the value in starting with renewable energy. After releasing successful prototypes, they just brought your eighth grade science class to life with a pretty little pot called Bioo Lite, according to Yahoo Tech.

Hot-Lime Mortars, Canterbury Wednesday 14 October A further Hot Limes Forum and hands-on day, hosted by Canterbury Cathedral, has been arranged for Wednesday 14th October. This will be a one-day event, similar to that held in Dartmoor in June, and has been jointly organised by Nigel Copsey of the Earth Stone and Lime Company, Canterbury Cathedral Masons and Conservators, and Historic England Conservation Research Team. The day will consist of a morning of information and experience exchange. Confirmed speakers include Nigel Copsey, Craig Frew, Bill Revie, Pat McAfee, Alan Gardner, Richard Jordan, Ivor McElveen, Alison Henry and Stafford Holmes.

Tomorrow's cities: How the Venus Project is redesigning the future 25 August 2013Last updated at 19:34 ET Is it possible to create a radically different society? One where material possessions are unnecessary, where buildings are created in factories, where mundane jobs are automated? Would you want to live in a city where the main aim of daily life is to improve personal knowledge, enjoy hobbies, or solve problems that could be common to all people in order to improve the standard of living for everyone? What is sustainable development · Sustainable Development Commission "Sustainable development is development that meets the needs of the present, without compromising the ability of future generations to meet their own needs." The concept of sustainable development can be interpreted in many different ways, but at its core is an approach to development that looks to balance different, and often competing, needs against an awareness of the environmental, social and economic limitations we face as a society. All too often, development is driven by one particular need, without fully considering the wider or future impacts. We are already seeing the damage this kind of approach can cause, from large-scale financial crises caused by irresponsible banking, to changes in global climate resulting from our dependence on fossil fuel-based energy sources.