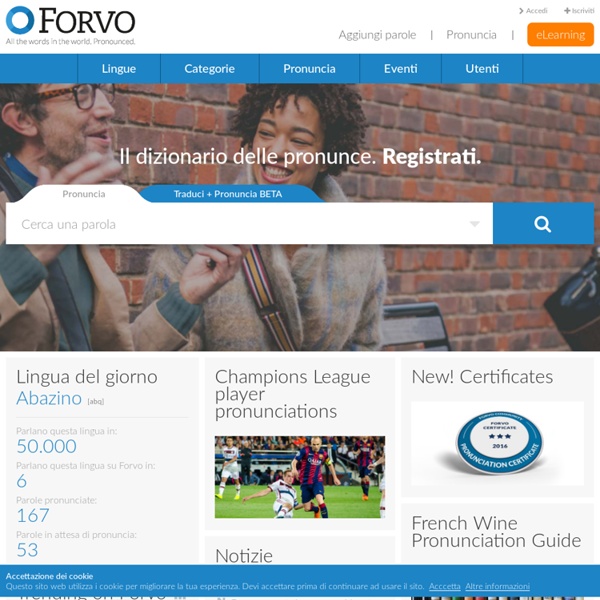 Links for translators The resources on this page are all available free (or in free versions) on the Internet. General Dictionaries Cambridge The suite of Cambridge dictionaries are possibly the best online English-English dictionaries available (and with nearly 2m searches a month, among the most popular). Catalan Catalan dictionary from the Enciclopèdia Catalana. Cardboard Box Tools The child in the photo above just received the most amazing toy! It might have been a giant stuffed giraffe, or a truck, or a new game. However, the cardboard box is even more exciting. The child will eventually outgrow the giraffe or the truck because those toys can be only one thing -- but the box is timeless. The box can be a racecar, a submarine, a suit of armor, a castle, or a cave.

it's NOT about what the teacher does with technology Bruce Springsteen: "When we kiss…" Not just going through the motions! You could probably say I've had four different though overlapping careers — in language teaching, language teacher training, technology and ELT management. The first of those I retired from (after 35+ years) a few months ago, though the number of contact hours I was doing was limited; teacher training I'm retiring from at the end of this month; management I got fired from (to the relief of all involved!)

6 small changes in Android L that make a big difference Most of the posts floating around the web about Android L release have focused on revamped notifications, the new recent menu changes, the death of Dalvik, the new material design, Android for Work and other hard hitters that were showcased during the Google I/O 2014 keynote. After playing around with Android L on my Nexus 5, I’ve discovered that the rabbit hole is much deeper than this! There’s plenty of very small, subtle changes in Android L Developer Preview that might not be big on their own, but they are still very welcome and in the long run could make a pretty big difference when it comes to improving our mobile experience. While many of these changes can be achieved already through 3rd party apps or are found in OEM skins, it’s still a nice change for stock Android. Android predicts how long it’ll take to charge your battery

Ukindia Learn Sanskrit Lesson 1 Paperhelp to help you write papers Lesson 2 ..Home....Asian Books..Sanskrit lessons ( external)..Tamil.Gujarati. Punjabi. Hindi.Urdu.SanskritArabic.Greek.English. Russian. Hebrew..Mathematics Translation dictionary - download dictionary ABBYY Lingvo ABBYY Lingvo Translation Dictionary is a dictionary application that lets you translate words, expand your vocabulary and master foreign languages. It contains trusted dictionaries for up to 19 languages, including German, Spanish, Italian, and English. Quick and accurate translations Get translations faster: use a search bar – it will display suggestions as you type, just like in search engines. View pop-up translations in other apps: just aim the pointer at a word in a PDF file, an e-mail message or a website. World-class dictionaries

A Map of Lexical Distances Between Europe's Languages A Finn and a Spaniard walk into a bar. How do they strike up a conversation? It would be exceptional for either to speak each other's language. And it would be rare for both to be fluent enough in French, German, Esperanto or Russian – all languages which once had the ambition to become Europe's lingua franca. No, that Finn and that Spaniard will talk to each other and order drinks in English, the true second language of the continent.

Grammar Girl Mignon Fogarty is the creator of Grammar Girl and the founder and managing director of Quick and Dirty Tips. A magazine writer, technical writer, and entrepreneur, she has served as a senior editor and producer at a number of health and science web sites. She has a B.A. in English from the University of Washington in Seattle and an M.S. in biology from Stanford University. Mignon believes that learning is fun, and the vast rules of grammar are wonderful fodder for lifelong study. She strives to be a friendly guide in the writing world. Her archenemy is the evil Grammar Maven, who inspires terror in the untrained and is neither friendly nor helpful.