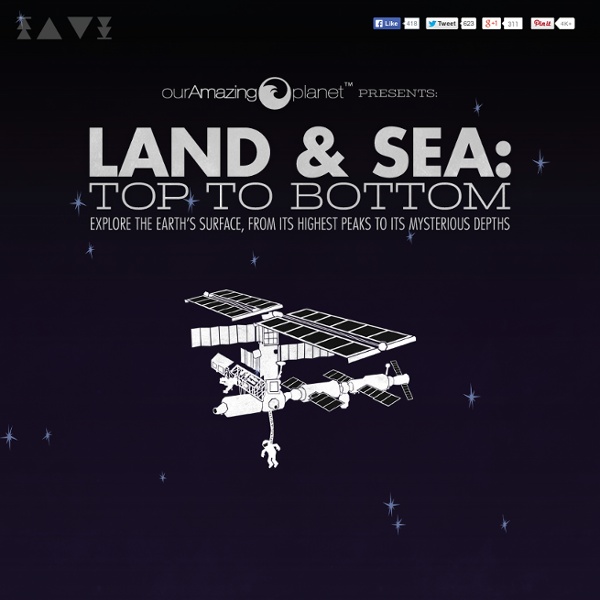 100 Best Science Documentaries Online No matter how much you know, there is always something new to learn about science. While your college courses may cover the basics, you can get a more in-depth look at a wide variety of topics from Internet resources such as these great documentaries. These selections will help you explore everything from the inner reaches of the human mind to the outer areas of our universe and just about everything else in between. Health and Medicine These documentaries cover topics like health care, diseases, nutrition, nursing, and more so you can get great insights into health and medicine. Super Size Me: In this movie, filmmaker Morgan Spurlock attempts to subsist on only a diet of McDonald’s for a full month. Drugs Learn how drugs impact the brain and the variety of legal restrictions imposed upon them from these documentaries. Ecstasy Rising: Watch this video from Primetime to learn more about ecstasy, its effects and more. Genetics Evolution and Biological History Physics Environment Geology Space

Science News: Nanoguitar Photo by D. Carr and H. Craighead, Cornell. The world's smallest guitar is 10 micrometers long -- about the size of a single cell -- with six strings each about 50 nanometers, or 100 atoms, wide. Made by Cornell University researchers from crystalline silicon, it demonstrates a new technology for a new generation of electromechanical devices. The world's smallest guitar -- carved out of crystalline silicon and no larger than a single cell -- has been made at Cornell University to demonstrate a new technology that could have a variety of uses in fiber optics, displays, sensors and electronics. The "nanoguitar" -- made for fun to illustrate the technology -- is just one of several structures that Cornell researchers believe are the world's smallest silicon mechanical devices. "We have a new technology for building the smallest mechanical devices," said Harold G. The guitar has six strings, each string about 50 nanometers wide, the width of about 100 atoms. Photo by D. Photo by D.

Map Tunnelling Tool Tunnel to the Other Side of the Earth Have you ever wondered which part of the other side of the earth is directly below you? Find out using this map tunnelling tool. Map Tunnelling Tool Options Unlink Zoom between Map 1 and Map 2 How to use the Map Tunnelling Tool Drag map 1 or 2 by clicking and holding the map as you move it. To make things easier, you can also zoom the map in and out. You can adjust the height of the map by using the small, medium and large buttons. You can also change the map view using the Map, Satellite and Hybrid buttons. About This is a Antipodes Map. Version History 9th March 2014 - Update to fix bug with crosshairs not appearing on the exact centre of the map 11th November 2013 - Implemented Google Maps API V3 21st September 2009 - Removed border around maps for better fit 14th January 2009 - Added Unlink Zoom option 22nd October 2008 - Added dual control so both maps can be the "driver" and the "passenger". Future Developments Relevant Links Google Earth Tunnelling Tool

stereomood – emotional internet radio - music for my mood and activities The Science Creative Quarterly & A DIALOGUE WITH SARAH, AGED 3: IN WHICH IT IS SHOWN THAT IF YOUR DAD IS A CHEMISTRY PROFESSOR, ASKING “WHY” CAN BE DANGEROUS - StumbleUpon SARAH: Daddy, were you in the shower? DAD: Yes, I was in the shower. SARAH: Why? DAD: I was dirty. DAD: Why does the shower get me clean? SARAH: Yes. DAD: Because the water washes the dirt away when I use soap. DAD: Why do I use soap? DAD: Because the soap grabs the dirt and lets the water wash it off. DAD: Why does the soap grab the dirt? DAD: Because soap is a surfactant. DAD: Why is soap a surfactant? DAD: That is an EXCELLENT question. DAD: Why does soap form micelles? DAD: Soap molecules are long chains with a polar, hydrophilic head and a non-polar, hydrophobic tail. SARAH: Aidrofawwic DAD: And can you say ‘hydrophobic’? DAD: Excellent! DAD: Why does it mean that? DAD: It’s Greek! SARAH: Like a monster? DAD: You mean, like being afraid of a monster? DAD: A scary monster, sure. (pause) SARAH: (rolls her eyes) I thought we were talking about soap. DAD: We are talking about soap. (longish pause) DAD: Why do the molecules have a hydrophilic head and a hydrophobic tail? DAD: That’s complicated.

NOVA Can Wind Turbines Make You Sick? Residents living in the shadows of wind turbines say the sound is making them sick. But so far the science isn't there. From NOVA Next | Jun 27, 2018 Thirty Years Ago Today, Global Warming First Made Headline News On June 23, a NASA climate scientist, James Hansen, told a U.S. From NOVA Next | Jun 23, 2018 New Middle Eastern Particle Accelerator’s Motto is “Science for Peace” In a region in turmoil, an unprecedented joint venture of scientists and policymakers is working together on Jordan’s new particle accelerator under the motto "science for peace." From NOVA Next | Jun 21, 2018 Psychological Damage Inflicted By Parent-Child Separation is Deep, Long-Lasting Here's what happens in the brain and the body when a child is forcibly separated from his or her parents.

Simple animation to explain complex principles - Electronics 1, aircraft radial engine 2, oval Regulation 3, sewing machines 4, Malta Cross movement - second hand movement used to control the clock 5, auto change file mechanism 6, auto constant velocity universal joint 6.gif 7, gun ammunition loading system 8 rotary engine - an internal combustion engine, the heat rather than the piston movement into rotary movement # Via World Of Technology. 1, inline engine - it's cylinders lined up side by side 2, V-type engine - cylinder arranged at an angle of two plane 3, boxer engine - cylinder engine arranged in two planes relative World Sunlight Map Watch the sun rise and set all over the world on this real-time, computer-generated illustration of the earth's patterns of sunlight and darkness. The clouds are updated daily with current weather satellite imagery. The Mercator projection used here is one way of looking at the spherical earth as a flat map. Used since the 16th century for navigation, straight lines on this map can be used accurately as compass bearings but the size and shape of continents are distorted. Compare this with Peters, Mollweide or equirectangular projection maps. Also available is a semi-realistic view of dawn and dusk from far above the Earth, a look at the moon, and information about how this works.