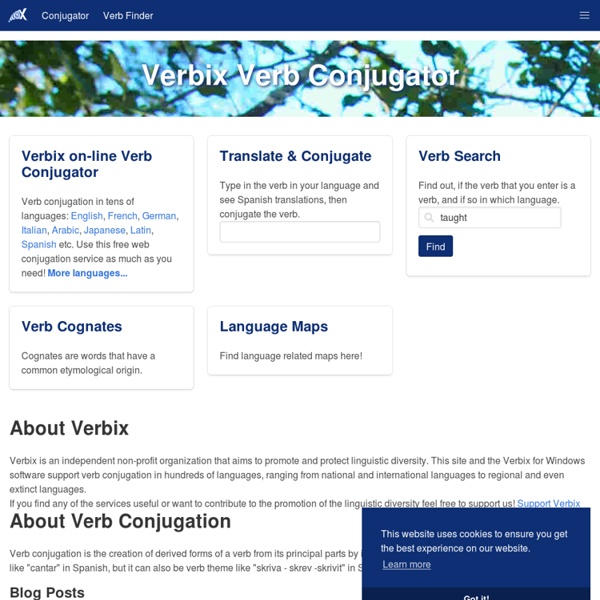 75 Free Language Learning Resources Online Whether you’re trying to learn English, Spanish, French, Portuguese, Japanese, Chinese, Italian –you get the picture – it’s good to get free help along the way. Luckily, there are tons of free online resources out there. Here are 75 to get you started … 1. 101Languages.net – Learn basics like vowels, consonants, phrases and vocabulary for various languages like Arabic, Bambara, Cebuano, Estonian, Icelandic, Latvian and Serbian. 2. 123TeachMe.com – 123TeachMe offers free learning materials, including games, quizzes, vocabulary builders, mp3 study lists, RSS vocabulary lists and more for adults and children.

Why the right hates American history Sure, the war on education helps Republican lawmakers destroy unions and slash government spending, but it’s our history of progressive change that makes Conservatives hate accurate depictions of our past. Just think about Social Security, The New Deal, freeing the slaves, or child labor laws… all represent great turning points in our nation that progressives made possible. The fact is, our entire history – from our revolution to healthcare reform – is filled with progressive accomplishments, and it’s hard to sell the Conservative brand to people who know that history. Many of the today’s biggest political issues, like our privacy rights, would not even be up for debate today had it not been for the attack on education. If more Americans had had a strong understanding of our history, George W. Bush and Dick Cheney would have never been able to pull off the Patriot Act.

21 Digital Tools to Build Vocabulary l Dr. Kimberly's Literacy Blog If you follow this blog, you know that I believe effective vocabulary instruction is just about the most important instructional activity for teachers to get right. For lots of reasons. Vocabulary influences fluency, comprehension, and student achievement. Language learning makes the brain grow, Swedish study suggests At the Swedish Armed Forces Interpreter Academy, young recruits learn a new language at a very fast pace. By measuring their brains before and after the language training, a group of researchers has had an almost unique opportunity to observe what happens to the brain when we learn a new language in a short period of time. At the Swedish Armed Forces Interpreter Academy in the city of Uppsala, young people with a flair for languages go from having no knowledge of a language such as Arabic, Russian or Dari to speaking it fluently in the space of 13 months. From morning to evening, weekdays and weekends, the recruits study at a pace unlike on any other language course. As a control group, the researchers used medicine and cognitive science students at Umeå University -- students who also study hard, but not languages. Both groups were given MRI scans before and after a three-month period of intensive study.

Fighting talk: how Tommies found a common language in the trenches In 1917, as America was drawn into the first world war, several glossaries of trench language were published by recruiting offices and newspapers. "Men from the front declare that a knowledge of this trench jargon is quite essential," reported the New York Literary Digest of the Recruits' Primer of Trench Idiom in 1917. "Without it the language would be unintelligible." Given the ever-present threat of attack, it's no surprise that efforts were made to ensure recruits could understand commands. And given the deprivations of the trenches, communication was often all there was.

Future - The secret “anti-languages” you’re not supposed to know Could you erectify a luxurimole flackoblots? Have you hidden your chocolate cake from Penelope? Or maybe you’re just going to vada the bona omi? If you understand any of these sentences, you speak an English “anti-language”. Since at least Tudor times, secret argots have been used in the underworld of prisoners, escaped slaves and criminal gangs as a way of confusing and befuddling the authorities. Thieves’ Cant, Polari, and Gobbledygook (yes, it’s a real form of slang) are just a few of the examples from the past – but anti-languages are mercurial beasts that are forever evolving into new and more vibrant forms.

8 Ancient Writing Systems That Haven't Been Deciphered Yet The Indus Valley civilization was one of the most advanced in the world for more than 500 years, with more than a thousand settlements sprawling across 250,000 square miles of what is now Pakistan and northwest India from 2600 BCE to 1900 BCE. It had several large, well-planned cities like Mohenjo-daro, common iconography—and a script no one has been able to understand. Over at Nature, Andrew Robinson looks at the reasons why the Indus Valley script has been so difficult to crack, and details some recent attempts to decipher it. Since we don't know anything about the underlying language and there's no multilingual Rosetta stone, scholars have analyzed its structure for clues and compared it to other scripts. Most Indologists think it's "logo-syllabic" script like Sumerian cuneiform or Mayan glyphs.

Language Training - Fluency is Confidence Have you ever tried learning a new language? Most of us have, and we all run into the same problems: too much vocabulary, too much grammar, and worse yet, it's so frustrating when we can't find a way to say what we want — we can't express ourselves! Over the last 30 years, linguistic science has found that the most reliable way to really acquire a new language is to listen to it. And that doesn't mean listening to whatever you please like TV shows or music — in fact, there's a very specific type of listening that learners need to do to become successful.

Ukindia Learn Sanskrit Lesson 1 Paperhelp to help you write papers Lesson 2 ..Home....Asian Books..Sanskrit lessons ( external)..Tamil.Gujarati. Punjabi. Hindi.Urdu.SanskritArabic.Greek.English. A Map of Lexical Distances Between Europe's Languages A Finn and a Spaniard walk into a bar. How do they strike up a conversation? It would be exceptional for either to speak each other's language.