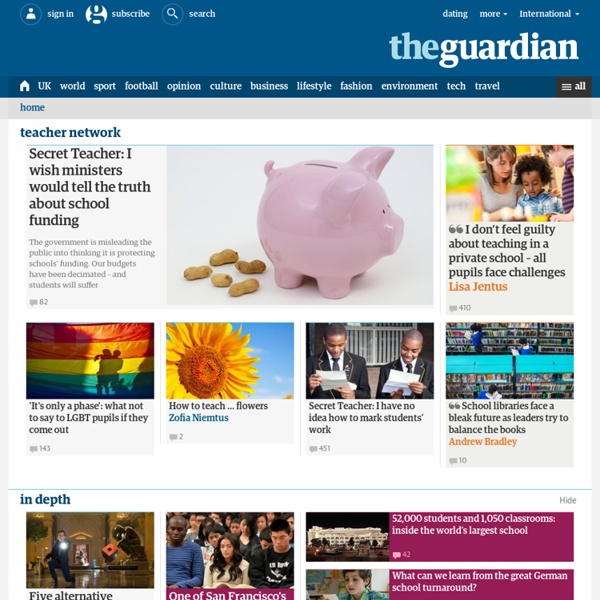 E-waste, recycling, and sustainability - Geography (9,10) - ABC Splash - A TV monitor lies amongst electronic trash. Playing on it are images of recycling trash being picked up by truck and sorted and processed in plants.TANYA HA, REPORTERRight now, you are watching trashy television and I mean that in the nicest possible way. But the way we sort the stuff we want from the stuff we don't all boils down to some beautiful simple physics in action, starting with size and weight.Rubbish passes over a vibrating conveyer belt, some of it falling off.TANYA HAThis incline of vibrating, spinning rubber discs acts like a giant sieve. The lightweight paper and cardboard moves up, heavier, more compact bottles and cans move down.Tanya Ha lowers a textbook. She stands before a white board with algebraic expressions written over it.TANYA HAIf you were paying attention in high school physics you'll know that some metals and their alloys, like iron and steel, are innately magnetic.

Thomas Hardy – author of Tess of the D’Urbervilles Biography The poet and novelist Thomas Hardy is perhaps most famous for his powerfully visual novels, concerned with the inexorability of human destiny. His works unfold against a rural background drawn as an elegy for vanishing country ways, but which also provides much-needed comic relief. Thomas Hardy was born in Higher Bockhampton, Dorset - and the fictitious Wessex where he sets most of his novels is clearly inspired by south-west England. Son of a stonemason, and trained as an architect, he wrote in his spare time until the success of Far From The Madding Crowd (1874). He could then give up architecture for writing, and marry Emma Gifford, whom he had met in Cornwall in 1870.

50 Must-Have Educational Apps It’s time for holiday road trips and you know what that means: driving, flying, cranky kids, and… teaching opportunities! What’s that, you say? Well, there is so much downtime during the holidays where kids and adults spend hours just passing the time… why not try out some new apps on your phone? Many of these apps were found by The Teaching Palette, be sure to check out their fantastic site for more helpful resources! From learning the ABCs to doodling, there’s plenty of terrific apps out there that will pass the time but also educate. Sweden elections: How do they work? National, regional, and local elections are taking place in Sweden on September 14th. Whether you're a first-time voter or a fresh armchair observer, The Local's beginners' guide will answer the key questions you were too afraid to ask. Why is Sweden holding elections now? There are elections in Sweden every four years.

Writing, publishing and revising Far From The Madding Crowd Elizabeth James traces the development of Thomas Hardy’s fourth novel, from inspiration to post-publication revisions. Far from the Madding Crowd marked a turning point in Thomas Hardy’s career. It was the first of his novels to be written after he had decided to give up his work as an architect, the first to be written for a prestigious literary magazine closely supervised by a meticulous editor and, famously, the first to use the term ‘Wessex’ to identify the ‘partly real, partly dream-country’ setting in south west England. ESL PowerPoint Lessons,PowerPoint Games, PPT for teaching English vocabulary Free Interactive Fun Games for Classrooms - Goodbye Classroom Boredom! ESL Classroom Fun Games: They simply rock! Have fun with wheel of fortune, Quiz shows, Billionaire Games. Revision Games for Level 1 - 6 Primary Learners - You have to try these games

Stockholm's shocking take on Halloween American Bill Schacht missed the spooky outfits, family feasts and charity events he associated with Halloween when he moved to Sweden. So he did something about it. The Local meets the founder of the capital's annual Shockholm parade. Halloween is a relatively young tradition in Sweden, with few people celebrating it until the 1990s. But the festival is gradually becoming an annual event here as Swedes slowly embrace scary costumes, cobweb decorations and group get-togethers.

Thomas Gray's Elegy written in a country churchyard English Thomas Gray’s Elegy Written in a Country Churchyard, first published in 1751, is one of the most widely-quoted poems of the 18th century. It is a meditation on the inevitability of death; the vanity of ambition and the universal human desire to be loved. In particular the poem looks at death as a leveller, an indiscriminate force which makes no distinction between the famous on the one hand and, on the other, the anonymous – those who, in the words of the poem:

12 Visualizations That Will Change the Way You View Scale in Your World Scale is a simple concept. From a very early age, children know about big and small, heavy and light, more and less. Extreme scales, however, are another story.

Related:  Mes ressources
Related:  News   -  Teach Yourself Programming in Ten Years   -  How to Stand Out in an Interview   -  "Just because it's a great fare doesn't mean it's a great deal"   -  Coursera - Free Online Courses From Top Universities   -  Welcome to the Visually Marketplace | Infographic Design Services   -  UX Apprentice   -  CodeMonk: We're deploying a new version for you!   -  Problem loading page   -  “Why did you shoot me? I was reading a book”: The new warrior cop is out of control - Salon.com   -  Google Drive   -  POP - Prototyping on Paper | Mobile App Prototyping Made Easy   -  Business ideas, funding help and growth advice   -  Stack Overflow - Where Developers Learn, Share, & Build Careers   -  You Have the Right to Stay Out of Jail - Online Paralegal Programs   -  I Won't Hire People Who Use Poor Grammar. Here's Why. - Kyle Wiens - Harvard Business Review   -  Flip Your Classroom   -  Five Best Programming Languages for First-Time Learners   -  Tech Recruiting Platform, Online Code Testing | Codility   -  Nancy Duarte: The secret structure of great talks   -  aGupieWare: Online Learning: A Bachelor's Level Computer Science Program Curriculum (Updated)   -  The Psychology of Writing and the Cognitive Science of the Perfect Daily Routine | Brain Pickings   -  Balsamiq. Rapid, effective and fun wireframing software. | Balsamiq   -  Google in Education   -  Artful Storytelling   -  How I Built a Startup While Traveling to 20 Countries   -  How to turn small talk into smart conversation   -  eli7081.pdf   -  How flipped learning works in (and out of) the classroom   -  5 Real Ways to Actually Make Money Online   -  Google Tips   -  Welcome Back   -  Welcome   -  We are what we do