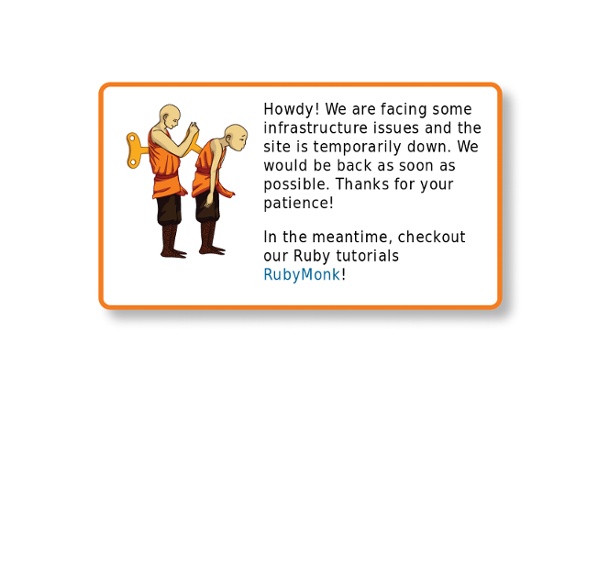 Becoming a Pythonista — Platipy 0.2 documentation This chapter is will provide a very brief review of some important python concepts which will be useful and necessary. The basic concepts will be for those who are unfamiliar with Python, but a good refresher for those who don’t write in Python every day. Intermediate concepts will be great for programmers of all levels to refresh on some Python idioms. The code below will focus on Python 2.5+, since that is the version on most XO laptops. PEP8 and The Zen of Python¶ One of the most important aspects of developing in Python is the Python community. Use 4 spaces per indentation level. The Zen of Python is a list of guiding principles behind the design of Python, and a good list of guiding principles for any project written in python. Control Flow in Python¶ The if statement acts predictably in Python. >>> if <conditional>:... statement... elif <conditional>:... statement... else:... statement >>> for <item> in <sequence>:... statement >>> while <conditional>:... statement Numerics¶ Strings¶ Note

Learn Python - Free Interactive Python Tutorial Online Python Tutor - Learn programming by visualizing code execution s Python Class - Educational Materials Welcome to Google's Python Class -- this is a free class for people with a little bit of programming experience who want to learn Python. The class includes written materials, lecture videos, and lots of code exercises to practice Python coding. These materials are used within Google to introduce Python to people who have just a little programming experience. The first exercises work on basic Python concepts like strings and lists, building up to the later exercises which are full programs dealing with text files, processes, and http connections. The class is geared for people who have a little bit of programming experience in some language, enough to know what a "variable" or "if statement" is. To get started, the Python sections are linked at the left -- Python Set Up to get Python installed on your machine, Python Introduction for an introduction to the language, and then Python Strings starts the coding material, leading to the first exercise.

The Python Tutorial — Python v2.7.5 documentation Python is an easy to learn, powerful programming language. It has efficient high-level data structures and a simple but effective approach to object-oriented programming. Python’s elegant syntax and dynamic typing, together with its interpreted nature, make it an ideal language for scripting and rapid application development in many areas on most platforms. The Python interpreter and the extensive standard library are freely available in source or binary form for all major platforms from the Python Web site, and may be freely distributed. The Python interpreter is easily extended with new functions and data types implemented in C or C++ (or other languages callable from C). This tutorial introduces the reader informally to the basic concepts and features of the Python language and system. For a description of standard objects and modules, see The Python Standard Library. The Glossary is also worth going through.

Code Style If you ask Python programmers what they like most in Python, they will often say its high readability. Indeed, a high level of readability is at the heart of the design of the Python language, following the recognized fact that code is read much more often than it is written. One reason for Python code to be easily read and understood is its relatively complete set of Code Style guidelines and “Pythonic” idioms. Moreover, when a veteran Python developer (a Pythonista) points to portions of code and says they are not “Pythonic”, it usually means that these lines of code do not follow the common guidelines and fail to express the intent in what is considered the best (hear: most readable) way. On some border cases, no best way has been agreed upon on how to express an intent in Python code, but these cases are rare. General concepts Explicit code While any kind of black magic is possible with Python, the most explicit and straightforward manner is preferred. Bad Good One statement per line 3. Note