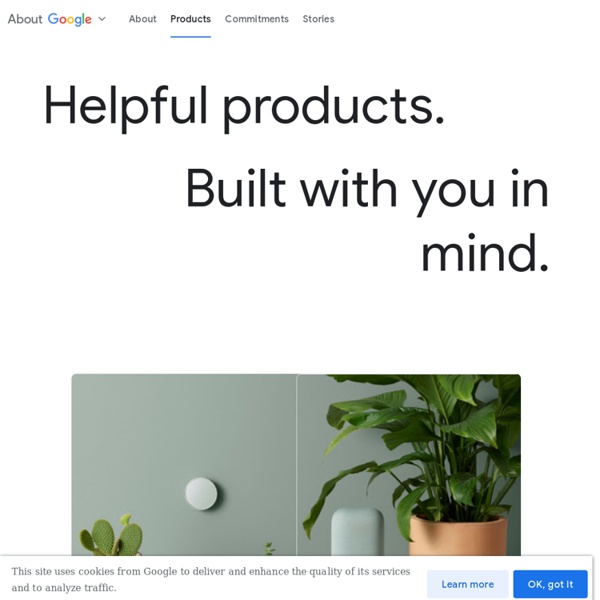 Tips Skip to Content Sign in Filter can be applied per product or category. Escape will close the filter and arrow keys can be used to toggle between type filters. Category Product 170 tips 10 tips to get a fresh start on online safety Unsend that email with the extremely unfortunate typo Forget having to remember your friends' addresses Have your laptop send directions to your phone Be first in line for YouTube's latest hit Type with your voice in over 40 languages Use your voice to search 15 tips for making the most of the Google app on your phone Share the family computer without family conflict Attach files big and small Use YouTube captions Check "keep track of my to-do list" off your to-do list Forget the same page.

Je Suis Mon Rêve A series of photographs displaying supermarket products divided per color. Per Color is a project realized during my residency at JACA, in Belo Horizonte, Brazil. I see the supermarket space as a space of manipulation. The attempt, in this action, is to subvert this structure of power. The pictures have been taken in collaboration with Photographer Pedro Motta, in a supermarket in the same neighbourhood of the art center. Transforming curriculum delivery through technology See the synthesis report providing an overview of the programme and lessons learnt1 See the summary report providing an overview of approaches to evaluation across the programme1 See all the outputs from this programme at the Design Studio2 This programme has now completed. The final reports from each project are available from the individual project pages3

WinBeginners Clicking a link below will open a tutorial in a new window. When you have finished looking at a tutorial, close its window to return to the main menu. Elementary computer concepts Slide show introducing computers Trim Slice: a $250 Tegra 2 dual-core ARM Cortex-A9 PC – Computer Chips & Hardware Technology New paltforms like Nvidia’s Tegra 2 are allowing for some very powerful tablets to appear on the market, usually running the Android OS. But Compulab has decided to use Nvidia’s platform to create a tiny, feature-packed desktop PC instead. The Trim Slice is the smallest nettop I believe I have ever seen measuring just 130 x 95 x 15mm. It’s also possibly going to be the first consumer desktop PC available based on an ARM rather than an Intel chip solution. At its heart is a Cortex-A9 dual-core processor (Tegra 2) running at 1GHz coupled with an integrated GeForce GPU, 1GB RAM and a 32GB SSD. Although tiny, the machine has an abundance of I/O and sports 2 HDMI ports, Gigabit Ethernet, 4 YSB ports, SPDIF, setero audio output, WiFi, Bluetooth, an SD card clot, RF232 serial port, and a micro-USB port.

Urban Intervention: A Reclaimed Parking Spot Since we’re on the subject of grass today, check out Green Corner, a collaboration between Helsinki-based artists Otto Karvonen and Jon Irigoyen. Described as an “urban intervention” the idea was fairly straightforward: install a grass turf lawn in a parking space creating a temporary park that calls into question the ideas of ownership and use in public spaces. Green corner is a spatial artwork consisting of lawn that is installed on a parking space. The lawn is equipped with some comfortable garden furniture, to provide a relaxing break in the middle of the hectic urban space. The work raises questions about public space in general; to whom it belongs and what can be done with it. [...] Free/Bargain Internet Service Providers ISP Internet Service Provider BargainsUpdated Monthly Since 1999 Greetings! You found the most frequently updated list of Internet Service Providers offering totally FREE dial-up access in the United States. During 1999-2000 there were over 200 ISPs providing free nationwide, regional or local Internet access.

Safe Hex - safe computing tips to defend against viruses, worms, trojans, and other malware. Please note that this document is quite dated (last updated in 2008). Some of the infomation is still of interest so I'm keeping the document up for posterity only. Some of the old links have been removed. Safe Hex - A collection of suggestions intended to help you defend against viruses, worms, trojans (oh my!), malware and other questionable code.

Medieval Torture Long before the French Revolutionaries adopted the execution device known as a Guillotine, a similar device was in use in Halifax in Yorkshire. Halifax had held the right to execute criminals since 1280. Although there is early reference to a gibbet, including a report that the first person to be beheaded by it was John of Dalton in 1286, formal records of victims did not begin until 1541, when the town acquired a fixed machine which used a heavy, axe-shaped iron blade dropping from a height of several feet to cut off the head of the condemned criminal. Between 1541 and 1650, official records show that 53 men and women were executed by the Halifax Gibbet. The Gibbet was taken down in 1650 after the execution of Anthony Mitchell and John Wilkinson, but a replica was erected in 1974 on the original site at Gibbet Street. The Gibbet could be operated by either cutting the rope holding up the blade or by pulling out a pin which prevented it falling.

Digital Basics - the Beehive - Learn to Use Computers and the Internet Safely and Intelligently Read Me! | Understanding How to Use This Site Welcome to the Beehive’s Digital Basics. This article will give you basic information that will help you get the most out of your experience with our website and gaining digital literacy skills. Glossary tool tip example 10 Cool Nmap Tricks and Techniques « UrFix's Blog Nmap (“Network Mapper”) is a free and open source (license) utility for network exploration or security auditing. Many systems and network administrators also find it useful for tasks such as network inventory, managing service upgrade schedules, and monitoring host or service uptime. In addition to my list you can also check out this Comprehensive Guide to Nmap here and of course the man pages Here are some really cool scanning techniques using Nmap 1) Get info about remote host ports and OS detection

Mozilla Firefox M.C.Escher: Mathematics and Visual Arts Diane Hanson, Saskatchewan Education (O.M.L.O.) (A more detailed version of this unit, containing supplementary ideas and activities, worksheets, evaluation instruments, a magazine article and a bibliography will be inserted in the mathematics curriculum guide for middle years which will be available in June 1996.) Free Text-to-Speech / Learningline Click the Play button, below, to see a demonstration of how to download and install the LearningLine applications. Click here to download the LearningLine software Instructions for first time use of the LearningLine software Using the Browser Toolbar The LearningLine Browser Toolbar installs along with the Word Processor.

ICSI Netalyzr — Results Direct TCP access to remote FTP servers (port 21) is allowed. Direct TCP access to remote SSH servers (port 22) is allowed. Direct TCP access to remote SMTP servers (port 25) is prohibited. This means you cannot send email via SMTP to arbitrary mail servers. visual arts Building off our Arts and Math partnership yesterday I thought I would continue the trend by posting a lesson plan that pairs the visual arts with math. This lesson plan came for ArtsEdge which is on our resource list, it is a great place to go for finding integrated arts lesson plans! You can find the original lesson plan posted here along with the supplemental resources to go along with it! Length of Lesson:Four 45-minute class periods Instructional Objectives:Students will:review elements and basic vocabulary of geometry.apply geometry skills to increase understanding of polygons.learn about the history and cultural background of mandalas.combine their knowledge of polygons and understanding of mandalas to design their own mandalas.correctly incorporate polygons, symmetry, and color scheme in the design of their mandalas. Supplies:Rulers and compasses8" x 11" drawing paperPencils and colored pencils