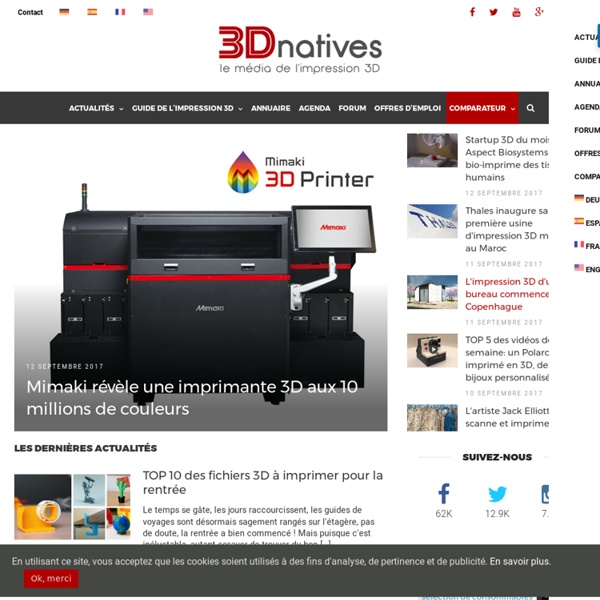 Zim, the Zeepro 3D printer with dual head-3D printer Zim is the first personal 3D printer to feature a dual extruders printing head with Ethernet & WiFi connectivity, an onboard micro-camera, smartphone and tablet control, and an exclusive refillable cartridge system. With Zim, 3D printing is about to go mainstream, as everyone from hobbyists to children will now be able to print high quality 3D objects quickly and safely using various materials and colors, at an affordable price. (Affordable 3D printer)

EWaste 60$ 3DPrinter Although the downloaded Marlin firmware already has a standard calibration for the axis resolution, you will have to go through this step if you want a precise printer. Here you will tell the firmware the steps per millimeter that your machine actually needs. This value depends on the steps per revolution of your motor and on the size of the thread in the driving rod of your axes. By doing that we make sure that the movement of the machine actually corresponds to the distances in the g-code. Knowing how to do that will allow you to build a CNC-machine of your own with independence of the component types and sizes. In this case, X, Y and Z axes have the same threaded rods so the calibration values will be the same for them (but that might not be the your case if you use different components for the different axes).

Using Blender for 3D Printing : Knowledge Base Blender is one of the most powerful 3D modeling applications freely available for open source. It has an insane number of features, but unfortunately the interface has a mixed reputation. Although more recent versions have made huge strides in improving this, it still can be a bit overwhelming for the beginner, especially if you're only looking for the features that are relevant for 3D printing. This tutorial should get you started, Getting Started: Installation and Setup Blender is available at blender.org in the download section. The Cult of Maker prays for a burst-resistant bubble Is 3D printing creating a movement strong enough to move beyond the imminent threat of a sudden pop? By Randall S. Newton Most of us at Jon Peddie Research are old enough to have witnessed more bubble moments in the tech industry than we care to recall.

First Full 3D Production Center in Canada to Launch Through Burloak In the next five years, we will see the establishment of Canada’s first full advanced manufacturing and production additive manufacturing center. This facility is being developed as part of a five-year, 11.5 million dollar strategic plan initiated by Burloak Engineered Solutions. Among the ‘firsts’ claimed by the facility will be the first production DMLS system in Canada in addition to SLS and subtractive systems. This transition was made possible by a private equity investment concluded in July. Burloak was founded in 2005 as a privately held company based in Dudas, Ontario. teams up with Microsoft HoloLens We are very excited to announce we’ve been working with Microsoft as an official partner of HoloLens, along amazing organizations such as NASA, Disney, Unity and Autodesk. The HoloLens was unveiled in January of this year. This device lets you bring virtual objects and scenes into your own environment, the best of both worlds between VR and AR.

Arduino Leaks a Peek of Their Upcoming 3D Printer Arduino, known for creating an easy-to-use microcontroller revolution, is about to launch its own 3D printer. The Arduino Materia 101 made its global debut earlier today on the official Arduino twitter account with a photo of a boxy white and teal FDM printer and a note that Arduino co-founder Massimo Banzi is showing the printer live on Italian TV. It also states that the printer will be presented next weekend at Maker Faire Rome. Extensions:2.6/Py/Scripts/Modeling/PrintToolbox From BlenderWiki Example of Cura with an exported mesh. The purpose of this addon is to be a collection of useful tools when printing. Currently there are 5 main sections to this addon which can be accessed from the toolbox. Statistics Error Checking Cleanup Rescaling Export Notes

Building Your Own 3D Printer Home-built 3D printers are booming. In 2006 there were no such printers and 5 years later there are tens of thousands. There are currently hundreds of thousands of people wanting to start their own build waiting for the right moment to get started. The project that single-handily propelled home-built 3D printers out of nowhere is RepRap. It’s an open-source project meaning that all the information and design plans you’ll need are available free for all. Building a 3D printer yourself is a huge undertaking.