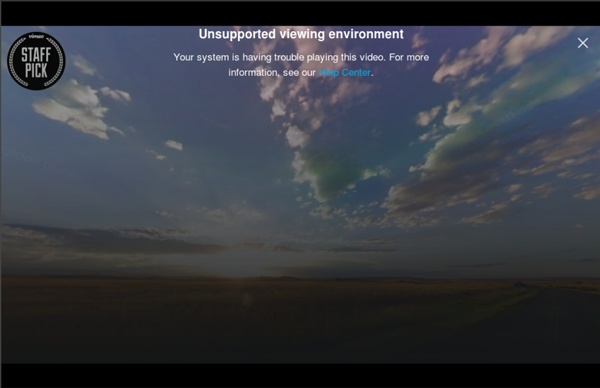 The joy of cloudspotting: 10 incredible visions in clouds A “cloud on the horizon” means that something bad is about to happen. Meanwhile, someone with their “head in the clouds” is thoroughly out to lunch. As Gavin Pretor-Pinney points out in today’s talk, clouds get a bad rep when it comes to language. Gavin Pretor-Pinney: Cloudy with a chance of joy “But I think they’re beautiful, don’t you?” Pretor-Pinney is the founder of the Cloud Appreciation Society and, in this talk, he asks each of us to do something we excelled at when we were kids — looking up at the clouds and letting our imaginations run wild. Below, Pretor-Pinney (and a few guests) shares a few cloud images with the TED Blog. A heart-shaped cloud, spotted by Angelo Storari of Ancona, Italy. A fish in the sky, spotted by Gavin Tobin of the Blasket Islands in Ireland. Spotted by Andrew Kirk of Deep Springs, California. A cloud in the shape of a UFO, spotted by Ron Biggs in Puerto de la Cruz in Spain. Spotted by Ron Engels over Central Brazil. Clouds, in wave form.

NYC Central Park - Google Street View Hyperlapse A Teehan+Lax Labs experiment for creating interactive Google Street View hyper-lapse animations. Learn more about this project. See the possibilities Built with Hyperlapse.js, Three.js (r57), a modified version of GSVPano.js, and Google Maps API v3. Quick Search – Deakin University Library -- Social causes of health and disease [electronic resource] / William C. Cockerham In this stimulating book, William C. Cockerham, a leading medical sociologist, assesses the evidence that social factors (such as stress, poverty, unhealthy lifestyles, and unpleasant living and work conditions) have direct causal effects on health and many diseases. Noting a new emphasis upon social structure in both theory and multi-level research techniques, the author argues that a paradigm shift has been emerging in 21st-century medical sociology, which looks beyond individual explanations for health and disease. The field has headed toward a fundamentally different orientation, and Cockerham's work has been at the forefront of these changes.

18 Remarkable Photos of Nature Reclaiming Civilization | NoodleNuke | Page 6 Source: danjur Humanity is often proud of its great feats of engineering, we are dazzled by the structures we can create, by our mastery over our surroundings, and all of this is for good reason. The science and mathematics behind the structures of civilization are amazing, but nature shows no particular respect for all the hard work. One way or another, things that are left to decay will be taken back by the unstoppable forces of nature. The mysterious sense of desolation and thriving life at the same time make for striking photographs, as these 18 pictures of nature taking back our “civilized” world will show.

Environmental Health News: Front Page Eating bugs could save the planet. But can we stomach it? Swapping cows for crickets would be a boon for the planet. But can environmentalists convince consumers to embrace insects as food? Christian Science Monitor. 40 years after Vietnam, Blue Water Navy vets still fighting for Agent Orange compensation. Though most didn’t step foot in Vietnam, some 90,000 Navy vets who served offshore may have been exposed to the chemical brew. Unilever and EPA join for animal-free chemical testing. The European consumer goods maker Unilever and the U.S. Observer network promotes grass-roots environmental science. From animal die-offs to descriptions of missing sea ice and the appearance of unusual birds and insects, a network of citizen observers are helping scientists track environmental aberrations around Alaska. Citizen scientists gather data to influence regulation of pollution. Volunteers accelerate work of government agencies in gathering data for evidence-based policies.

Aurora australis as seen from the Australian and New Zealand mainlands Updated The swirls, twists, and curtains of light of the aurora australis were visible from the Australian and New Zealand mainland overnight. The natural light display caused a flurry of excitement, captured on social media. As explained by the Australian Bureau of Meteorology, the phenomenon is caused when electrically charged electrons and protons accelerate down the Earth's magnetic field lines and collide with neutral atoms in the upper atmosphere — usually about 100 kilometres above the Earth. "These collisions cause the neutral atoms to fluoresce, emitting light at many different wavelengths. The most common aurora colours are red and green, caused by the fluorescence of oxygen atoms, while nitrogen atoms can throw bluish-purple lights into the mix," it said. Topics: phenomena, australia, new-zealand

The Bridge at the Edge of the World | Environmental Research Foundation The Bridge at the Edge of the World [Rachel's Introduction: This is the introduction to an extraordinary new book (The Bridge at the Edge of the World) by Gus Speth, who is currently Dean of the School of Forestry at Yale University. I don't recommend very many books, but I feel sure that nearly every Rachel's reader will find Gus Speth's new book illuminating and worthwhile reading. -- P.M.] Between Two Worlds The remarkable charts that introduce this book reveal the story of humanity's impact on the natural earth.[1] The pattern is clear: if we could speed up time, it would seem as if the global economy is crashing against the earth -- the Great Collision. Human impacts are now large relative to natural systems. Societies are now traveling together in the midst of this unfolding calamity down a path that links two worlds. It is difficult to appreciate the abundance of wild nature in the world we have lost. The last passenger pigeon on earth expired in a zoo in Cincinnati in 1914. 1. 2.

These 'Mind-Blowing And Humbling' Instagram Photos Will Remind You Of Earth's Wild Beauty Sam and Amanda Ciurdar often find themselves retreating into nature, captivated by Earth’s beauty. The Southern California couple, both devout Christians, take every opportunity to travel into the wilderness with their cameras in tow. Whether it's the forests of Oregon or the sand dunes of their home state, nature is the place for them to meditate and be present. “It feels like that’s truly where we belong,” Amanda told HuffPost. There’s plenty of vast, wide open spaces in the couple’s photography -- a reminder, Sam says, of how small humans are compared to God’s creation. He remembers standing on an Alaskan mountain top during one of their trips, looking out at startling white ice fields that stretched out as far as his eyes could see. “It’s mind blowing,” Sam told HuffPost. The Ciurdars’ faith compels them to see the Earth as a gift, one that has been greatly misused by its recipients. The Ciurdars have been sharing their wild adventures on Instagram.