Anne Milgram: Why smart statistics are the key to fighting crime. Moneyball, wikipedia. Synopsis[edit] The central premise of Moneyball is that the collected wisdom of baseball insiders (including players, managers, coaches, scouts, and the front office) over the past century is subjective and often flawed. 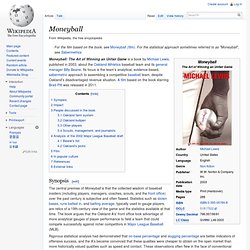 Statistics such as stolen bases, runs batted in, and batting average, typically used to gauge players, are relics of a 19th-century view of the game and the statistics available at that time. The book argues that the Oakland A's' front office took advantage of more analytical gauges of player performance to field a team that could compete successfully against richer competitors in Major League Baseball (MLB). Rigorous statistical analysis had demonstrated that on-base percentage and slugging percentage are better indicators of offensive success, and the A's became convinced that these qualities were cheaper to obtain on the open market than more historically valued qualities such as speed and contact.

Distribution of team salaries in 2002. Impact[edit] Anne Milgram. Anne Milgram was the Attorney General of New Jersey from June 2007 to January 2010. 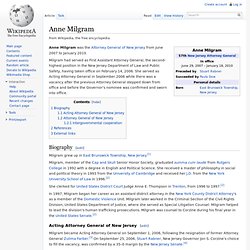 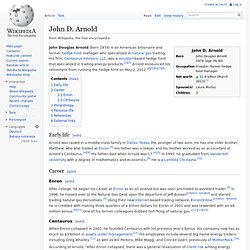 His firm, Centaurus Advisors, LLC, was a Houston-based hedge fund that specialized in trading energy products.[2][3] Arnold announced his retirement from running the hedge fund on May 2, 2012.[4][5][6][7][8] Early life[edit] Arnold was raised in a middle-class family in Dallas, Texas, the younger of two sons. He has one older brother, Matthew, who also traded at Enron.[4] His father was a lawyer and his mother worked as an accountant at Arnold's Centaurus.[4][9] His father died when Arnold was 17.[4][9] In 1995, he graduated from Vanderbilt University with a degree in mathematics and economics.[9] He is a Lambda Chi Alpha.[10] Career[edit] Enron[edit] Centaurus[edit] When Enron collapsed in 2002, he founded Centaurus with his previous year's bonus.

According to Arnold, "After Enron collapsed, there was a general revaluation of credit risk among energy companies. Laura and John Arnold Foundation. Mission Our core objective is to produce substantial, widespread and lasting reforms that will maximize opportunities and minimize injustice in our society. 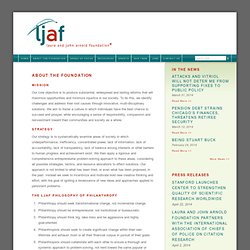 To do this, we identify challenges and address their root causes through innovative, multi-disciplinary solutions. We aim to foster a culture in which individuals have the best chance to succeed and prosper, while encouraging a sense of responsibility, compassion and reinvestment toward their communities and society as a whole. Strategy Our strategy is to systematically examine areas of society in which underperformance, inefficiency, concentrated power, lack of information, lack of accountability, lack of transparency, lack of balance among interests or other barriers to human progress and achievement exist.