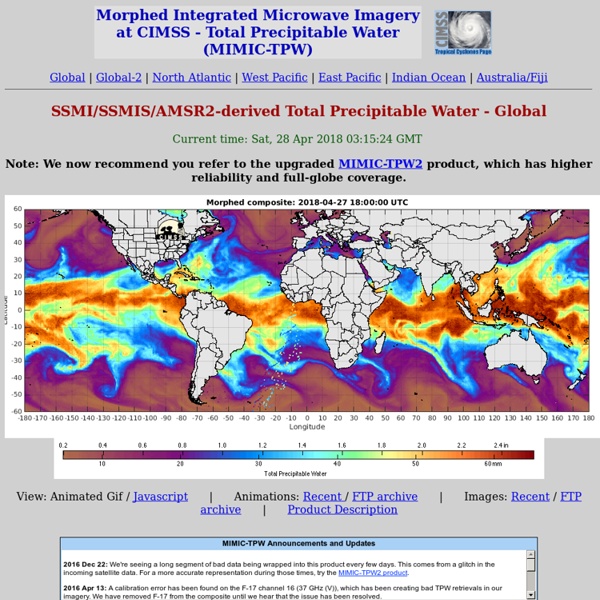 Is HAARP Controlling Our Minds’? - Holistic Survival Show Welcome! If this is your first time visiting Jason Hartman's website, please read this page to learn more about what we do here. You may also be interested in receiving updates from our podcast via RSS or via email if you prefer. If you have any questions about financial survival feel free to contact us anytime! Catastrophic Ecosystem Manipulation – Where Are We? » Catastrophic Ecosystem Manipulation – Where Are We? Where are we? We are literally the concerned citizens of planet Earth, from countless nations, and represent and reside from within orders of magnitude more cities of our world. Undoubtedly, many of us reading this are residents of the United States of America – resident on Earth of one of the relatively recently formed fifty, United States. We are people living in mountain chalets and cabins, farm houses on plains and terraced hills, beachside residents and desert dwellers.

US Reported In Panic After Chemtrail Planes Forced Down In India, Nigeria Russian Military Analysts are reporting in the Kremlin today that US Military Forces are “panicked” over the forced landings ordered by Indian and Nigerian Air Forces of two Ukrainian AN-124 aircraft [photo top left] operated by the United States Air Force and based at their gigantic, but secretive, Diego Garcia air base located in the Indian Ocean. According to these reports, China’s People’s Liberation Army Air Force (PLAAF) notified both India and Nigerian intelligence officials about the presence of these US operated Ukrainian aircraft over their growing concerns of the United States spreading of “biological agents” throughout our Earth’s atmosphere, and which some Chinese officials are warning is an American-European attempt to conduct mass genocide via the spread of the H1N1 swine flu virus which has put the entire Global population at risk. And to those, like us, who continue to shout true warnings at them? [Ed. Translation to Spanish by: Sister Maru Barraza, Mazatlán, Mexico

Monsanto, Gmo’s, Fluoridated water, HAARP, Vaccines, Common Core, Bill Gates and Agenda 21 What is Agenda 21 and what does it have to do with Monsanto, Gmo’s, Fluoridated water, HAARp, Vaccines, Common Core and Bill Gates? Well, hopefully after explaining the surface of Agenda 21, the rest of the answers will fall into place. Agenda 21, as defined by Wikipedia is ” a non-binding, voluntarily implemented action plan of the United Nations with regard to sustainable development…. It is an action agenda for the UN, other multilateral organizations, and individual governments around the world that can be executed at local, national, and global levels.” Agenda 21 is a 300 page document grouped into 4 sections: Section 1: Social and Economic Dimensions- This section is directed toward combating poverty, especially in developing countries, changing consumption patterns, promoting health, achieving a more sustainable population, and sustainable settlement in decision making.

Rothschilds And The Geoengineering Empire Why would the Rothschild’s be so interested in owning the largest and most recognized weather modeling organization out there? Why would E.L. Rothschild LLC wish to have the controlling interest in the worlds leading provider of interactive weather graphics and data services for television, web, and mobil?

When Animals Fall from the Sky The surprising science of animal rain. By Justin Nobel on March 18, 2014 Photo Illustrations by Gluekit In the 1999 fIlm “Magnolia,” a star-studded ensemble about Los Angeles lives that collapse and come together on a single day, the weather is practically the main character.

The Billy Meier UFO Contacts - The Unknown Dangers of HAARP The Unknown Dangers of HAARP Excerpt from the FIGU Bulletin No. 13 (Vol. 4), January 1998 (English translation: February 1998) "HAARP" is the abbreviation for "High-frequency Active Auroral Research Project". The name of this American project camouflages the fact that it has the potential for being a greater catastrophe for mankind than the creation of the atomic bomb. The truth of the matter is that the HAARP installation can be used to wage a science-fiction-type battle.

A New Microwave Backhaul Network Philosophy– as Reported by AGL Magazine Don’t miss this December’s issue of AGL Magazine. Richard Biby, Editor of the mag, wrote the following: “Another company I’ve had the pleasure of being introduced to is Allied Fiber. Hunter Newby is its chief executive officer. I first heard about the genius of Hunter from some folks in the fiber space who were trying to find a way into the wireless arena. Hunter is billed as a visionary and industry leader who his former company, Telx, which provided a solution to the otherwise crazy cross connect industry that sprouted up around the time the newly independent CLEC community did. The girl who gets gifts from birds Image copyright Lisa Mann Lots of people love the birds in their garden, but it's rare for that affection to be reciprocated. One young girl in Seattle is luckier than most. She feeds the crows in her garden - and they bring her gifts in return. Eight-year-old Gabi Mann sets a bead storage container on the dining room table, and clicks the lid open. This is her most precious collection.

Geoengineers » Geoengineers The Geoengineering Salesmen In this video the most internationally recognized “geoengineer” of all, David Keith, does his best to sell us on just how easy and inexpensive it would be to “geoengineer” the planet. People Behind the Lie Backhaul Update: I have a much better picture of the backhaul system integrated with BATS and have updated below. I also added a little more thought about redundancy. I noticed a few PRs and an article in Daily Tech that the U.S. Navy is deploying 4G LTE on the U.S.S.

Snakes in Alabama: What You Need to Know - Extension Daily People cannot resist the call of the outdoors when the weather warms up. Wildlife will begin to move with warmer weather too. Snakes are one type of wildlife that make many people anxious. But armed with some some basic information and facts, people can reduce their stress about snakes. More than 40 species live in Alabama . Only six of these are venomous. Highly Integrated 60 GHz Radio Transceiver Chipset The demand for high capacity data continues to increase year over year at significant rates. In an ongoing race, technology and application developers have pushed into higher and higher bandwidths, first with voice, then data and now video is driving the demand. This demand is evident in cellular technology with the migration from AMPS to 3G, and now the rollout of 4G capabilities aimed at the millions of application-rich smartphone and tablet devices.