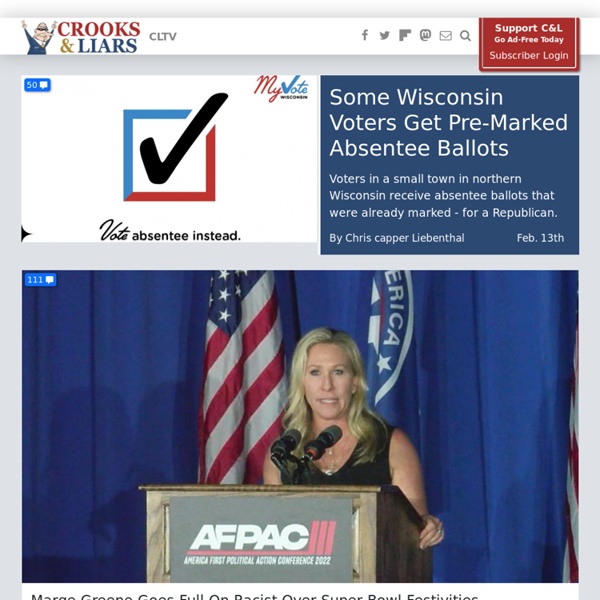 Related:  Us doing well for all • US of A and those Wascally Terrorists • Courts - a Decision here a Decision there • US of A Politics Spouting one piece of drivel after another • Pat Claims on the very highest Authority

Father: Teen Jailed For Facebook Comment Beaten Up Behind Bars : All Tech Considered hide captionAn undated photo of Justin Carter, who's facing a felony "terroristic threat" charge in Texas. Courtesy Jack Carter The family of Justin Carter, the 19-year-old Texas gamer who made offensive Facebook comments that landed him in jail, is working with new urgency to get his $500,000 bail reduced because they say he's getting beat up behind bars. "Without getting into the really nasty details, he's had concussions, black eyes, moved four times from base for his own protection," says Carter's father, Jack. "He's been put in solitary confinement, nude, for days on end because he's depressed. All of this is extremely traumatic to this kid.

Louie Gohmert explodes at FCC chairman: ‘You’re playing God with the Internet!’ Don't miss stories. Follow Raw Story! A bombastic Rep. Pat Robertson Says Jews Are Too Busy Polishing Diamonds To Fix Their Cars Conservative activist Daniel Lapin, the Religious Right’s favorite rabbi who was also tied to the Jack Abramoff corruption scandal, appeared today on the 700 Club to tell host Pat Robertson about his new book on the “ancient Jewish wisdom” of “making money.” Robertson introduced Lapin by asking: “What is it about Jewish people that make them prosper financially? You almost never find Jews tinkering with their cars on the weekends or mowing their lawns. That’s what Daniel Lapin says and there’s a very good reason for that, and it lies within the business secrets of the Bible.”

9 Awesome Customer Service Stories The train passenger with no toilet paper who was saved by twitter An unlucky pooper who found himself in the stall on his train without toilet paper was recently saved by the power of Twitter and awesome customer service. It seems that 16-year-old Adam Greenwood was traveling on Virgin Trains when he found himself in the no-TP predicament.

CIA Torture and the Threat of Dictatorship Only one conclusion can be drawn from the report published in the Washington Post Tuesday giving grisly details of CIA torture of prisoners and systematic lying by government officials to cover it up: the US ruling elite as a whole is guilty of war crimes for which it must be held accountable. The Post report, based on leaks from unnamed “US officials,” describes the findings of the Senate Intelligence Committee’s investigation into the operation of CIA “black sites”—the secret prisons in Afghanistan, Poland, Romania, Thailand and other countries where prisoners were held for “interrogation,” i.e., waterboarding, sleep deprivation, beatings, stress positions, induced hypothermia and other forms of torture. The article provides only a brief extract of the material compiled in the massive committee report, which the CIA has been fighting for more than a year to suppress. Feinstein is not a principled opponent of the crimes of the intelligence apparatus.

Nation Thankful That Shellie Dean Zimmerman Was Charged With Perjury At Least WASHINGTON—Saying that, hey, it beats nothing, Americans across the nation expressed gratitude today that Shellie Dean Zimmerman, the Florida woman accused of lying to police about husband George Zimmerman’s finances while he was imprisoned this year for the death of teenager Trayvon Martin, has been officially charged with perjury under state law. “Look, no matter how anything else turned out, Shellie Dean Zimmerman has still been charged with the offense of lying to authorities, so, justice served, right?” Maryland resident Abby Liptak told reporters on Monday, noting that while it’s unfortunate George Zimmerman was found innocent over the weekend of murdering an unarmed black teenager, she’s at least glad his wife will be tried for a third-degree felony.

Colorado Lawmaker Says Attack On Pregnant Woman Is A 'Curse Of God' (Adds quote from lawmaker, detail of charge from local media) By Keith Coffman DENVER, March 26 (Reuters) - A Colorado lawmaker who said an attack on a woman whose unborn child was cut from her womb was a "curse of God" caused by U.S. policy on abortion was criticized by Democrats and Republicans alike on Thursday. Gordon Klingenschmitt, a Republican member of the state House of Representatives from Colorado Springs, made the remarks on his "Pray in Jesus Name" satellite television show. "This is the curse of God upon America for our sin of not protecting innocent children in the womb," said Klingenschmitt, a minister and retired U.S. Navy chaplain.

Paranoia-Rama: Disney's Gay Witches, Satan's Secret Plan & Rush Limbaugh's Latest Conspiracy RWW’s Paranoia-Rama takes a look at five of the week’s most absurd conspiracy theories from the Right. After turning the children of America gay, it turns out that Disney’s hit film Frozen is also tricking kids into embracing witchcraft. Of course, that is just one of several anti-gay conspiracy theories we uncovered this week. 5. 9 Amazing Acts Of Forgiveness The Iranian killer who was spared execution by his victim's mother Samereh Alinejad said she had no intention of forgiving her son's killer until the noose was around his neck. In April 2014, the man, referred to in the press only as Balal, was scheduled to be hung by the neck until dead for the murder of Abdollah Hosseinzadeh who was stabbed in a street brawl in the autumn of 2007 when he was only 18. Hosseinzadeh's parents were scheduled to kick the chair out from under Balal after the noose was tied around his neck. However, as the day drew near, Alinejad started to have second thoughts – and a series of vivid dreams about Abdollah. "Ten days before the execution was due, I saw my son in a dream asking me not to take revenge, but I couldn't convince myself to forgive.