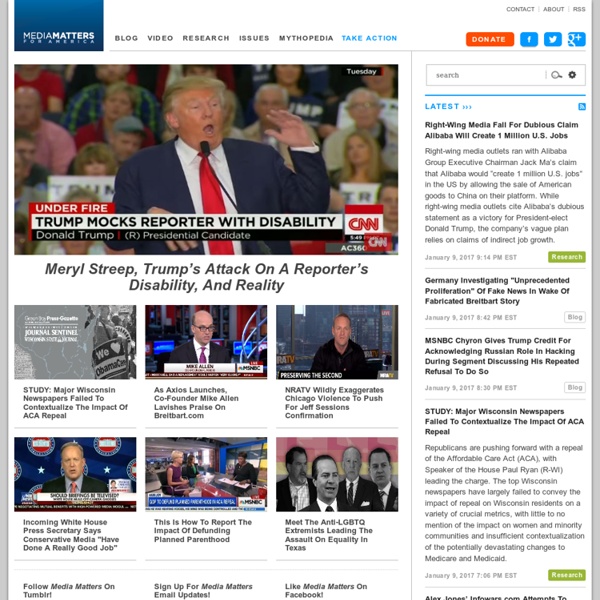 Animal Mutilation The FBI’s Reading Room contains many files of public interest and historical value. In compliance with the National Archives and Records Administration (NARA) requirements, some of these records are no longer in the physical possession of the FBI, eliminating the FBI’s capability to re-review and/or re-process this material. Please note, that the information found in these files may no longer reflect the current beliefs, positions, opinions, or policies currently held by the FBI. The image quality contained within this site is subject to the condition of the original documents and original scanning efforts. These older files may contain processing procedures that are not compliant with current FOIA processing standards. All recently scanned images posted to the Reading Room adhere to the NARA 300 DPI standard.

Progressive News and Commentary with an Attitude Former Wall Street Goldman Sachs executive Nomi Prins is back with a thoroughly documented historical account of how DC and financial barons are locked at the hip. Accessible and compelling: Buy directly from Truthout by clicking here. Paul Krugman Paul Krugman joined The New York Times in 1999 as a columnist on the Op-Ed Page and continues as professor of Economics and International Affairs at Princeton University. Mr. Krugman received his B.A. from Yale University in 1974 and his Ph.D. from MIT in 1977. The Work of Edward Tufte and Graphics Press Edward Tufte is a statistician and artist, and Professor Emeritus of Political Science, Statistics, and Computer Science at Yale University. He wrote, designed, and self-published 4 classic books on data visualization. The New York Times described ET as the "Leonardo da Vinci of data," and Business Week as the "Galileo of graphics." He is now writing a book/film The Thinking Eye and constructing a 234-acre tree farm and sculpture park in northwest Connecticut, which will show his artworks and remain open space in perpetuity. He founded Graphics Press, ET Modern gallery/studio, and Hogpen Hill Farms LLC.

5 Really Useful Twitter Apps By Umar Anjum on November 26, 2010 The 5 Really Useful Twitter Apps You Should Know About Don't Forget to participate in a contest where you can win an amazing e-Commerce template from TemplateMonster. The Truthseeker — RT Programs #WaveOfAction started April 4 the day Martin Luther King was assassinated by US government; military scorns drone operators as 'cowardly button pushers,' troops refuse to man killer UAVs; America 'not really a democracy at all'. ... April 06, 2014 08:45 ­The Truthseeker laces hard-hitting reporting with humor, featuring exclusive interviews and investigations. Hard-nosed anchor Daniel Bushell exposes the BIG STORIES Mainstream Media dare not touch and 'SEEKS TRUTH FROM FACTS' on Sunday fortnights. BBC’s 'total fabrication from beginning to end' of Syria 'atrocity'; call to revoke visas for intel agents posing as reporters in NATO targets; CIA... March 23, 2014 08:45

About.com About.com is an Internet-based network of content, providing articles and videos about various topics, authored by experts.[1] The site, visited each month by approximately 90 million users, competes with other online resource sites and encyclopedias such as Wikipedia.[2][3] History[edit] Originally founded in 1996 as the Mining Company, the site was launched on April 21, 1997 by Scott Kurnit, owner of General Internet; Bill Day and a group of other entrepreneurs in New York City.[5] The original goal was to maintain 1,800 topic areas, but after five years of operation, this number was reduced to 700. Life Resource Center Get the support you need to navigate life’s challenges At University of Phoenix, you’re not alone. We’re committed to your well-being, and we strive to support you in everything you do. That’s why our Life Resource Center provides services to help you manage your student obligations and find balance between work, school and life.