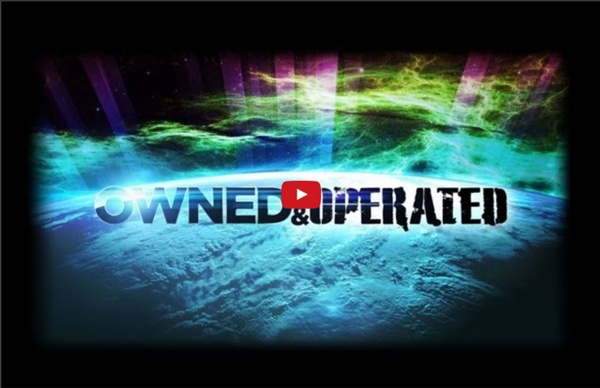 BP Oil Spill: $18.7 Billion Fine a Mere 2% of Its Enormous $929 Billion Revenue By Melissa Dykes Remember the Deepwater Horizon oil rig explosion that killed 11 people and dumped some 4 million barrels of oil into the Gulf a few years ago? Well now the company has been ordered to pay the largest environmental fine in the nation’s history at $18.7 billion dollars, the final settlement to be divvied up among the Gulf states who suffered most in the oil spill’s wake. Sure, $18.7 billion sounds like a lot of money even these days, but check out this chart (via The Independent): The company only made 928.67 billion in revenue in the years since the spill. How ever will they be able to pay that hefty fine? This money won’t make it to the pockets of the people actually affected. $18.7 billion… So that’s how much it costs for the deaths of 11 people, the rape of a whole ecosystem, and continuous negative health impacts on millions of humans and animals throughout the area for years to come? BP senior vice president Geoff Morrell says the signs are good for a healthy Gulf.

The Venus Project Crown Temple - History of the Protocols Michael EdwardEcclesiastic Commonwealth Community (ECC)July 15, 2003 The Crown Temple The governmental and judicial systems within the United States of America, at both federal and local state levels, is owned by the “Crown,” which is a private foreign power. Before jumping to conclusions about the Queen of England or the Royal Families of Britain owning the U.S.A., this is a different “Crown” and is specifically referencing the established Templar Church, known for centuries by the world as the “Crown.” The Temple Church was built by the Knights Templar in two parts: the Round and the Chancel. All licensed Bar Attorneys in the U.S. owe their allegiance and give their solemn oath in pledge to the Crown Temple, realizing this or not. The present Queen of England is not the “Crown,” as we have all been led to believe. Since the first Chancel of the Temple Church was built by the Knights Templar, this is not a new ruling system by any means. The Four Inns of Court to the unholy Temple

The Zeitgeist Movement Millions Of Genetically Modified Mosquitoes Set To Be Released: This Is Why It’s A Problem Millions of genetically modified mosquitoes might soon be released in Florida. The biotech company Oxitec and the Florida Keys Mosquito Control District (FKMCD) are moving ahead with their plan to introduce these insects into the area to, according to them, help stop the spread of multiple tropical diseases. One of the diseases is called Chikungunya, another is dengue, and both are spread by Aedes mosquitoes. An infection with Chikungunya can lead to fever and joint pain which is sometimes severe, but rarely causes death. In 2014, only 11 individuals actually contracted this disease in Florida, so it makes one wonder if this type of “tinkering with nature” is really necessary? When it comes to the dengue virus, severe cases may progress into dengue hemorrhagic fever, complications from which may eventually result in death. The mosquitoes released would all be male, and are genetically modified to carry a “genetic kill switch.” Concerns With This Approach Wallace went on to state that:

Out Of The Blue Until the current period or until the last 30 years, it was conventional wisdom, both in science and theology, we're alone in the universe; a single repository of life anywhere in the known universe. Well, no one believes that anymore. Out of the Blue presents unexplained cases from around the world, investigates 50 years of official contradictions and denials, and puts forth possible reasons for secrecy. UFOs and the Military - In 1964, former U.S. Watch the full documentary now The U.S. Supreme Court Is Marching in Lockstep with the Police State The U.S. Supreme Court Is Marching in Lockstep with the Police State By John W. Whitehead June 23, 2014 “[I]f the individual is no longer to be sovereign, if the police can pick him up whenever they do not like the cut of his jib, if they can ‘seize’ and ‘search’ him in their discretion, we enter a new regime. The U.S. Whether it’s police officers breaking through people’s front doors and shooting them dead in their homes or strip searching innocent motorists on the side of the road, these instances of abuse are continually validated by a judicial system that kowtows to virtually every police demand, no matter how unjust, no matter how in opposition to the Constitution. These are the hallmarks of the emerging American police state: where police officers, no longer mere servants of the people entrusted with keeping the peace, are part of an elite ruling class dependent on keeping the masses corralled, under control, and treated like suspects and enemies rather than citizens.

eroding_liberty.pdf The FDA and Big Pharma’s Latest Killer Agenda: Destroy Homeopathic Medicine | Global Research - Centre for Research on Globalization Like pretty much everything these days, money equates to power in the big business world of both geopolitics and monopolized corporate control designed to eliminate individual liberties and personal choice around the globe. We’ve seen it with the treasonous US crime cabal government that engineered the murder of 3000 Americans on 9/11 to establish a fake war on terror with fake enemies acting as mercenary Islamic stooges that conveniently facilitated the dismantling of the US Constitution. As all three branches of the federal government destroyed the US democratic republic, on a more micro-scaled level we’ve also seen how all the various federal regulatory agencies ostensibly set up to protect public health have in fact betrayed Americans by selling out to special interests of big business and corporate lobbyists. A new spending bill in the oligarch owned Congress will spell the death of net neutrality. Joachim Hagopian is a West Point graduate and former US Army officer.