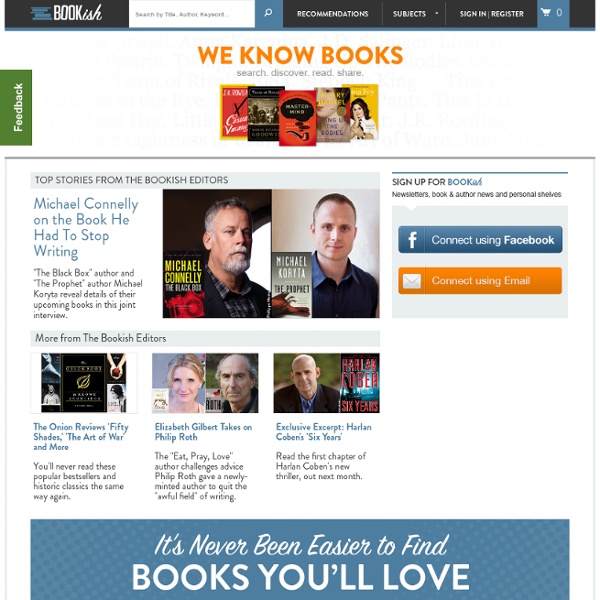 Open Circle Names 25 Best Books for Kids’ Social and Emotional Learning To celebrate its 25th anniversary, the Open Circle Program at the Wellesley Centers for Women (WCW), a provider of evidence-based social and emotional learning for K–5 kids, has released its list of the top 25 children’s books that connect to kids’ social and emotional development. The chosen books cover a range of important skills, such as self-awareness, self-management, empathy, dealing with conflict, and problem-solving. The Hundred Dresses, by Eleanor Estes, tops the list. “Of the countless books that teachers use to shed light on such issues as friendship, inclusion, empathy, problem solving, or understanding differences, some titles stand out for being especially authentic and memorable,” Open Circle says in its announcement.

KDL What's Next® Database Our What's Next®: Books in Series database helps you search series fiction. A series is two or more books linked by character(s), settings, or other common traits. e.g. Sue Grafton's "A is for Alibi", "B is for..." etc. or the "Star Wars" series BrowseCollections Excessive Checkout Limit Reached. There have been too many titles checked out and returned by your account within a short period of time. Try again in several days.

10 Nonfiction Books for Teens That Are Total Page-Turners In their world of sometimes-dull textbooks and term papers on often pre-assigned topics, it’s natural for teens to flock to fiction in their spare time. But they would be remiss to overlook some of the amazing nonfiction works that are equally captivating, thought-provoking, and even worldview-affecting. Here are 10 extra-compelling nonfiction books for teens that span all kinds of interests and curiosities. We Should All Be Feministsby Chimamanda Ngozi AdichieIn December 2015, it was announced that every 16-year-old in Sweden would be given a copy of this book.

The Inspiring Stories Behind 15 Classic Novels  According to Jack London, "You can't wait for inspiration, you have to go after it with a club." London himself took the inspiration for The Call of the Wild (1903) from his time spent living in Canada and Alaska during the Klondike Gold Rush when high-quality sled dogs -- like those that feature in the book -- were in impossibly high demand. The stories and inspirations behind fifteen more of literature's most memorable titles are explained here: Anna Karenina (1877), Leo Tolstoy In January 1872, the death of a 35-year-old woman was reported in the Russian press: smartly dressed and carrying a bag containing a change of clothes, the girl had thrown herself under a freight train at Yasenki Station outside Moscow. The woman was identified as Anna Pirogova, a distant relative of Leo Tolstoy's wife and the mistress of his good friend and neighbour, Alexander Bibikov. Three Men In A Boat (1889), Jerome K.

Simone de Beauvoir Simone-Lucie-Ernestine-Marie Bertrand de Beauvoir, commonly known as Simone de Beauvoir (French: [simɔn də bovwaʁ]; 9 January 1908 – 14 April 1986), was a French writer, intellectual, existentialist philosopher, political activist, feminist and social theorist. She did not consider herself a philosopher but she had a significant influence on both feminist existentialism and feminist theory.[1] Beauvoir wrote novels, essays, biographies, an autobiography and monographs on philosophy, politics and social issues. She is best known for her novels, including She Came to Stay and The Mandarins, as well as her 1949 treatise The Second Sex, a detailed analysis of women's oppression and a foundational tract of contemporary feminism. Early years[edit]

The Best Books on Writing, NYC, Animals, and More: A Collaboration with the New York Public Library By Maria Popova As an enormous lover and patron of public libraries, I was beyond delighted when the fine folks at the New York Public Library asked me to curate a selection of books for their bookstore and gave me free range to do whatever I wished. My original thought was to do a single reading list around a specific theme, much like I had been doing for the TED bookstore. But my chronic maximalism soon kicked in — the single reading list swelled into four reading lists (wisdom on writing, great reads about New York City, heart- and brain-stirring books on pets and animals, and timeless treats for young readers) and the simple tabletop display became an elaborate installation in the bookstore’s main window. Kelli, with her own brand of idealistic maximalism, decided to turn the reading lists into a magnificent papercraft wonderland featuring oversized three-dimensional sculptures of each of the books amidst an intricate paper cityscape of the Manhattan skyline. What’s a Dog For?

Session 227: How to get Children Reading for Pleasure One major challenge for some pupils, it would appear, is getting them to read for pleasure, especially with the many distractions modern society throws at them. Other children love losing themselves in to books, getting lost in their own imaginations as they progress through the stories. This UKEdChat session explored how teachers encourage children to read for pleasure, looking at strategies that work in all educational settings. The questions explored during the session asked: The Adaptive Function of Literature and the Other Arts Massive Modularity vs. Cognitive Flexibility Evolutionists insist that genes constrain and direct human behavior. Cultural constructivists counter that culture, embodied in the arts, shapes human experience. Both these claims are true, but some evolutionists and some cultural constructivists have mistakenly regarded them as mutually exclusive (D.

A list of top 50 Books blogs by Blog Rank Are you a bookworm who just can’t end the day without reading a page? Do you love reading fictional novels or philosophical, intellectual, non-fiction stuff? If you are any of these, then you might have been scouring around the Internet for the top book blogs. Using the search engines to find what you are looking for will help but may take you some time. Good thing, Blog Rank already did the job for you and ranked the top book blogs on the Internet and compiled them in different lists based on the ranking methods used.