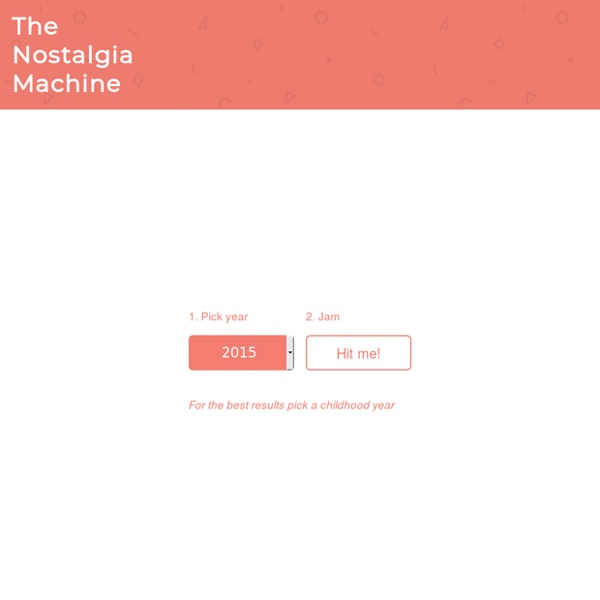 Every Noise at Once italian progressive metal deep symphonic black metal christian symphonic metal brazilian classical piano native american spiritual 10 Secrets for Toning Up - Brooke Siler's Best Body Tips - Tricks of the Trade Photo: Getty 1. Don't stop eating! "One of the worst ways to get to your tone-goal is to stop getting the necessary calories into your body. Your body needs fuel to keep your metabolism metabolizing. Get as much high quality food (i.e. high in nutrients and low in artifice) into your system throughout the day as you can.

3D Paper Owl from mmmcrafts The gifted Larissa from mmmcrafts is here sharing her amazing talents with an unbelievable 3D paper owl. Larissa writes… Left: art made with this tutorial, Right: art made with alternate colors (see note at the end of the tutorial) Hey, Craft Campers! I’m delighted to participate in this summer kid-craft lineup. The Sacred Geometry Of Music The Sacred Geometry Of Music by Andrew Lorimer Music uses the laws of vibration to manifest aurally what exists at the center of everything. Into our reality springs a non-visual harmonic law that is universal. The notes and intervals of music speak directly to the chakra centers and causes them to vibrate in harmony to the vibration of a string or vocal chords, speakers moving through the air, or the sound of someone’s lips making a farting noise through a metal tube. Music uses the laws of physics and mathematics to bring out an emotional response in the listener. The music of the Western world uses a mathematical system based on Twelve. All the songs you have ever known and sang along to in your life use the same simple laws based on the number twelve.

The 100 Jazz Albums That Shook The World Top 100s, don’t you just love ’em. Barely a month goes by without magazines, newspapers or TV programmes pushing yet another poll of the 100 greatest whatever. Jazz, of course, rarely gets a look-in. So, we thought that to celebrate the hundredth issue of your favourite magazine we’d take that perilous step to announce what we think are the 100 Jazz Albums That Shook The World. Not just another “greatest jazz albums” list of favourite recordings and biggest sellers but a fully annotated look at the albums that actually changed jazz, changed lives and brought the music kicking and screaming into 2006.

Paper Chain People Paper Chain People Craft While putting together these Christmas paper chains, I decided to create several more paper chain templates of people, animals and fun shapes. My kids love making accordion fold paper chains – I guess sometimes the simplest kids crafts can also be the most satisfying! Key Chords Key Chords app generates guitar chord progressions automatically. Use it free online, or get the app for Mac, Windows or iOS (iPad) - Click on a chord to preview how it sounds. - Drag and drop to arrange the chord progression - Tweak the settings to control the playback speed Or role the dice and Key Chords will automatically generate a nice sounding progression. Select a Key: Select a key and choose a the major or minor scale.

Your literary playlist: A guide to the music of Haruki Murakami Sign Up for Our free email newsletters This story — originally published on August 26, 2014 — has been updated to include songs referenced in Murakami's first two novels, Hear the Wind Sing and Pinball, 1973, which were recently published in the United States for the first time in a dual volume titled Wind/Pinball.