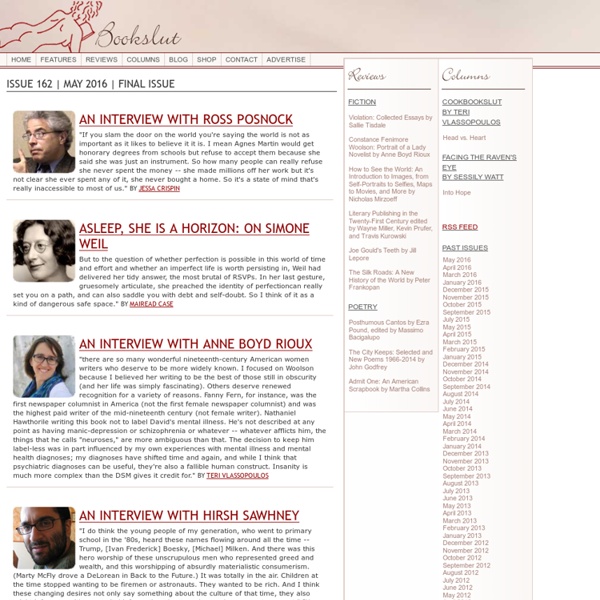 An Interview with John Kelly "So why learn things off when there's no actual need to? Why not keep that brain-space for something else? Now, maybe I'm being a little facetious, but actually I've been writing something about a world where the systems fail and very few people are left who actually know anything about anything. They become so crucial -- and potentially dangerous -- that they are rounded up. The last repositories of actual knowledge or expertise.

The Definitive List of Cliché Dialogue - Go Into The Story This thing has a life of its own, I swear. It’s one of the most popular pages on GITS and every so often I’m reminded to pull it out to update with your suggestions. I have copied and pasted the entire thread of posts, updates and what-not. It’s sort of a meta thing at this point. Bibliotherapy by Nancy Peske and Beverly West Veronica Bond 21st Century Fox Bibliotherapy by Nancy Peske and Beverly West If there’s one thing I think all of us Booksluts will agree we love, other than a good book, is a book about good books. The 11 Best Sites for Finding What Books to Read Next Advertisement Trying to find good books to read during your commute or planning out your summer reading early? There is nothing more daunting than going to a bookstore without a shopping list. So, make sure that your next read is going to be a good one.

Biblio is now live - Start discovering life-changing books today - Biblio blog After many months of hard work, we’ve built something we’re proud to share with you. A very big thanks to those who were part of our initial testing and helped us shape this release of our book discovery and wellbeing platform. Conversation Along with lots of other improvements, we’ve incorporated the one piece of feedback we got most in our trials last year; that you want the opportunity to chat with your curator. Readers are keen to feedback on suggested books they’ve already read and curators want to know what books readers go for and how they find them so we’ve made the conversation central to each recommendation cycle.

Time Is the Simplest Thing - PDF Free Download TIME IS THE SIMPLEST THING Clifford D. Simak Collins Publications ISBN: 0020820755 ONE Finally there came a time when man was ready to admit that he was barred from space. Using Books to Heal and Enthuse Gifted Students - Austega Information Services By Lauren Martin Alexander’s day was terrible. It was horrible. Overall it was no good, and very bad. He woke up with bubble gum in his hair, missed out on the toy in the cereal box, and had to go to the dentist as well as go shopping! Alexander believed that because Australia was down under, a terrible, horrible, no good, very bad day would turn into a wonderful, terrific, really good day if he were there.

The Adventures of Beowulf - A Modern English Translation The first page of the Beowulf manuscript. Beowulf, written in Old English sometime before the tenth century A.D., describes the adventures of a great Scandinavian warrior of the sixth century. A rich fabric of fact and fancy, Beowulf is the oldest surviving epic in British literature. Beowulf exists in only one manuscript. This copy survived both the wholesale destruction of religious artifacts during the dissolution of the monasteries by Henry VIII and a disastrous fire which destroyed the library of Sir Robert Bruce Cotton (1571-1631). The poem still bears the scars of the fire, visible at the upper left corner of the photograph. Biblio Most of us realize how therapeutic reading can be. We find ourselves entering the world described in the pages of a good book and becoming involved with the characters therein. We often close the cover having gained new insight and ideas. That is the purpose behind the use of bibliotherapy; to assist a youngster in overcoming the emotional turmoil related to a real-life problem by having him/her read literature on that topic. This story can then serve as a springboard for discussion and possible resolution of that dilemma. Thus, the adult provides guidance in the resolution of personal crisis through the use of directed readings and follow-up activities. .

800 Free eBooks for iPad, Kindle & Other Devices Download 800 free eBooks to your Kindle, iPad/iPhone, computer, smart phone or ereader. Collection includes great works of fiction, non-fiction and poetry, including works by Asimov, Jane Austen, Philip K. Dick, F. Bibliotherapy In Scotland The gala night of local folk standing up against mental health stigma at Stonehouse on Friday 23rd was a brilliant event and I felt privileged to be a part of it. The event was produced by The Hope Café and Inspire Theatre. The contributions from the Acting Bairns of Stonehouse and Inspire Young People about stigma from were very impressive and were the core of first half of the event. These pieces were strong and well-performed.

The Full Text of Great Short Stories I've Placed On The Web Exquisite fiction from timeless writers. I'll avoid the readily available and concentrate on a few hidden treasures. If you have something you think should be here, or a text copy of a personal favorite, please let me know. The same things seem to be everywhere. The Chaser John Collier's bitter little tale of love. Falmouth - No 1 Arts University What is Bibliotherapy? Bibliotherapy is the use of self-help books and other resources to address emotional and mental health concerns. The Counselling Service has set up the bibliotherapy scheme to help anyone suffering mild to moderate symptoms of anxiety, depression or a range of common emotional difficulties.

Discover Newer Horizons: The Palak Tipa........ the enchanting lake. Hi, In the series of enchanting lakes, I present folktale of another interesting Lake, the Palak Tipa (Dil), surrounded by hills and dense forests, located in south Mizoram, India. When I walked passed it, I found an eerie silence in the air.

Bibliotherapy History[edit] Bibliotherapy is an old concept in library science. According to the Greek historian Diodorus Siculus, in his monumental work Bibliotheca historica, there was a phrase above the entrance to the royal chamber where books were stored by King Ramses II of Egypt. Considered to be the oldest known library motto in the world, it read: “House of Healing for the Soul.”[citation needed] This should come as no surprise to bibliophiles that books were thought as salubrious even in Ancient Egypt.