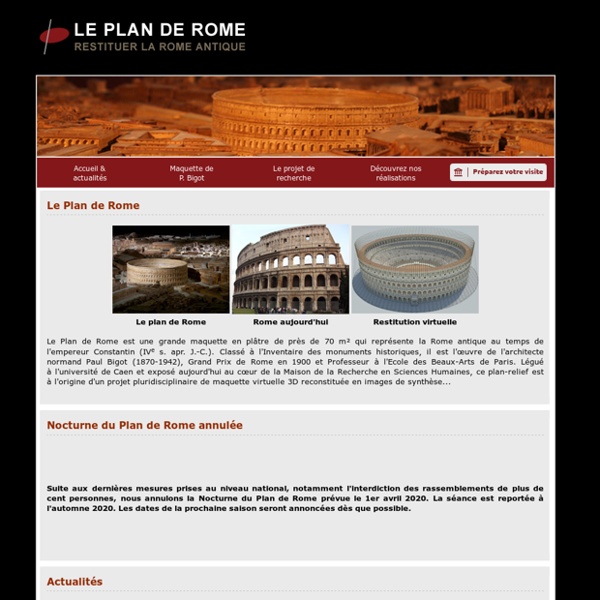 The Pyramids The Pyramids - 3D Virtual Tour The Pyramids virtual tours can be started by clicking the preview window or by downloading the stand-alone versions. Just drag the mouse to the direction you want to look. Use the scroll wheel to zoom at the details. ETUDES ARCHEOLOGIQUES Archaeologists uncover evidence of large ancient shipyard near Rome University of Southampton Source -

Pyramides de Gizeh 3841 tombs and monuments listed. Thanks to 10 years of collected research, Dassault Systèmes was able to reconstruct the Giza Necropolis as accurately as possible. Acropole d'Athènes The Propylaia, famous already in antiquity for its brilliant coffered ceilings and the unique design of the monumental entrance to the sanctuary of Athena, was a work of the architect Mnesikles (437-432 B.C.). It consists of a central building with two six-columned Doric porticoes east and west and two Ionic colonnades in the interior, framed at the north and south by two wings with porches in the Doric order. The outbreak of the Peloponnesian War meant that the final work on the surfaces of the monument was never completed. The destruction of most of the superstructure of the central building during the years 1640-1830 , after the explosion of gunpowder that was stored in the monument by the Turks, has led to a gradual loss of authentic building material, so that until now no more than one fifth of it had been recognised.