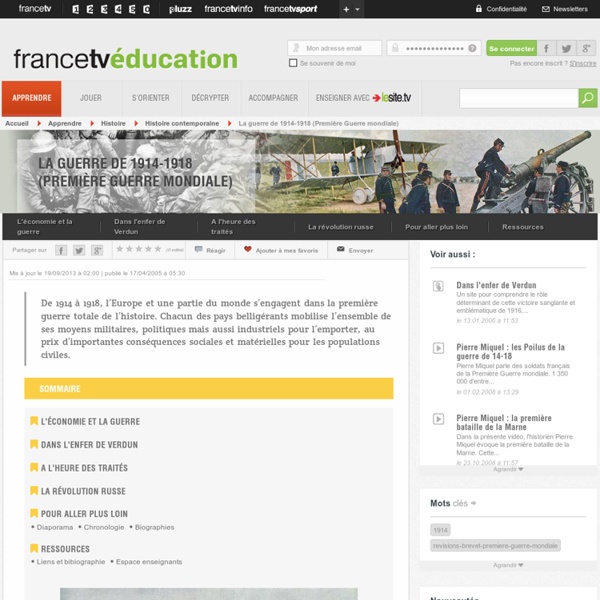 Working Women in the First World War World War Two’s Rosie the Riveter is an iconic figure of the era. Tough and capable, she is symbolic of women’s role in the conflict and their much needed work while men were off at war. World War One had no such figure, but equally strong women. What Is Really Polite and Impolite at the French Table Home > Blog > What Is Really Polite and Impolite at the French Table What are the French table Do's and Don'ts? Did you know that having your hands under the table, or drinking before everybody does, or even spreading your cheese over a piece of bread were considered bad manners in France? In this article, I'll go over what is considered really polite - and really impolite - at the French table. The French are very strict when it comes to table manners. Some French table etiquette rules may be the same as in your home country, but I’m sure some will differ as well.

Rare colour pictures of 1930s Berlin show carefree life in Hitler’s capital before war that reduced it to rubble This collection of rare color photos of Berlin in 1937, taken by Thomas Neumann and uncovered from Norwegian archives, show life in the German capital during a tumultuous decade. They capture scenes in the vibrant city, which was under the iron grip of Adolf Hitler and his Third Reich at the very height of his power. Yet just eight years later the city was in ruins as Russians and Allies occupied it in victory. But at the time these images were taken, Hitler’s Berlin was vibrant.

A bit of French conversation about Aix-en-Provence Published on Tuesday 9th of February 2016 by Valerie As the French Ignition trip to Aix-en-Provence is approaching, how about finding out a bit more about the place? Let’s start with a bit of geography and history. World War II: After the War - In Focus At the end of World War II, huge swaths of Europe and Asia had been reduced to ruins. Borders were redrawn and homecomings, expulsions, and burials were under way. But the massive efforts to rebuild had just begun. When the war began in the late 1930s, the world's population was approximately 2 billion. In less than a decade, the war between the Axis the Allied powers had resulted in 80 million deaths -- killing off about 4 percent of the whole world.

French programs: 3 videos to learn French online Coucou, Ca va ? As you know, I like to learn English the way you LOVE to learn French. 40 THINGS YOU NEED TO KNOW ABOUT FRENCH TABOOS Reading time: 6 minutes FAUX PAS (fo-pa): noun. A social blunder, indiscretion, or tactless act that violates social norms, customs, or etiquette. Literally means “false step” in French. 10 Common Myths or Stereotypes about French Men Reading time: 7 minutes Do you know the French men as much as you think you do? Whether you’re already living in France or planning a visit any time soon, knowing some of the common myths about them will give you better insight. We all have our opinions and beliefs about who the French men are. But are they true or just myths? What Really Makes the French Depressed? Reading time: 4 minutes Much has been said about that certain mélancolie common to the French, but let’s take a look at the 9 other highly probable reasons behind it. The French are depressed. So says a lot of studies and articles and books and surveys. But before we dive into the nitty-gritty, here are some grim facts from a bunch of legit surveys: The French are the world’s most pessimistic people.

10 Myths About French Women Reading time: 5 minutes It would seem as though the rest of the world is deeply fascinated with French women. Think: ageless beauty glamorously wrapped in haute couture, exuding an alluring sophistication and je ne sais quoi while drawling seductively in rich melodious tones. What’s not to be fascinated about? There are a lot of myths that pop up when we pause to talk about this topic. It seems like everyone has an opinion or two.

What does "Vive la France" mean - Patriotism in French "Vive la France", "Vive la liberté" are French expressions to show your patriotism. "Vive la France" translates as "hurray for France", or sometimes as "long live France", depending on the context. The French use many symbols and expressions to show their patriotism. Meaning of “Vive la France” – French Expression Bastille Day - The Ultimate Resource - Quatorze Juillet The Ultimate Resource You probably know that 14 July is Bastille Day, but do you know what it’s called in French? (Hint: it’s not "jour de Bastille.") Do you know the history behind Bastille Day, or how it’s celebrated in France? This page has links to everything you could possibly want to know.

11 Patriotic French Expressions It’s always interesting to know what people have to say about their country and themselves, so here are 11 expressions and quotations somehow related to patriotism and the je ne sais quoi of Frenchness. The first three are linked to more detailed explanations. 1) Liberté, Égalité, Fraternité French motto 2) Vive la France ! An exclamative cheer or rallying cry