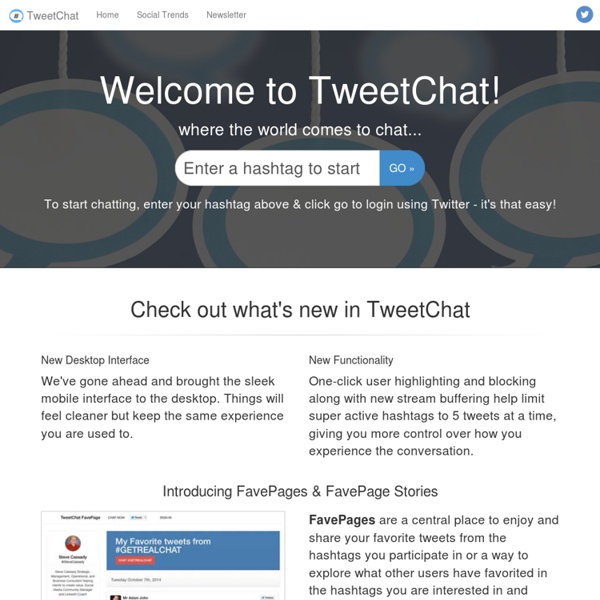 10 Twitter Tools Recently Twitter rolled out their native analytics platform for all users and now you can get some quality data about your tweets directly from Twitter. After researching over a thousand Twitter Tools for the Twitter Tools Book I came across many Twitter analytics and visualization tools. These Twitter tools were designed to add value by presenting a different way to visualize or analyze your tweets, the people in your network, and the tweets from the people in your network. Job Search Hashtags on Twitter Twitter is becoming an increasingly popular social media job search tool for professionals and students as more career experts, recruiters and employers join the Twitter ranks to post their advice and job opportunities. But with thousands of different people to follow and countless tweets to read and search through, it can be challenging for anybody to identify exactly what they are looking for. This is where hashtags come in handy. For those of you who are new to Twitter, a hashtag is essentially a keyword or label following a “#” symbol that people post in their tweets to “tag” their messages in specific categories and/or make it more searchable for those seeking tweets on specific topics.

Promoted tweet used to complain about British Airways 3 September 2013Last updated at 07:18 ET By Jane Wakefield Technology reporter Lost luggage is a common problem for airline customers In a modern spin on the tale of David and Goliath, a disgruntled customer has found a new way to use social media to take on a big corporation. Fed up with the way British Airways was handling the issue of his father's lost luggage, businessman Hasan Syed decided to complain about it. But rather than just put out a normal tweet, he paid to have one promoted.

Search Twitter users by Location and Bio and Create Twitter Lists: LocaFollow Search and filter options allowing you to find people to follow depending on location, influence, number of followers, how active users are on Twitter and many more! Find the most beneficial people to target so that you can grow and increase the quality of your Twitter community. Find out your best time to tweet, discover the interests of a custom sample of users and endless extra features! To find out more about our product Hashtags considered #harmful The noble hashtag is cursed by a problem Yogi Berra could appreciate: Too many people use it, so no one goes there. Presumably, most Twitter users use hashtags intending to add their tweet to a river of similar information and to expose their own thoughts to a wider, interested audience. Twitter itself markets the hashtag to those ends. But does that actually happen? It’s unlikely, especially for the most popular hashtags. There are many useful exceptions, but hashtags for big news stories are particularly vulnerable to mathematical futility.

The Beginner's Guide to Twitter Update: This post was updated November 2013 to reflect current statistics and tools. Do you have a parent, friend or colleague ready to ditch his or her digital training wheels and head into Twitter's open wilderness? These pointers should get them started. And even Twitter experts might benefit from a quick refresher on the platform's valuable tools. First, the basics: What is Twitter all about? The Technology Hidden Inside Every Tweet Illustration by David ParkinsBehind this week's cover Consider the tweet. It’s short—140 characters and done—but hardly simple. If you open one up and look inside, you’ll see a remarkable clockwork, with 31 publicly documented data fields. Why do these tweets, typically born of a stray impulse, need to carry all this data with them? While a tweet thrives in its timeline, among the other tweets, it’s also designed to stand on its own, forever.

Part 2: Conversational Archetypes: Six Conversation and Group Network Structures in Twitter After examining thousands of maps of hundreds of subjects and events we found six distinct network structures in Twitter social networks. Each is profiled below. There is no doubt that there can be other styles and structures of social media networks remaining to discover. The landscape of social media remains a partially undiscovered and poorly mapped terrain. The six network types we describe are intended as initial examples of distinct forms, not as an exhaustive list of all possible forms.

Twitter Tips for Beginners: Everything I Wish I Knew When I Started 9.6K Flares Filament.io 9.6K Flares × Until three weeks ago, I barely had a Twitter account. It existed by its lonesome for a few years as a placeholder for the day when my work allowed me to tweet freely. That day came three weeks ago, and I dove right in, applying all the Twitter knowledge I had stowed away. And still, even with a running start, I had so much to learn.

23 Seldom-Used Ideas for Utilizing Twitter Lists 366 Flares Filament.io 366 Flares × If you’ve read any lists on Twitter tips, whether for beginners or for experts, you’ve likely come across the common advice to use Twitter lists. Twitter lists are useful, helpful, and effective for managing and optimizing your Twitter experience. The Beginner's Guide to the Hashtag If you’re a social media novice, hashtags — those short links preceded by the pound sign (#) — may seem confusing and unnecessary. But they are integral to the way we communicate online, and it’s important to know how to use them (even though some people, like Jimmy Fallon and Justin Timberlake, are not the biggest fans). Plus, they can be a lot of fun. On Twitter, the pound sign (or hash) turns any word or group of words that directly follow it into a searchable link. This allows you to organize content and track discussion topics based on those keywords.