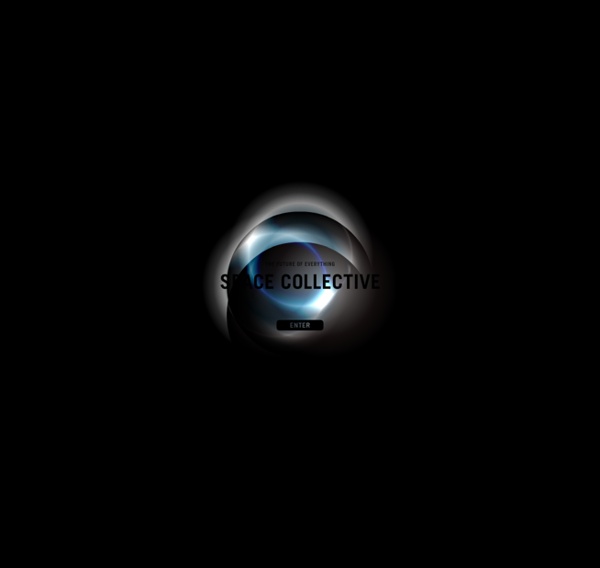 13 Community Role Archetypes (Which One Are You?) Decker and I had a blast putting this together – It’s a breakdown of some archetypical roles in community we’ve noticed over the years, along with the specific people in our community who fill those roles. More on this below. Future - Are we on the road to civilisation collapse? Great civilisations are not murdered. Instead, they take their own lives. This article is part of a new BBC Future series about the long view of humanity, which aims to stand back from the daily news cycle and widen the lens of our current place in time.

Strategic Creative Development · edwardboches How the semester will go. Guest speakers are confirmed in most cases, but could always cancel on us at the last minute. January 23: The End of Us and Them The transition from Bernbach to Zuckerberg January 30: Strategy in the age of participation What is the brief, what does it look like, what does it inspire?

notthisbody personal cargo Some thoughts on the New Aesthetic. A few days ago Bruce Sterling posted an "Essay on the New Aesthetic", summing up his most recent thoughts after a panel at SXSW, similarly titled "The New Aesthetic - Seeing like digital devices". The focal point of definition for this New Aesthetic is well documented and a gestalt emerges quite quickly on the New Aesthetic tumblr, a juxtaposition of quotes, images, sensations, videos highlighting myriad examples of that which its curators are recognizing is already happening. In short, New Aesthetic touches in some sense the bleeding of the virtual dimension into the actual and our increasing reflection of our own methods of sensing in machines, and vice versa. What's surprising about Bruce's usually sardonic critique of modern culture is that he acknowledges his own excitement and novelty with NA, that perhaps it does indeed holds the potential for something new... I've felt this viscerally on spacecollective through these past years.

Claire L. Evans: Greetings from the Children of Planet Earth  In 1977, NASA sent a pair of unmanned probes named Voyager 1 and Voyager 2 into space. Among the infrared spectrometers and radio receivers included on each probe were identical copies of the same non-scientific object: the Voyager Golden Record. Sheathed in a protective aluminum jacket, the Record is a 12-inch gold-plated copper disk containing sounds and images chosen to portray the diversity of life on Earth: bird calls, whale songs, the sounds of surf, wind, and thunder, music from human cultures, and some 55 greetings in a range of languages, alive and dead. The Architecture of Participation by Tim O'Reilly June 2004 I've come to use the term "the architecture of participation" to describe the nature of systems that are designed for user contribution. Larry Lessig's book, Code and Other Laws of Cyberspace, which he characterizes as an extended meditation on Mitch Kapor's maxim, "architecture is politics", made the case that we need to pay attention to the architecture of systems if we want to understand their effects.

How to Think Like a Futurist: DevLearn 2017 Closing Keynote DevLearn 2017 wrapped up with a thought-provoking closing keynote, “How to Think Like a Futurist,” by Jane McGonigal, PhD, director of games research and development at the Institute for the Future. She helped us level up our powers of creativity and imagination for thinking about the future. First-person thinking 50 Ways to Use Twitter in the Classroom Many critics of Twitter believe that the 140-character microblog offered by the ubiquitous social network can do little for the education industry. They are wrong. K-12 teachers have taken advantage of Twitter’s format to keep their classes engaged and up-to-date on the latest technologies. The following projects provide you and your students with 50 ways to Twitter in the classroom to create important and lasting lessons.