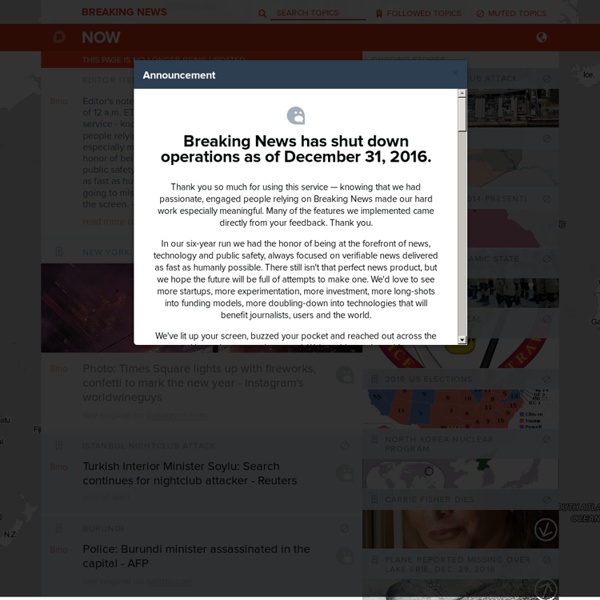 10 Life Lessons From A Navy Seal. I Will Always Remember #4. Naval Admiral William H. McRaven returned to his alma mater last week and spoke to the graduates with lessons he learned from his basic SEAL training. Here’s his amazing Commencement Address at University of Texas at Austin 2014 from Business Insider. The University’s slogan is,“What starts here changes the world.”I have to admit—I kinda like it. How Covert Agents Infiltrate the Internet to Manipulate, Deceive, and Destroy Reputations One of the many pressing stories that remains to be told from the Snowden archive is how western intelligence agencies are attempting to manipulate and control online discourse with extreme tactics of deception and reputation-destruction. It’s time to tell a chunk of that story, complete with the relevant documents. Over the last several weeks, I worked with NBC News to publish a series of articles about “dirty trick” tactics used by GCHQ’s previously secret unit, JTRIG (Joint Threat Research Intelligence Group).

Basic of Lubrication Basics of Lubrication Basics of Lubrication Introduction to Lubrication From practical experience, we know that adding a lubricant to a solid-solid contact will significantly reduce friction. The reduced friction leads to less wear, heat generation and energy loss – all of which reduce operation costs and downtime. The antioxidant myth is too easy to swallow When the press release arrived in our inboxes, we knew what would happen next. A controversial Nobel laureate had stated, in a peer-reviewed paper he described as "among my most important work", that antioxidant supplements "may have caused more cancers than they have prevented". Even the most fad-friendly sections of the UK media were bound to cover the story. In reality, Professor James Watson – one of the DNA double-helix's founding fathers – was only restating what we at Cancer Research UK (along with many others) have been pointing out for years. Large studies have repeatedly shown that, with the possible exception of vitamin D, antioxidant supplements have negligible positive effect on healthy people, at least in terms of important things such as preventing people getting cancer or dying prematurely. And some supplements – notably vitamins A, E and beta-carotene – even seem to slightly raise the risk of disease and early death.

#NoWarInSyria: If You Don’t Want World War III In The Middle East You Need To Let Your Voice Be Heard NOW We are closer to the start of World War III than we have been in decades. In part 3 of this series of articles, I discussed the fact that President Trump’s team was preparing a “military response” in Syria and that a “coalition” is being formed to remove Syrian President Bashar al-Assad from power. Well, as I am writing this article the missiles have started flying. Cruise missiles from a U.S. Navy vessel in the Mediterranean Sea have hit multiple targets inside Syria, and many fear that what we have just witnessed could be the beginning of a broader conflict. Trump should not have done this, because according to the U.S.

English Business Letters Generate your English business letters per mouse click. Choose the template and mark the checkboxes for the sentences you want to use in your business letter. The result can be copied into the clipboard or saved as TXT or RTF file (e.g. for MS-Word). What Apple's patents reveal about its plans For anybody who wants to know what a company is thinking, just look at its patent portfolio. Patents are about protection: without them there's nothing to stop your rivals from copying your best ideas and making money from your hard work. If you patent your revolutionary unicorn-powered laptop and a rival copies you, you'll be able to sue them until they squeak - and possibly get their product pulled from the shelves too.