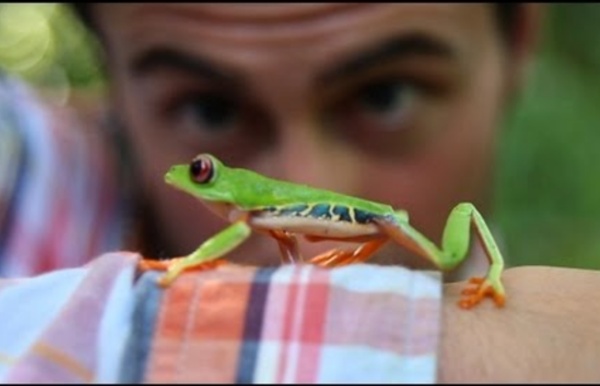 Related:  Éthique • All your base are - Various + Solutions or Need One

Why do we think poor people are poor because of their own bad choices? Cecilia Mo thought she knew all about growing up poor when she began teaching at Thomas Jefferson senior high school in south Los Angeles. As a child, she remembered standing in line, holding a free lunch ticket. But it turned out that Mo could still be shocked by poverty and violence – especially after a 13-year-old student called her in obvious panic. Burning Peacocks: Avril Music / As the granddaughter of pioneering Chilean filmmaker Alejandro Jodorowsky and the offspring of thespians, Alma Jodorowsky spent her formative years wandering around magical realist sets. Now age 23, the enterprising actress’s résumé includes a supporting role in Blue Is The Warmest Color, modelling gigs for Chanel and her own budding electro duo Burning Peacocks – the latest music video for which she directed and stars in. “It's about a girl hoping to randomly run into the man of her dreams”

87 Deeply Subversive Documentaries That Challenge the Status Quo By Films For Action / filmsforaction.org/ Jul 19, 2017 Now that there are thousands of films on Films For Action, we realized the very best gems have really become buried all across our library, and for people new to this information, we needed a more guided way to dive in. Spread across 15 core themes, this collection aims to be that entry point. It is our attempt to curate the kind of crash-course curriculum on the state of the world we wish we had all got growing up, especially during high school and college, but didn't.

'Our minds can be hijacked': the tech insiders who fear a smartphone dystopia Justin Rosenstein had tweaked his laptop’s operating system to block Reddit, banned himself from Snapchat, which he compares to heroin, and imposed limits on his use of Facebook. But even that wasn’t enough. In August, the 34-year-old tech executive took a more radical step to restrict his use of social media and other addictive technologies. Rosenstein purchased a new iPhone and instructed his assistant to set up a parental-control feature to prevent him from downloading any apps. He was particularly aware of the allure of Facebook “likes”, which he describes as “bright dings of pseudo-pleasure” that can be as hollow as they are seductive. And Rosenstein should know: he was the Facebook engineer who created the “like” button in the first place.

Google’s Project Loon Gets Green Light to Deploy Over Puerto Rico This site may earn affiliate commissions from the links on this page. Terms of use. A little over four years ago, Google started talking about what it called Project Loon–an ambitious plan to deploy balloons roughly 11 miles up to create an aerial wireless network.

In poverty, groceries can be five times more expensive A hidden camera in a San Francisco grocery store last year captured patrons' reactions when their items ring up as five times more expensive, adjusted to reflect the cost of living near the poverty line. In "Poverty Line Prices," above, people are shocked when they see their totals. When you're poor, milk can have an adjusted cost of $24. Watch online ads and this startup will give money to charity Online ads have a seriously bad rap — banner ads are annoying and no one likes sitting through a video about diapers before tucking into a Saturday Night Live clip on YouTube. The recently launched Australian startup Make Some Change, founded by Michael Battle and Jesse Richardson, is proposing a different equation. Instead of being forced to watch a brand's message when you are not in the mood, you can visit the Make Some Change website and the company will donate cash to charity when you view ads on their site. To this end, the team have created a digital currency called Change coins, Battle and Richardson told Mashable Australia. Change coins are generated each time a piece of content is viewed, and the person who watched the clip can choose a charity on the site they'd like to donate it to. Unlike other digital currencies such as Bitcoin, the value of the Change coin is tied to the U.S. dollar.

A Timeline – Russia and President Trump Of the Jan. 6, 2017, meeting, when Comey told Trump about the infamous Steele dossier, Trump said: “He shared it so that I would think he had it out there” as leverage against Trump. Of the Feb. 14, 2017, meeting, when Trump said he hoped Comey could see his way to “letting Flynn go,” Trump said: “He said I said ‘hope’ — ‘I hope you can treat Flynn good’ or something like that. I didn’t say anything. But even if he did — like I said at the news conference on the, you know, Rose Garden — even if I did, that’s not — other people go a step further. I could have ended that whole thing just by saying — they say it can’t be obstruction because you can say: ‘It’s ended.

Gallery: An intriguing sci-fi vision of a megacity Olalekan Jeyifous may have trained as an architect, but these days, the Nigerian-born, Brooklyn-based artist is much more interested in sparking debate with his conceptual drawings and sculptures. Starting conversation is at the center of his Improvised Shanty-Megastructures series, a speculative, forward-facing vision of Lagos, Nigeria, one of the world’s largest cities (with an estimated population of some 21 million). His images, which he creates through a process similar to architectural renderings, juxtapose sprawling shanty-town megastructures with shiny luxury developments. He aims to highlight how urban development tends to focus on the wealthy and often displace poorer communities altogether. Of the series, he says, “I hope it gets people thinking about these communities, less as this aggregate, poor slum and more about the individuals who live there.”

A 'Forgotten History' Of How The U.S. Government Segregated America Federal housing policies created after the Depression ensured that African-Americans and other people of color were left out of the new suburban communities — and pushed instead into urban housing projects, such as Detroit's Brewster-Douglass towers. Paul Sancya/AP hide caption toggle caption Paul Sancya/AP