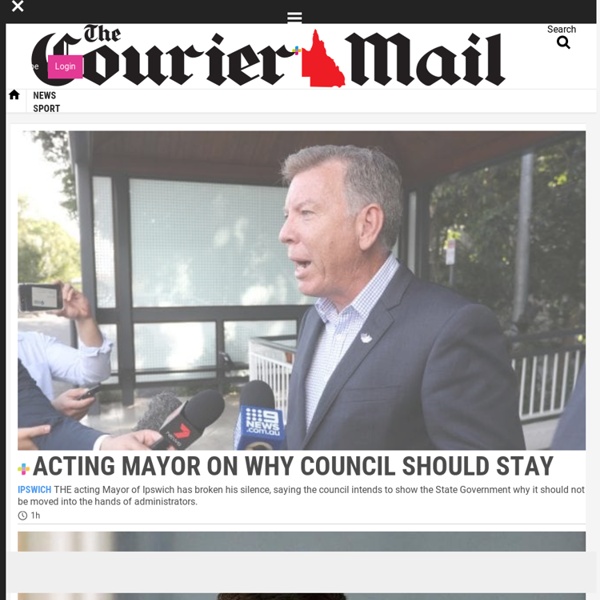 Australians play video games for 1.5 hours a day: survey Interactive entertainment ... a new study shows the average age of gamers is creeping higher. Picture: Thinkstock Source: News Limited AUSTRALIA might be a sunburnt country but it’s also a land of sweeping games, with six in 10 Aussies playing video games, and dedicating almost an hour and half every day to interactive entertainment. And while children are still most likely to play video games, the average age of gamers is creeping higher, and the fastest growing gaming crowd is old enough to retire. Fat free and 100% natural: seven food labelling tricks exposed If you’re confused by food labels, you’re not alone. But don’t hold your breath for an at-a-glance food labelling system that tells you how much salt, fat and sugar each product contains. Australia’s proposed “health star rating” labelling scheme was put on hold in February, following pressure from the food industry.

iiNet: New world of devices From smart clothes to augmented reality, next generation gadgets are going to change workplaces for the better. by: Joshua Gliddon It’s estimated the average smartphone user unlocks and glances at their device 200 times per day. Every interaction with a smartphone takes up a small piece of time – and a piece of attention. The next generation of devices aren’t things that we simply pick up and use. Fat nation: why so many Australians are obese and how to fix it In 1980 just 10% of Australian adults were obese; by 2012 this figure had risen to 25%, among the highest in the world. The food industry lobby and their friends in government would have us believe this comes down to reduced personal responsibility for what we eat and how much we move. Yet when it comes to food, something is different. Our changing food environment has undermined our capacity to be responsible in the first place.

Possible cancer cure being tested in human medical trials in Sydney, Melbourne Man on a mission ... Professor Phillip Hogg is conducting cancer research. Picture: Melanie Russell Source: News Limited theconversation Being an athlete is all about eating pasta morning, noon and night, right? Think again. The type of sport an athlete does will affect the types of foods the competitor should eat. Although there are other important nutrients (such as fluid, vitamins and minerals), the three main ones in your diet (known as macronutrients) are carbohydrates, proteins and fats, and these are the ones that sports nutritionists tend to focus on. Across the board Most athlete diets tend to be low in fat, as eating an excess of fat (or calories) will result in this being stored as fat on the body.

Skip, Companion, Water Balance: Why the app store is destroying humanity Loaded: 0% Progress: 0% There seems to be an app for almost everything these days. Liz Burke joins the team on Daily Dilemma to discuss whether apps are killing our humanity. Courtesy: Studio Ten How Digital Disruptors Could Transform Trade Finance If digital tracking can be baked into the physical flow of goods, via the IoT, then many of the bottlenecks to trade financing can be removed. Digital disruptors are a key theme at this week's Sibos conference in Singapore—and few developments hold more promise for transforming the corporate landscape than the “Internet of Things.” The IoT is not just changing the manufacturing space or helping companies makes use of mountains of process data. It also could also drastically alter the relationship between the physical and financial supply chains.

This is the future of schools Future of education? On a crisp autumn morning, Tsi-Ann Calixte furiously pounds on her Chromebook’s keyboard, hashing out details on a project she’s spearheading for her 14-person team. As she sits at a collaborative table reflecting on a job well-done, half a dozen colleagues surround her, tapping on their own laptops. Evocca College, Unique International College, Phoenix Institute slapped by Australian Skills Quality Authority Private training colleges rorting the Australian taxpayer have been put on notice. A SWEEPING audit of private training colleges has resulted in one provider losing its licence and a further eight, including the troubled Evocca College, slapped with strict conditions. The industry regulator, the Australian Skills Quality Authority (ASQA), has released the findings of its audit of 21 registered training organisations (RTOs), started in April this year amid widespread complaints of inappropriate marketing practices, poor standards and rorting of the lucrative VET-FEE HELP loans scheme.

Gaming is about to change forever. This is why. Hands on with RIGS Mechanized Combat League Tech editor Ben Grubb goes hands on with RIGS, a game for Sony's yet-to-be-released virtual reality headset PlayStation VR. Paris: My legs are wobbling after just finishing the best five minutes of gaming I've ever experienced in my life. After playing the video game RIGS Mechanised Combat League — created for Sony Computer Entertainment's yet-to-be-released PlayStation Virtual Reality (VR) headset — I'm truly convinced gaming is about to be changed forever by VR.