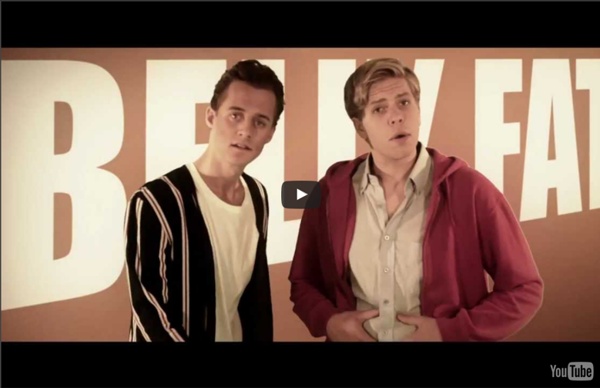 10 Ways to Escape An Awkward Situation Contagious Yawning: Why We Do It, What It Shows About Us Yawning is a mysterious thing. For starters, just reading that sentence may have caused you to yawn. The behavior, technically a reflex that involves opening the mouth and a simultaneous stretching of the eardrum, is contagious--and the video above sets out to explain why. The video was created by VSAUCE, a YouTube channel that offers "Amazing Facts & The Best of the Internet." It starts by debunking various myths about yawning. We don't do it for lack of oxygen, and it doesn't just help equalize the pressure in our heads—the real medical reason is less obvious, but you'll have to watch the video to learn what it is. We also learn about the function of pandiculation, or yawning and stretching simultaneously, and how animals that move in groups might have evolved such a mechanism. But not everyone can benefit. The video is full of interesting facts about yawning, including why other animals use it to look intimidating, attract mates, or just realign their jaws after a big meal.

Fun Adults – “Sap Solid Precision. Care. Attention to detail. In a world where anyone can pirate a copy of Pro Tools and start the road to stardom, complete internet anonymity, or the increasingly undefinable land the lies between, it’s common to come across tracks that feel utterly tossed off, completed with a deficit of discrimination in taste, choices, and thought. Well, nothing says “we are extremely precise” like restoring a 200-year-old barn to record your album. Which is exactly what British band Fun Adults did: The band have spent the summer renovating a 200-year-old barn into a studio, where they wrote, recorded and produced ["Sap Solid"], alongside friend and producer Tom Howe. With a product like “Sap Solid”–which combines a lilting, memorable melody with crisp percussion to enhance the pretty ache–perhaps more bands should find themselves barns to restore. (The Fader)

Mucca Pazza, Boss Taurus: Big Band, Itty-Bitty Stage : All Songs Considered Blog Take a humongous group of excitable jokers who have too much free time on their hands, mix in enough instruments to satisfy an entire marching band variety, toss a few gigantic pom poms and enormously-loud/elaborate outfits their way and you'll get Mucca Pazza. The Chicago-based band is a 30-piece (yes, 30 trombonists, trumpeters, guitarists, cheerleaders, and more) community of "circus punks" that makes music that sounds like the results of a rowdy weekend at band camp. Mucca Pazza's new song, "Boss Taurus," feels like a musical debate: the trumpets make a declaration; there's a response from the guitars; and the lone tuba tries to get a word in edgewise. The pieces constantly break apart and then get back to working together to get you bouncing in your chair. The video for "Boss Taurus" has a remarkably simple concept — the members of the band perform and goof off on a tiny stage for three minutes. For this video I wanted to keep things simple.