Cameron Russell: Looks aren't everything. Believe me, I'm a model. 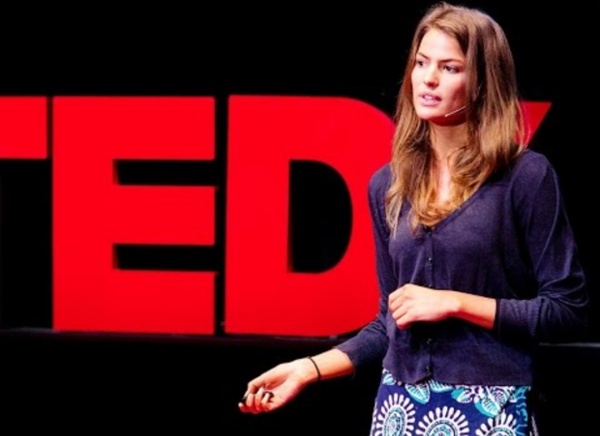 ‘Being Authentic’ is More Than Just Being Honest Of all the things the millennial generation wants out of church, authenticity may be the most important. As a twentysomething pastor who lives in Silver Lake—a very creative, diverse, and subversive neighborhood in LA—I see the need for authenticity in the hearts of my neighbors, as well as in my own heart. It's the battle cry of our generation, often expressed publicly with ironic clothing and accessories, or more privately with heart-to-heart conversations over coffee and other things we love. I think the cry for authenticity stems out of the reality that we're a generation let down by previous ones. Past ideals don't work for us. However, the quest for meaning isn't without its challenges. What is Authenticity? A lot of things can be mistaken for authenticity: relativism ("whatever seems right to me has to be OK with everyone else"), social elitism ("only people with a dark past and tattoos belong"), and dedication to causes ("meet my cat, he's a rescue") are just a few examples. 1. 2.

The science of stage fright (and how to overcome it) - Mikael Cho Beauty Matters: 28 January 2000 Home>>Collection>>Physical beauty involves more than good looks Physical beauty involves more than good looks By Emily Carlson. First published April 15, 2004 in University Communications at the University of Wisconsin-Madison. There is more to beauty than meets the stranger's eye, according to results from three studies examining the influence of non-physical traits on people's perception of physical attractiveness. The results, which show that people perceive physical appeal differently when they look at those they know versus strangers, are published in the recently released March [2004] issue of Evolution and Human Behavior. In many studies evaluating physical attractiveness, people are often shown an array of strangers' photos, computer-generated images or line drawings and asked to identify which ones, based on differences in physical features, are most attractive. Each study provided an illustrative example of this finding. Look at what that did for Abraham Lincoln.

Be Beautiful Manchester Based British Beauty Blog, Lifestyle Blog, Jewellery Blog, DIY Beauty Blog: DIY: Eye Make Up Remover - the best trick I've discovered! So a looong time ago I did a post about taking your eye make up off with olive oil. I've been doing this for about 6 months now and have noticed the skin around my eyes seems a lot more moisturised and supple. Recently however, I've added another natural ingredient to my olive oil and it seems to be working ever better. Olive oil on its own was great but I felt it tended to 'drag' the eye area a little bit, especially when I wore quite a lot of heavy make up for a night out. Removing false eye lash glue was a particular pain. So I'd done some research on what to add to olive oil so that its still as effective at removing tough, stubborn make up but with less drag and came across witch hazel. A few people will be worrying about placing an astringent like witch hazel around the eye area but I've checked with my optometrist who assured me that it would be fine but to take care with it as I would any other product that I applied to the eye area. Extra Virgin Olive Oil Rebecca x

The Other Pair This ELT lesson plan is designed around a short film by Sarah Zorik titled The Other Pair and the themes of altruism and empathy. Students watch a short film, write a story, and speak about a story. I would ask all teachers who use Film English to consider buying my book Film in Action as the royalties which I receive from sales help to keep the website completely free. Language level: Pre-intermediate (A2) –Intermediate (B1) Learner type: All ages Time: 60 minutes Activity: Watching a short film, writing a story, and speaking about a story Topic: Empathy and altruism Language: Vocabulary related to shoes, narrative tenses Materials: Short film Downloadable materials: the other pair lesson instructions Support Film English Film English remains ad-free and takes many hours a month to research and write, and hundreds of dollars to sustain. Step 1 Ask your students to come up with as many different types of shoes as they can in 2 minutes. Step 2 Elicit boots, trainers, slippers, flip-flops, etc. Step 3

Beauty and Physical Attractiveness « Chestnut ESL/EFL PICTURE SOURCE: viola.bz WATCH VIDEO: BEAUTY OVER THE YEARS (SOURCE: ebaumsworld.com) Contestants at the Atlantic City Beauty Contest by Peter Stackpole BEAUTY and UGLINESS Beauty and Physical Attractiveness (SOURCE:iteslj.org) CONVERSATION QUESTIONS 2 (SOURCE: esldiscussions.com) MORE QUESTIONS (SOURCE: foxhugh.wordpress.com) ARTICLE: Empower Yourself – 10 things you can do in your own life LESSON PLAN & ACTIVITIES: ESL / EFL Lesson Plan on Fashion Models (AUDIO TEXT) SOURCE:breakingnewsenglish.com ONLINE LISTENING ACTIVITY FOR STUDENTS (SOURCE: esl-lab.com) ARTICLE: A successful fashion model discusses the pitfalls of building a life on physical appearance rather than inner beauty. Advertising And Women Killing us softly 4: Advertising’s image of women A Must Watch For All Girls! How to talk about beauty and make up in English – some useful vocabulary (SOURCE: englishwithatwist.com) Beauty From Wikipedia Beauty Is in the Eye of the Beholder – QUESTIONS ONLINE ACTIVITY FOR STUDENTS (SOURCE: quia.com)

Beloved teen Sam Berns dies at 17 after suffering from rare disease Saturday night could have been a moment for Sam Berns to celebrate -- standing in the middle of Gillette Stadium, flanked by some of his beloved New England Patriots, and no doubt cheered heartily by the nearly 70,000 fans surrounding him. But it wasn't to be. Instead of having Berns as an honorary captain in their NFL playoff with the Indianapolis Colts, the Patriots held a moment of silence for the young man who inspired them and many others as he lived with progeria, which causes premature, accelerated aging. "Do it for Sammy!" Berns died Friday evening due to complications from the rare genetic disease, according to the Progeria Research Foundation. He was 17. "I loved Sam Berns and am richer for having known him," Patriots owner Robert Kraft said. Kraft, one of the most well-respected owners in his sport, wasn't Berns' only fan. More than anything, Sam lived. "Even though I have many obstacles in my life, I don't want people to feel bad for me," Berns said in that TedX talk. "Fly High."

3. Bilder i media | Nätsmarta Ideal. All media handlar om att någon vill förmedla ett budskap till en mottagare. Det är ett vitt begrepp där både avsändare, mottagare och budskap naturligtvis skiljer sig åt. Här pratar vi om vilka signaler bilder i media sänder ut och vilka skönhetsideal som möter våra barn och ungdomar på nätet? Titta på filmerna tillsammans. Länk till klipp här I uppdrag 2 låter vi eleverna skapa egna kreativa reklamfilmer utifrån eget manus där idealen ser annorlunda ut. An Essay by Einstein -- The World As I See It "How strange is the lot of us mortals! Each of us is here for a brief sojourn; for what purpose he knows not, though he sometimes thinks he senses it. But without deeper reflection one knows from daily life that one exists for other people -- first of all for those upon whose smiles and well-being our own happiness is wholly dependent, and then for the many, unknown to us, to whose destinies we are bound by the ties of sympathy. A hundred times every day I remind myself that my inner and outer life are based on the labors of other men, living and dead, and that I must exert myself in order to give in the same measure as I have received and am still receiving... "I have never looked upon ease and happiness as ends in themselves -- this critical basis I call the ideal of a pigsty. "My passionate sense of social justice and social responsibility has always contrasted oddly with my pronounced lack of need for direct contact with other human beings and human communities.

Woman Undergoes Bizarre Body Changes In Short Film Barbara is a passionate writer and animal lover who has been professionally blogging for over 10 years and counting. While Anna is preparing for a first date with Henry, a man she has secretly loved for years, everything goes wrong until she discovers the impossible — she’s suddenly able to sculpt her appearance like clay to any shape she desires. Written and directed by Sandy Widyanata,”Plastic” is a popular short film that was released in 2008. It delves into the issue of women’s body image issues and the power of self acceptance. Watching Anna manipulate her face and body in her bathroom — pulling at her nose until it reaches the perfect point, stretching her neck like a giraffe until it’s long and thin — is bizarre, comical and even creepy at times. The more Anna changes her appearance, the more invigorated she feels. But the second Henry comes knocking at the door, Anna examines at her brand new body in the mirror and makes a stunning realization. Like our Page