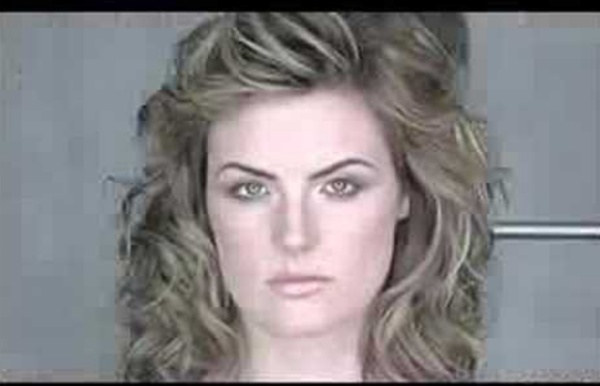 The Australian You have cookies turned off To use this website, cookies must be enabled in your browser. To enable cookies, follow the instructions for your browser below. A Guy's Guide to Body Image Listen Al's friend Rachel invited him to go to the lake for the day with her family. Rachel thought Al was fun to be around — plus he was cute. Bradley University: Body & Beauty Standards With images of ideal beauty bombarding us daily, it is easy to forget that standards of beauty are arbitrary and they vary greatly both from one culture to another and over time. Such variations in ideals of beauty often reflect the roles women and men are expected to fulfill in a given society. For instance, in contexts where women are valued mainly for their fertility—their ability to bear and nurture children—often full-bodied women with broad hips and ample breasts are considered the most beautiful. In societies such as Fiji, large bodies are a symbol of one’s status and power. It is not surprising, therefore, that individuals who would be classified as obese in the US are considered the most attractive and desirable members of this culture.

Barbara Kruger - Feminist Artist Her Style Barbara Kruger's graphic work usually consists of black-and-white photographs with overlaid captions set in white-on-red Futura Bold Oblique. The phrases usually make a bold statement and commonly use pronouns such as you, I, your, we and they. She juxtaposes imagery with text containing criticism of sexism/misogyny and cultural power structures.

Body image - Family Lives Teenagers are frequently presented with unrealistic ideals of male and female body types, as models and celebrities fill the screens and pages of the media. These images can lead to expectations and worries around body image, as teens focus on how they feel they should look. Some teens may worry that they are over or underweight or, while others may aim for a toned or muscular appearance that may not come naturally. Parents have told us that they are becoming more aware of this issue and would like some guidance on how they can encourage their teenagers to have a healthy attitude towards body image. Why is body image important to teenagers? As teenagers go through hormonal changes and new experiences, their bodies naturally change and grow.

Beauty The experience of "beauty" often involves an interpretation of some entity as being in balance and harmony with nature, which may lead to feelings of attraction and emotional well-being. Because this can be a subjective experience, it is often said that "beauty is in the eye of the beholder."[2] This 1955 'Good House Wife's Guide' Explains How Wives Should Treat Their Husbands Angel is a writer on the Original Content team at LittleThings. Check out her articles about crucial tips on female and doggie health. She loves to take long walks, volunteer with kids, try new food, browse through burger recipes, and code in her spare time. Feel free to let her know what you'd like to see her write up next. It’s so fascinating to learn about how people used to live — especially when we discover that not much has really changed.

A model uses her success to underscore some important points about image and privilege. It'd be difficult to find a single one of us who hasn't been influenced by advertising and images. It's so subtle that a lot of us could probably even tell ourselves we haven't been influenced because it's like the air we breathe — it's around us constantly and we don't even think about it that much. Case in point — I bet you can finish this slogan without even Googling it: "Choosy moms choose ______." If you don't know the brand, I'd bet you're an outlier. We're constantly absorbing data and impressions from imagery and ads whether we know it or not, and companies pay big money in the race to be the first to push their impressions into our faces. They certainly aren't paying that kind of cash for something if it isn't effective.

Male Bodies and Beauty throughout the ages We have to acknowledge that in this day and age – as it has forever been – beauty matters. Our definition of beauty is based on the media saturation which we are bombarded with on a daily basis. For instance, the idea of tanned = gorgeous has only appeared recently — it would stand to reason that with all the lead-based paints and powder that was used, pale was beautiful as it indicated that you had no need to stand about in the sun all day. As a society, we perceive people who have traits which we consider admirable: self restraint, indefatigable dedication to an idea, sacrifice to epitomise the current standards of beauty – mirrored so closely in the way we view the working world. So we end up with the size zero models and body-builders with ripped stomachs and veined arms as a societal idea.

Banksy obliterated! Should we preserve street art? - The Arts (9,10) Transcript Transcript Shot of brick wall adorned with concert posters and graffitiHAMISH FITZSIMMONSWhen council workers sprayed over this city wall, they thought they were ridding this laneway of random graffiti.Shot of Andy Mac standing in front of a large black-and-white stencil graffiti workANDY MACI was up in the gallery and I often look out the window into the street, see what's happening, and I looked outside here and I'm, like, watching a guy just roller over it as it happened.Photograph of Banksy stencil of a parachuting ratHAMISH FITZSIMMONSLittle did they know a stencil by one of the most famous and sought-after street artists in the world had just been erased. Melbourne City Council, which ordered the clean-up, has been pilloried the world over since Tuesday's incident.Shot of Lord Mayor of the City of Melbourne Robert Doyle speaking at an outdoor press conferenceROBERT DOYLEThis was not the Mona Lisa.

Plus-size model Zach Miko: 'Men want to see normal-looking guys modelling their clothes' Zach Miko is 6ft 6in, has a 40in waist, and is the first plus-size male model signed to a major agency, IMG, which looks after models including Lara Stone, Freja Beha and Gigi Hadid. Having modelled for Target, one of the US’s biggest retailers, and soon to be modelling for Yours, one of the UK’s biggest plus-size fashion retailers, the 26-year-old’s signing comes at an interesting time in “plus-size” male modelling. Despite the demand, there are currently no plus-size male models on the books of a major agency in the UK. In Germany, there are three agencies dedicated to plus-size male models, but their remit rarely stretches outside Germany (Miko hails from Connecticut).

How men's perfect body types have changed throughout history A precursor to the fop, the Macaronis were originally British young men who went abroad, fell in love with the Italian food "maccaroni" and the European style of dress. According to historian Geri Walton, the men would commonly order maccaroni to show off that they recently visited Italy and eventually got the nickname "macaronis." From the 1775 book Easy Phraseology, Joseph Baretti wrote "Strange, that this word has so much changed of its meaning in coming from Italy to England: that in Italy it should mean a block-head, a fool; and mean in England a man fond of pompous and affected dress!" Reg Mombassa Christmas deivery - Time is running out. Unframed prints ordered before December 1 will be delivered before Christmas. Framed prints will no longer be delivered before Christmas. Delivery can take up to 15 working days.