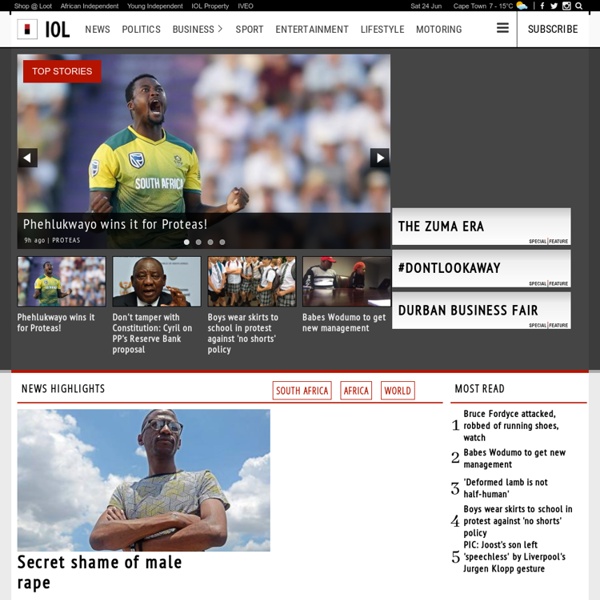 LABOR - Germany's Air Berlin says will cut 900 jobs BERLIN - Agence France-Presse Germany's number two airline, Air Berlin, said on Tuesday it would slash about 900 jobs or nearly 10 percent of its workforce in a bid to get back in the black after nearly five years of losses.The troubled airline unveiled details of what it called its two-year "Turbine" programme extending across all its business divisions and focusing "on its key markets on the basis of a stringent business model"."'Turbine' has defined initiatives of around 400 million euros ($535 million) by the end of 2014 to achieve a lastingly competitive result," the company said in a statement."The programme covers all areas of operation and relationships with business partners as well. It also involves cutting about 900 jobs in which the possibility of redundancies cannot be excluded."

Huffington Post Canada - Canadian News Stories, Breaking News, Opinion TechCentral | South Africa's quality technology news source National News - The Announcer| The Announcer Minister steps up fight against drug abuse The drug abuse problem in South Africa caused the Minister of Police to order an intensified war on drug lords in the country With drug abuse being a problem throughout all provinces, including the Eastern Cape, More... Mobile termination rates ruling welcomed Icasa welcomed the ruling on mobile termination rates The Independent Communications Authority of South Africa (ICASA) has welcomed the ruling by the South Gauteng High Court on the Mobile Termination Rates and More... Petrol price to increase in April Petrol will cost more from Wednesday The price of a litre of 93 octane petrol will increase by 5 cents a litre while that of 95 octane petrol will increase by 7 cents a litre in Gauteng on Wednesday, the Energy More... Late birth registration penalised by Home Affairs Domestic workers urged to register for UIF Public Administration Management Bill rings changes Regulations to professionalise local govt Petrol price to increase by 36c

Home - Breaking SA and World News, Sports, Business, Entertainment and more - Times LIVE The Citizen Online | Home National 5.5.2014 05.00 pm FILE PICTURE: An IEC official scans a green bar coded ID book at a voter registration center in Melville, Johannesburg, 10 November 2013. Picture: Tracy lee Stark The home affairs department has extended its office hours in the lead-up to and on election day, it said on Monday. The department would open all of its offices across the country on Wednesday from 7am to 9pm in line with voting hours to assist citizens with the voting process, spokesman Lunga Ngqengelele said in a statement. It had already extended its office hours for Monday and Tuesday, from 7.30am to 7.30pm. “Home affairs takes this opportunity to remind members of the public that President Jacob Zuma has declared Wednesday… as a national holiday to allow citizens more time to vote,” said Ngqengelele. “All home affairs officials who will be working on Wednesday… have been afforded an opportunity alongside all other essential services to cast special votes across the country.” - Sapa

HeraldLIVE | Archive | Business South Africa’s new vehicle sales fell 9.2% year-on-year in May to 49,465 units, data from the trade and industry department showed on Monday (02/06/2014). Export sales for the month fell 40.5% year-on-year to 15,613 units – Reuters A NEW labour strike is looming at a time when South Africa can least afford it. Up to 200000 workers in the metal and engineering sector could down tools after wage talks deadlocked. YOU can hear a pin drop in the room, once the tall man stands up to speak. CLOSE to 1000 jobs could be created at the FAW assembly plant in Coega in Port Elizabeth over the next 10 years. RISING energy costs and strained supply are compelling automotive suppliers in Nelson Mandela Bay to reduce their usage. The economy may not be able to absorb the consequences of the extended strike in the platinum mining sector, the African National Congress said on Thursday (29/05/2014). THE future of the citrus industry in South Africa remains uncertain.