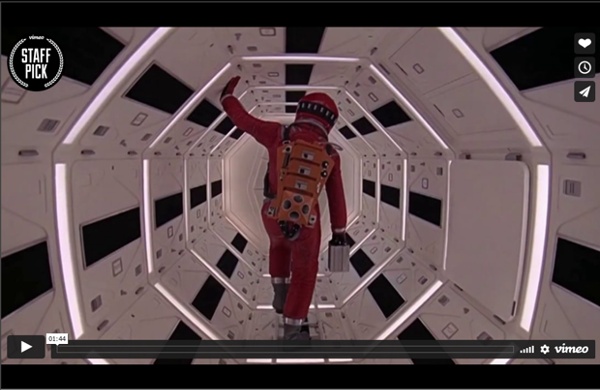 25 Of The Best Short Films You Can Watch Online Short filmmaking has always been an understated component of cinema. It contains all of the magic, escapism, and even technicality that goes into making full length feature productions. In fact some may argue that it is even more difficult to master given the short amount of time that one has to work with to get all of the aspects of filmmaking into the right gear. This list serves not only as a compiled source of recommendations that we hope helps to gain more attention and recognition to this compact pieces of brilliance but to also highlight some of the best short films ever created. Reasons being vary, from inspirational causes, new age inventiveness, boundary pushing material, or overall well rounded superb examples of filmmaking.

Film Buffs - Lose Yourself In This Amazing Movie Map - The Big Picture Remember that Song Map we wrote about a while back? It was a litho print of an imaginary streetmap made up of song titles, and everyone loved it. Now the artists behind it, Dorothy, are back with the next in the series. Loosely inspired by the topography of Los Angeles, Film Map features over 900 movies including Lost Highway, Reservoir Dogs, Carlito’s Way, Jurassic Park, Nightmare On Elm Street, Valley Of The Dolls and Chinatown. For added nerd value there’s an A-Z key at the base of the map listing all the films featured, with release dates and the names of the directors.

The 15th Story Beat: More Lessons Learned from the Finale of My CENTS Kickstarter If my research of Kickstarter campaigns for film and video taught me anything, I learned the final days of most successful campaigns are wild rides. The Kickstarter for my upcoming feature film CENTS was no exception. Near the end of our Kickstarter, I shared lessons learned from the 15 story beats of our campaign, but since our campaign wasn’t finished, the 15th story beat had yet to be written. Now that our Kickstarter is done, allow me to take you behind the scenes of our final week to share more lessons learned from the exciting conclusion of our crowdfunding campaign. Before we jump into the details of the final days of the CENTS Kickstarter, let’s take a look at the funding progress of the campaign. You’ll notice our momentum started to pick up on Feb. 4, climbing steadily until Feb. 7, when we really took off.

Free: British Pathé Puts Over 85,000 Historical Films on YouTube British Pathé was one of the leading producers of newsreels and documentaries during the 20th Century. This week, the company, now an archive, is turning over its entire collection -- over 85,000 historical films – to YouTube. The archive -- which spans from 1896 to 1976 – is a goldmine of footage, containing movies of some of the most important moments of the last 100 years. A Massive List of Upcoming Grants All Filmmakers Should Know About Oakley Anderson-Moore 02.11.14 @ 9:00AM Tags : britdoc, creativecapital, documentary, features, filmindependent, financing, grants, ifp, itvs, macarthurfoundation, narrative, screenwriting, sundanceinstitute It seems like every week a grant deadline flies by, and you find yourself looking forlornly at the expired application for free money, mumbling “coulda been a contender.” To give everyone more time to work on your films and scripts — and a little less time researching how to fund them — scroll through the list below to find relevant opportunities for your narrative films, documentaries, and screenplays with deadlines this Spring. It’s hard enough to find grants, let alone decipher which ones might be relevant to your current project.

Captain 3D Presents.... balls of distortion Pump-Action in a Z depth warp field more distortions The Triangle of Choice The First 'Magic Eye' Music Video Explained: Learn How the Filmmakers Pulled It Off V Renée 02.8.14 @ 4:21PM Tags : 3D, autostereogram, blackisgood, howto, illusion, jaredraab, kinect, magiceye, musicvideo, randomdotautostereogram, RGBDtoolkit, stereogram, youngrival Chances are you’ve spent your fair share of precious time looking at (or trying to look at) one of those Magic Eye posters. You know what I’m talking about — those pictures that look like nothing but static until you relax your eyes enough to see the hidden T-Rex or Eiffel Tower pop out in 3D. These random dot autostereograms have been used for over half a century, but it wasn’t until recently that director Jared Raab created the first random dot autostereogram music video for the band Young Rival’s single “Black is Good”.

Lighting for Matching Closeups: A Spectacular Lighting Workshop with Danish DP Eric Kress There are few educational resources for cinematographers that are as rock-solid as the various publications, blogs, and podcasts from the American Society of Cinematographers. Last time we checked in with the ASC, we heard a podcast interview with Phedon Papamichael about his work shooting Alexander Payne’s delightful black and white road film, Nebraska. This time, accomplished Danish cinematographer Eric Kress DFF, (who shot the fantastic Swedish version of The Girl With The Dragon Tattoo) walks us through his approach to shooting matched closeups in this excellent workshop from Gokinema & thefilmbook. 4K Panasonic GH4 Has Arrived: 4K Up to 24FPS, UHD Up to 30FPS, & 1080P Variable to 96FPS The camera made its first appearance at CES in January, and now the 4K Panasonic GH4 is finally here. While we weren’t sure if Panasonic was going to create a whole new line with the camera, it seems like this is definitely some sort of successor based on Panasonic’s wording, and it is building off everything that was good about the GH3. We’ve got full specs and photos below, as well as the first video shot in 4K on the camera, so click through for more.