Grounded: The making of The Last of Us 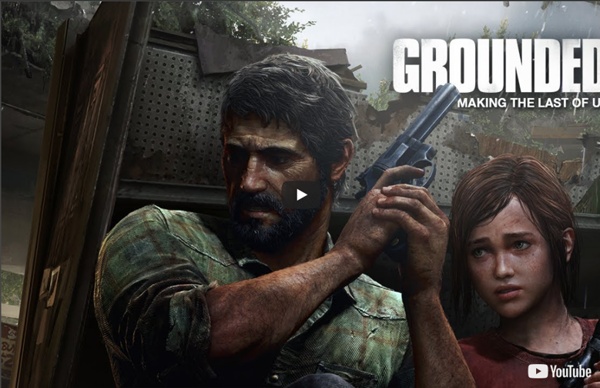 Game Developer Magazine Archive NOTE: You can find out how to obtain an unofficial full copy of this archive from a third-party website by reading the info found in this tread. Game Developer, an in-depth monthly magazine for exposing 'the art and business of video games', was published by UBM Tech (which also runs Game Developers Conference and Gamasutra.com) from 1994 to 2013. Following the magazine's closure in July 2013, we've compiled an archive and made them freely available here for all to enjoy. Digital Edition Archives Source Code & Utilities Archive

Liquidation totale par des cybercriminels - Fantasme ou réalité ? « Korben Korben Liquidation totale par des cybercriminels – Fantasme ou réalité ? Je suis un gros fan de la série des Die Hard et si je devais établir un classement, je dirais ceci : 1er prix: Die Hard 3Second ex aequo : Die Hard 1 et 23e prix : Die Hard 4 Avec une disqualification complète de Die Hard 5. Bref, malgré les critiques de l'époque, Die Hard 4 reste un bon Die Hard, même s'il s'est un peu lissé par rapport aux 3 premiers. Les petits gars d'Arte ont voulu savoir ce qui était plausible ou pas dans un tel scénario et en ont fait un super reportage ! Vous avez aimé cet article ? The Confessional: It took two years to cancel Singularity, and ten months to fix it The Confessional is an irregularly appearing column where we invite a developer into the booth to explain the flaws behind a game, and to give their thoughts on why they occurred. We can't absolve participating developers of their sins, but we can try to understand them. For a day, the game was cancelled. Dates had been missed, and the project was nowhere near complete. Perhaps the most painful realization was that we had brought this on ourselves. The decision to can the game wasn't complicated. This wasn't the end of the story The game did eventually ship, and earned a respectable 76 Metacritic score, so what turned it around? Only a hint of our earlier intentions made it into the shipping version of the game Complete control of the project was handed to the Marvel team, and there was a hard deadline of ten months. Welcome to game development. We took the deal, as this was the only chance we had to see the game through to completion. Yes. This wasn't development, it was triage.

Slawa Deisling's Blog - How to get on consoles as an Indie The following blog post, unless otherwise noted, was written by a member of Gamasutra’s community. The thoughts and opinions expressed are those of the writer and not Gamasutra or its parent company. My name is Slawa Deisling and I'm Co-Founder and programmer at Behind The Stone, a really small indie-studio from Hamburg, Germany. We're so indie, you probably never heard of us, and that's ok. Maybe you're asking yourself now: "Alright. No-Name indie. Besides working on our game I'm active in my local indie-dev-community as one of the organizers of our regular local meetup (if you should ever be in or around Hamburg at the right time, come around:www.indietreff.de) and at the last one I did a talk: "How to get on consoles as an indie" Though we develop a PS Vita-exclusive title we're also licensed developers for the XONE and the WiiU. Now you might say: "Well, developing for consoles is nothing exceptional anymore, isn't it?" It is. As mentioned above getting on consoles is easier today.

Uncharted: Golden Abyss Written primarily by writer and director John Garvin, the following incredibly detailed postmortem follows the ins and outs of Sony Bend's development of Uncharted: Golden Abyss, the PlayStation Vita launch title and premier game. Somehow, we managed to pull it off. Not only did we ship on schedule with the hardware, but we were able to hit all of our milestones, including key demos for the 2011 PlayStation Meeting hardware reveal (when the PS Vita was still being called NGP) and the 2011 E3 press conference, where Bend Studio co-director and technical director Chris Reese and I demoed the game live on stage. Uncharted: Golden Abyss became the PS Vita showcase title, acting as Sony's ambassador to third party developers, media and gamers. It was our job to show what could be done with a next-generation handheld and we delivered. We also think we managed to build a pretty darn good Uncharted game... but it wasn't easy. 1. (Note: Interestingly enough, "Story" is also in What Went Wrong. 2.

For Amusement Only: the life and death of the American arcade If you’ve never been inside a “real” arcade, it could be hard to distinguish one from say, oh, a Dave & Buster’s. Authenticity is a hard nut to crack, but there are a few hallmarks of the video game arcade of days gone by: first, they have video games. Lots and lots of video games, and (usually) pinball machines. To say that Nolan Bushnell single-handedly created the arcade would probably be overstating it: coin-operated machines had been popular in America for decades by the time he got his start in the early '70s, and the pinball arcade had a storied (and notorious) spot in American history. Sticky TOC engaged! Youth Gone Wild Youth Gone Wild The arcade has always been aligned with the coin-operated amusements industry, and — since the birth of pinball — with youth. The first full-fledged and highly publicized legal attack on pinball came on January 21st, 1942, when New York City Mayor Fiorello LaGuardia banned pinball in the city, ordering the seizure of thousands of machines.

Prince Of Persia: Sand Of Time In 2001, a small team within Ubisoft’s Montreal studio led by producer Yannis Mallat began concept development on the project that would become Prince of Persia: The Sands of Time. Initially a consultant, I later joined the team as writer and game designer. Being part of this project was a great experience and I’m glad to revisit it for this book. By its nature, video game writing is inextricably bound up with game design, level design, and the other aspects of production. In this chapter I’ll try to shed some light on the creative and technical decision-making processes that went into crafting the story and narrative elements of Prince of Persia: The Sands of Time (POP for short). Storytelling is, of course, just one aspect of game design. Rule #1: Do It, Don’t View It. What kind of story does a video game need? The traditional way to tell a story in a video game is to create a series of cinematic cutscenes that serve as “rewards” - transitions between gameplay levels. Good Cutscenes: 1.