The Innovation of Loneliness 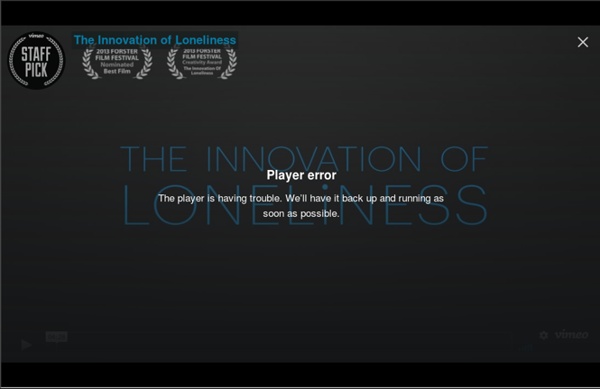 Images by Circos in Publications: Newspapers, Magazines, Books and Journals Images created with Circos in published literature, except in cases of citations to other software that implements a Circos-like display. For a list of papers that used Circos, see Circos citations. The images here and the list of citations hasn't been updated for quite some time. The $200 Los Angeles Bike Ride Music Video This is a Guest Post by Nick Roberts of “And the Giraffe” A short introduction about myself: My name is Nick Roberts and I play in a band called “And the Giraffe” based out of Nashville, TN. A few months ago, after putting out our second album, we decided to shoot a music video to support the single from the record. The 20 Mistakes You Don’t Want To Make In Your 20s Your 20s compose undoubtedly the most pivotal time in your life. While there are plenty of temptations and distractions, the decisions you make here are truly what dictate your future, as the weak fail and only the strong survive. Do you have what it takes to become a monumental success? Or will you live out a life of mediocrity? The choice is up to you. While many think they have all the answers and the keys to success, we have seen those people make the same pitfalls too many times before.

The Painful Truth About Filmmaking No One Tells You When You're Just Starting Out YouTuber and independent filmmaker Darious Britt is back, this time with some hard truths about independent filmmaking that are sure to be painful to hear for anybody just starting with making their own films. Despite the bleak outlook, this video is one of the most inspiring things you'll see this week. Take a look. The painful truth is this: filmmaking -- particularly the independent variety -- is an uphill battle, and that's putting it mildly. For most of us, every step along the way will be fraught with unforeseen obstacles, most of which we won't have the proper time, money, or physical resources to solve. Some of these obstacles are technical, and can be solved with some ingenuity and a few healthy strips of gaffer's tape.

75 Years In The Making: Harvard Just Released Its Epic Study On What Men Need To Live A Happy Life In 1938 Harvard University began following 268 male undergraduate students and kicked off the longest-running longitudinal studies of human development in history. The study’s goal was to determine as best as possible what factors contribute most strongly to human flourishing. The astonishing range of psychological, anthropological, and physical traits — ranging from personality type to IQ to drinking habits to family relationships to “hanging length of his scrotum” — indicates just how exhaustive and quantifiable the research data has become. Recently, George Vaillant, who directed the study for more than three decades, published the study’s findings in the 2012 book Triumphs of Experience (Amazon) and the following is the book’s synopsis:

NASA Graphics Standards Manual "A driving force and the use of innovative techniques and ideas have brought NASA the image of a get-it-done agency, and the record backs up the reputation. As we move ahead to an even more exciting era in aeronautical research and space exploration, we have added a new tool to enhance and symbolize the progressive path we have always followed. Not as suspenseful as a Command and Service Module splashdown nor as dramatic as a Mariner flyby, it is nonetheless of major importance because it is designed to achieve maximum communication of the agency's program objectives, both internally and externally. We have adopted a new system of graphics-the visual communications system by which we are known to those who read our publications, see our vehicle markings and signboards and the logotype that unmistakably brands them as NASA's."

Comments Arguably the most articulate human being the world has seen. He shares a very important message, while doing so in a way that provokes both our inner thought processes and a hidden love for poetry. Good man! Great message! Sri Pavan Sunnam Fantastic message which ended with an open question to us. This Guy’s Wife Got Cancer, So He Did Something Unforgettable. The Last 3 Photos Destroyed Me. The first time photographer Angelo Merendino met Jennifer, he knew she was the one. They fell in love and got married in New York’s Central Park, surrounded by family, friends, and loved ones. Five months later Jen was diagnosed with breast cancer.

Art of the Menu About Art of the Menu, is a division of UnderConsideration, cataloguing the underrated creativity of menus from around the world. Art of the Menu uses Typekit to render Proxima Nova by Mark Simonson and Adelle by Type Together. Art of the Menu is run with Six Apart’s MovableType 6.3.2 Syndicate / RSS Feed All comments, ideas and thoughts on Art of the Menu are property of their authors; reproduction without the author’s or Art of the Menu’s permission is strictly prohibited Crazy4Cult Art Immortalizes Cult Movies inShare0 Billy Perkins' mushroom-cloud-layin' M.F. pays tribute to Pulp Fiction and makes an eye-grabbing cover for the Crazy4Cult: Cult Movie Art book. Shepard Fairey's Obey Billboard echoes sci-fi flick They Live's theme. Joe Faux's Citizens of Mongo poster pays tribute to Flash Gordon. Jeff McMillan's We're Going to Need a Bigger Bunny takes a bite out of Jaws.