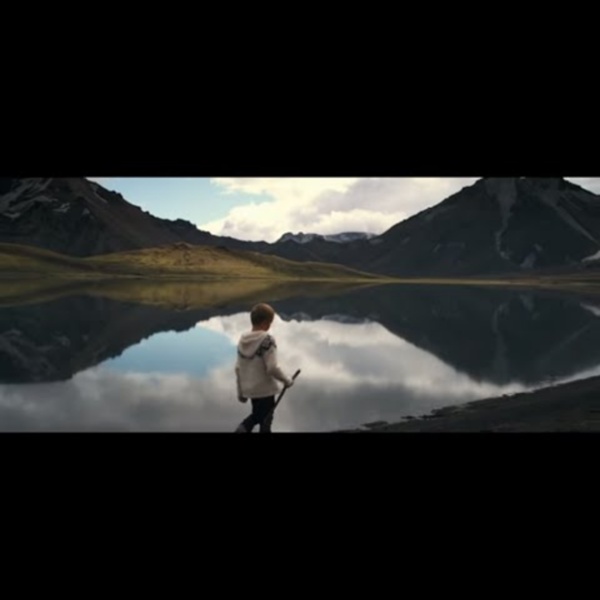 Night work - 1.4 Paris-based Kendy Ty writes, shoots and edits short films in his spare time on zero budget. Take a look at his latest beautifully shot intrigue Did you shoot Veuve Noire outside of your day job? Reasons Spicy Foods And Peppers Are Good For The Health Many thought that eating spicy food can cause ulcer or any other stomach illnesses. However, as studies show, chili peppers, jalapeño, and other hot spices can actually help prevent gastric problems and even protect the body’s stomach lining. This is a good news for lovers of hot and spicy foods. There are actually more other health benefits that they can get from eating jalapeños and other spicy foods. Check these out. Bon Iver Bon Iver (/boʊn iːˈvɛər/ bone-ee-VARE[1]) is an American indie folk band founded in 2007 by singer-songwriter Justin Vernon. The band also includes Michael Noyce, Sean Carey, Colin Stetson and Matthew McCaughan amongst others. Vernon released Bon Iver's debut album, For Emma, Forever Ago independently in July 2007. The majority of that album was recorded while Vernon spent three months in a cabin in northwestern Wisconsin. Bon Iver won the 2012 Grammy Awards for Best New Artist and Best Alternative Music Album for their album Bon Iver, Bon Iver.[2][3][4] The name Bon Iver is derived from the French phrase bon hiver (French pronunciation: ​[bɔn‿ivɛːʁ]), meaning "good winter",[1] taken from a greeting on Northern Exposure.[5] History[edit]

This Eerily Beautiful Dystopian Short Film, Shot by Chris Doyle, Will Leave You Wanting More In the past two years, I have written about quite a few cinematographers. Of that hefty group, few have stolen my heart quite like Hong Kong-based DP Christopher Doyle, whose cinematographic work with legendary director Wong Kar Wai will go down as some of the best in history. A new Doyle-shot short film just so happens to be making its way around the web, and, as you might expect, it looks absolutely fantastic. The film is called The Sand Storm. Directed by Jason Wishnow, the short is a self-proclaimed "lo-fi sci-fi" look at a nearby dystopian future in which society is facing rampant water shortages and where technology is as much of a hinderance as it is an asset.

Top 23 Amazing Destinations In Mindanao Just when you thought only Luzon and Visayas has the most fine-looking tourist attractions in the Philippines to explore then Mindanao will definitely prove you wrong. In the farther reaches of Southern Philippines lie several amazing destinations which awaits to be visited. Allow yourself to be mesmerized by the stunning sightseer spots in Mindanao and find out why this place has won the hearts of several adventure travellers. Album Reviews: For Emma, Forever Ago The biographical details behind the creation of an album shouldn't matter when it comes to a listener's enjoyment, but For Emma, Forever Ago, Justin Vernon's debut as Bon Iver, exudes such a strong sense of loneliness and remoteness that you might infer some tragedy behind it. So, to skirt the rumor mill, here are the particulars, as much or as little as they might apply: In 2005, Vernon's former band DeYarmond Edison moved from Eau Claire, Wisconsin, to North Carolina. As the band developed and matured in its new home, the members' artistic interests diverged and eventually the group disbanded. While his bandmates formed Megafaun, Vernon-- who had worked with the Rosebuds and Ticonderoga-- returned to Wisconsin, where he sequestered himself in a remote cabin for four snowy months. During that time, he wrote and recorded most of the songs that would eventually become For Emma, Forever Ago. For Emma isn't a wholly ascetic project, though.

This Delectable Doc Series on Gourmet Sandwiches Reminds Us to Follow Our Passions You may remember Roberto Serrini from his stylish short doc about a motorcycle mechanic who hates motorcycles. However, Serrini is also a sandwich fiend on a quest to find and document the world's best sandwiches. In honor of National Sandwich Day -- yes, it's a real thing, look it up -- we're sharing the no-budget web series boldly titled Make Me a Sandwich, which was brought into existence by Serrini and producer/world-renowned chef Jeremy Spector. The pair set out to find NYC's best chefs and have them craft their idea of the perfect sandwich. What they came up with might very well be some of the most mouthwatering sandwich-based documentary content ever produced.

A Filipino native who's cooked for Guy Savoy and Thomas Keller opens Rice Bar in downtown L.A. Rice Bar, a diminutive Filipino counter restaurant in downtown Los Angeles, is to a normal restaurant kind of like what tiny houses are to conventional houses. Seven neon yellow stools are jammed up to an L-shaped marble counter that takes up the majority of the 275-square foot space. Behind that counter, Rice Bar's chef and owner Charles Olalia cooks on a jigsaw system made up of three rice cookers, two hot plates, a griddle and a warmer.

Bon Iver – iTunes Session live EP (Incl. a cover of Björk’s “Who Is It” For many of you who have experienced Bon Iver live, the refreshing release of Bon Iver’s iTunes Session EP will definitely bring out the nostalgia. Made up of versions of material from last year’s self-titled album and a cover of Björk’s “Who Is It”, this delightful seven track is definitely catered to the Bon Iver fans. It also features a low-jazzy version of “Beth/Rest”. Watch: Tarantino-esque 'Moto Borgotaro' Breaks the Biographical Short Doc Mold It turns out that not all biographical short docs these days are exactly alike. A few weeks back, we shared a hilarious parody of a documentary style that has become all too common in today's internet culture. The style consists of plentiful voiceover, often soft and contemplative, slow motion shots of a subject as they take on mundane tasks, copious amounts of silhouetting, backlighting, and shallow depth of field, all of which is topped off with an emotive, atmospheric soundtrack.

The Unthinkable has Happened! Meat Industry Embraces Plant-Based Meat If you are remotely interested in the food industry, visited a grocery story or eaten out lately, you’ve probably heard of the biggest food story of the century. This time, it isn’t a trend, a diet, or a weight loss program that’s sweeping the nation and changing the way millions of people eat. It’s a shift that has been years in the making but is finally starting to take shape in a way that just cannot be ignored. Americans are falling out of love with meat. Thanks to the growing awareness that meat is not the healthiest or the most sustainable source of protein, demand for alternative protein sources are at an all time high. One-third of Americans are choosing to leave meat off their plates more frequently.

Adam Newport-Berra's 'Greenwood' Will Make Your Eyes & Ears Happy In the hustle and bustle of today's film world, it's rare to find a piece that so rigorously carves out space for quiet contemplation. This beautiful short Greenwood is a 20-minute favor to yourself. Filmmaker Adam Newport-Berra, (DP of Creative Control, First Winter) follows two men into the forest of upstate New York as we watch a slow, patient process unfold before our eyes. I got to chat with Adam about narrative vs. documentary coverage, the pros and cons of directing and DPing simultaneously and the dangers of feeling comfortable on set. I think the hardest thing for our generation to do is find some sort of stillness.